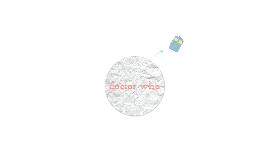 Transcript: for those who aren't aware "cyber-" began to be more commonly used as a prefix in the 1960s, microsurgery had just graced the medical world the public feared the possible repercussions of such "dangerous meddling" these fears manifested in DW in the form of Cybermen pushed the boundaries of acceptable gore/violence in children's television redefined the genre of science fiction 1963-1989, 2005-present follows the adventures of a time-traveling alien known as the Doctor, who flies around in a time/space navigational ship called the TARDIS believed in racial purity totalitarian government, led by an authoritarian dictator cast out a lesser division of Kaleds members of this sub-species, referred to as "Mutos", were either exiled entirely or forced to work in labor camps doctor who Melanie Bush screamed a lot basically served the sole purpose of being a sounding board for The Doctor's musings screamed a lot the empire that might have been "EXTERMINATE!": women are cool too, you know references Kaleds, the predecessors of the Daleks, directly reflected the ideals of Nazism. ways in which Doctor Who has shaped popular culture theme song affected musical styles in England Martha Jones intelligent independent "Some people think of her as weak, since she fell in love with the Doctor, but she is strong because she made the choice to leave. By not allowing herself to depend on a man, and instead depending on herself, she proved herself to be a remarkably powerful woman." cyber and present danger http://www.mentalfloss.com/blogs/archives/19068 http://tardis.wikia.com/wiki/Kaled http://www.guardian.co.uk/culture/tvandradioblog/2007/mar/28/doctorwhothefivebestandw Robb, Brian J. Timeless Adventures: How Doctor Who Conquered TV. Harpenden, Herts [England: Kamera, 2009. Print. 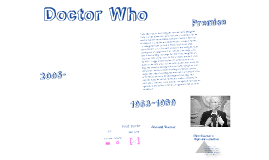 Transcript: Doctor Who Premise Doctor Who is about a time traveling alien named the Doctor. Although the Doctor is an alien he looks like a human. The Doctor is a Galifreyan from the planet of Galifrey in the constellation Kasterborous. Sadly he is the last of his people known as the time lords. All the time lords were killed in the time war. Although the Doctor can travel in time he cannot save his people because the time war is a fixed point, and locked in time( meaning the Doctor cannot go back and change it even if he wanted to). If you change a fixed point in time everything would change. The Doctor travels through time and space in his T.A.R.D.I.S. (This stands for time and relative dimension in space). The TARDIS is bigger on the insode than it is on the outside. He saves planets and the Earth. He has saved the Earths countless times. He also fixes things that shouldn't be happening in time. Like if Hitler didn't gain power of Germany. This would have prevented many things and therefore cannot be changes. Hitler's reign and everything that he has done is an example of a fixed pint in time. He does not do this alone though. He travels along with a companion to keep him company. The time lords devolped a special trick to cheat death. If a time lord were to die he/she would regenerate. The Doctor has regenerated at least 11 times. A time lord can regenerate if they are not to mortally hurt. 1963-1989 First Doctor William Hartnell Played the role of the first doctor from 1963 to 1966. A total of four seasons. Some of the seasons were run in color some in black and white. 1st Doctor's Companions Susan Foreman Barbara Wright Played by Jaqueline Hill. Barbara was a school teacher along with Ian Chesterton. Ian Chesterton Producers for the First Doctor Verity Lambert 1963-1965 86 Episodes John Wiles 1965-1966 24 Episodes The first Doctor's outfit included a long ribbon somewhat tied in a bowtie, a coat, and other regular clothes. Definetly not as flashy as other Doctors Played by William Russel First Doctor's Signature Clothes 2005- Second Doctor Played by Carole Ann Ford. She was the Doctor's grandaughter 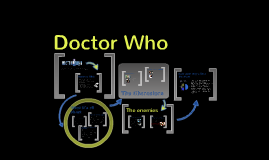 Transcript: Doctor Who They’re British, who doesn’t love their accents Every episode is new and exciting It’s available on Netflix!!! There’s a lot of episodes so you never run out There has yet to be an episode who’s ending is predictable They frequently bring back your favorite characters It’s funny There’s never a time you don’t want to watch one What it's all about The Characters Famous enemies continued Famous enemies The Daleks They always find a way to come back Good at taking over, but they are constantly committing mutiny and abandoning their leader for their own progress The cybermen In a parallel universe of earth an evil man invented a way to “improve” humans Taking humans, they converted them into metal men using a painful procedure which left them only the will to convert more humans into cybermen Summary Slide Presentation by: What is all the fuss about? Just a little background Reasons why Doctor Who is the best The Characters The Characters continued Famous enemies Famous enemies continued How much they affect the show Annika Bontrager The Characters continued The Doctor has the power to regenerate, or resurrect, when he dies. If he doesn’t die too fast his body rebuilds itself into a new person with the same memories. No matter what he says, The Doctor always has, and needs, a companion who travels with him. The Doctor is awesome Just a little background The enemies Doctor who, possibly the best show ever brought to earth, is a sci fi wonder about an incredible man named, The Doctor. He travels around space and time, saving humans, aliens, and cultures from rising evils of every kind. No matter the danger, or sacrifices, the Doctor will find a way to save the day while being his own quirky self the entire time. The Doctor: Insanely smart Funny Brave Quirky Loves bow ties Amy Pond: Curious Dependent Kind brave The Characters What is all the fuss about? Reasons why Doctor Who is the best Rory: Loyal Loving smart River song/Melody Pond: Brave Smart Half time lord Mysterious How much they affect the show The Doctor obviously being the main character is the most important but he has influences. He really cares about Amy, who’s married to Rory, but River also makes a difference because of a secret you don’t deserve to know unless you’ve actually seen the episodes 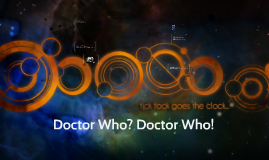 Transcript: Doctor Who first started at 1963 as a low-budget children's show After the sixth season, Doctor Who ended it's black and white era, and produced in color. It became more "modern"， ａｎｄ ｍｏｒｅ ｓｅｒｉｏｕｓ， ｇｒａｄｕａｌｌｙ ｇａｉｎｅｄ ｍｏｒｅ ｐｏｐｕｌａｒｉｔｙ Ｔｈｅ ｓｈｏｗ ｗａｓ ｃａｎｃｅｌｅｄ ｉｎ １９８９ ａｆｔｅｒ ｔｈｅ ２６ｔｈ ｓｅａｓｏｎ（７ｔｈ ｄｏｃｔｏｒ） Ｉｎ ２００５， Ｄｏｃｔｏｒ Ｗｈｏ ｆｉｎａｌｌｙ ｒｅｔｕｒｅｎｅｄ ｗｉｔｈ ｎｅｗ ａｃｔｏｒｓ， ｗｒｉｔｅｒｓ， ａｎｄ ｂｕｄｇｅｔｓ Evolution from Classic to Revival! And, Doctor...Who? Doctor Who has been recognized for several different rewards such as the longest running science fiction television series by Guinness World Record Doctor Who influenced many different British TV shows after its 2005 revival Doctor Who is recognizably even emblematically British, it is part of the British culture(Paul Booth, Doctor Who) Doctor Who is planted in the nowadays British Culture Doctor Who is many British people's childhood memory, they grew up within it, and they definitely proud of it(Interview of David Tennant and Russel T. Davis and SDCC， 2009) Lastly...do you know? Doctor Who? Doctor Who! About the Show! Impact of this Amazing show! A British Sci-Fi show that started at 1963 Adventure through time and space with the Doctor Aired from 1963~1989, then canceled because of a low number of audience Returned on the television at 2005, Revival Doctor Who series, still on BBC today Doctor Who evolves through time, and with its audience Humanity, Morality, Promises.... We can learn and think a ton from Doctor Who The Doctor is a complex character that leads the whole story, and the reason of most people who get so caught up with this show Like me! Let's start with a short introduction! Ｗｈｙ? 50 years! Police Phone Box? Or the TARDIS? 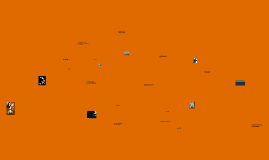 Transcript: Doctor Who The Stone Rose by: Jacqueline Rayner The Settings Rome A.D 120 London The Doctor and Rose find an exact replica of Rose in a mueseum... ...and travel to Rome A.D. 120. They meet a man named Ursus,whose son went missing... ...and a girl named Vanessa who can predict the future. Rose agrees to pose for Ursus' statue... ...but Rose finds herself dealing with a very dangerous man. What will happen next? Read the book and find out. So if you like... Sci Fi... Adventure... Comedy... And you're between the ages: 9 to 25 Then you will enjoy this British Sci-fi book! A picture of the most recent Doctors... The End! 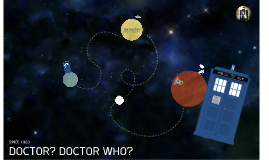 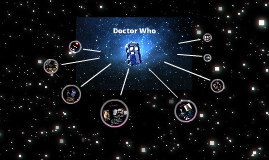 Transcript: Karen Gillan & Arthur Darvill as Amy & Rory Pond Time Lord Over 900 Years Old Protagonist Travel with the Doctor Act as foils for the Doctor Their time with the Doctor tends to end badly 2005-Present The Modern Era 1996 The Monsters Gallifreyan Alphabet Doctor Who Doctor Who The TARDIS The Doctor Doctor Who Convention - Gallifrey Doctor Who & Harry Potter Billie Piper as Rose Tyler Whovians 1963-1989 Success & Spin-Offs The Eras of Doctor Who Time And Relative Dimension In Space The Companions The Classic Doctor Who Spin-Off The Failed Revival 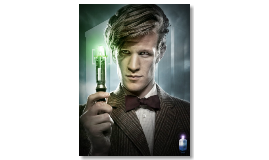