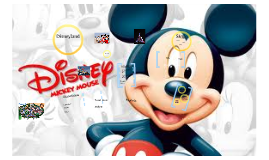 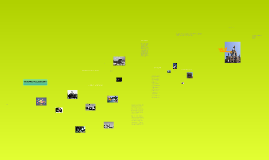 Transcript: THE HAPPIEST PLACE ON EARTH DISNEY LONG AGO One day Walt Disney had a vision. It was a vision of a place where children and parents could have fun together. The more Walt dreamed of a "magical park," the more imaginative and elaborate it became. The original plans for the park were on 8 acres next to the Burbank studios where his employees and families could go to relax. Although, World War II put those plans on hold. During the war, Walt had time to come up with new ideas, and creations for his magical park. It was soon clear that 8 acres wouldn't be enough. Finally in 1953, he had the Stanford Research Institute conduct a survey for a 100-acre site, outside of Los Angeles. He needed space to build rivers, waterfalls, and mountains; he would have flying elephants and giant teacups;a fairy-tale castle, moon rockets, and a scenic railway; all inside a magic kingdom he called "Disneyland." Location was a top priority. The property would have to be within the Los Angeles metropolitan area, and accessible by freeway. It would also have to be affordable: Walt's pockets were only so deep. FUN FACTS Location: DISNEYLANDΩ park, The Happiest Place on Earth, is located approximately 27 miles southeast of Los Angeles. Its hometown is Anaheim, California. Size: The magic lands and public areas of DISNEYLAND occupy 85 acres of ground. Guest parking for 10,250 vehicles. Lands: The magic of DISNEYLAND comes to life in eight "themed" lands: ADVENTURELAND Exotic regions of Asia, Africa, India and the South Pacific, featuring the thrilling attraction, Indiana JonesÔøΩ Adventure. CRITTER COUNTRY A down-home, backwoods setting for Splash Mountain and the Country Bear Playhouse. FANTASYLAND A happy kingdom of storybook enchantment awaits beyond Sleeping Beauty Castle. FRONTIERLAND An exciting realm of pioneers and a return to the Old West. MAIN STREET, U.S.A. A composite of small-town America, circa 1900. NEW ORLEANS SQUARE The jazzy home of quaint shops, and the classic Pirates of the Caribbean and Haunted Mansion attractions. TOMORROWLAND A launching pad for space age attractions into imagination and beyond. MICKEY'S TOONTOWN A three-dimensional cartoon world, hometown to Mickey Mouse and his friends. RIDES WE WON'T RIDE CALIFORNA SCREAMING BOOMERANGE TOWER OF TEAR (MAYBE) THE MOVING FAIRIS WHEEL CARS h WHAT ARE HIDDEN MICKYS Early Walt Disney Studio artists were famous for hiding secrets and characters in the cartoons and features they created. When those animators became the first Disneyland Imagineers, the practice continued at the parks. The Imagineers originally created Hidden Mickeys as inside jokes, then began hiding Mickeys in and around the Disney Parks and attractions. Since then, Hidden Mickeys have grown to become a popular part of everything Disney. Officially, a Hidden Mickey is a complete or partial image of Mickey Mouse, that has been purposefully hidden by Disney's Imagineers, Artists or Cast Members. Hidden Mickeys can be found in, on or around Disney attractions, hotels, restaurants, stores and even Disney feature films. Most of the images are hidden or designed to blend into their surroundings. The most common Hidden Mickeys are three connected or intersecting circles (always correctly proportioned), placed to form the outline of Mickey's head and ears. These are known as the Classic Mickey THANKS FOR WHATCHING WE HOPE YOU LEARNED SOMETHING NEW SOMTHING NEW SO ABOUT THE ROOMS............ THE CINDERELLA CASTLE SUITE????????????? GGG WILL WE RIDE MOSTLY ALL THE OTHER ONES NOW THANKS FOR WHATCHING WE HOPE YOU LEARN SOMETHING!!!!!!!!!!!!!!!!!!! 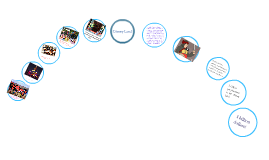 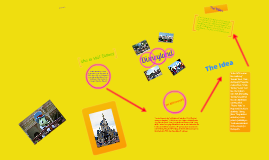 Transcript: Who is Walt Disney Walter Elias Disney was born on December 5, 1901. He was the 4th child out of 5. All boys. Their parents were Ealis and Flors Disney. When Walt was four they moved from Chicago to Marceline, Missouri. In Missouri It was in Missouri when Walt invisioned Main Street U.S.A "the front entrance to disnyland." In 1923 he moved to Hollywood with his brother Roy. There he opened Disney Bros. Studio now known as Walt Disney Studio. Business was going well until their contract ended, at that time the brothers and and their new partner Ub Lwerks created a new character named Mickey. They had 187 employes at the time which was way more than they had in 1925 when they only had 6 employes. The Idea In the 1940's came the creation of Donald Duck, Pluto , and Goofy.They also crested Snow White. During World War two the brothers were hurt financially. Luckily Roy started his own distribution copany called "Buena Vista" so they would be able to distribute Disney films. They started achieving a long period of stability so Walt was interested in the concept of a themepark. The Vision When Mr.Disney thought about a themepark he wanted it to be a place where kids and their parents can relax and be together in a funfilled envronment. He wanted to attract people of all ages to come and enjoy Disneyland , "The place where dreams come true." Disneyland park Disneyland 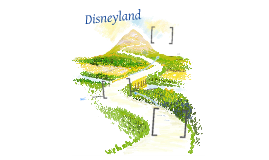 Transcript: Have you ever Been to Disneyland? Some things we will learn.... Walt Disney Famous Rides Secrets Walt Disney Life story Why Disneyland Famous Rides Slash Mountain Thunder Mountain Indiana Jones Warning for these rides and Information Secrets Walts Apartment Pin Trading Here are the surprising, often hilarious reactions of children (and grownups) to the wonderful world Walt Disney built to make his dreams come true Says ROBERT CAHN You should go to Disneyland for the fun of everything that's there, being with your family, and doing a little bit of pin trading. Disneyland Family Crest ARE... 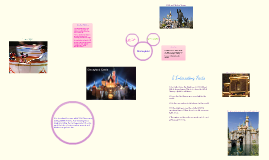 Transcript: 5 Interesting Facts • A candle above the fireplace on Main Street U.S.A always burns. This is to show that Walt Disneys' Spirit is still there. • It was the first theme park ever built in the world. • It is the second most visited park in the world. • If the employees see the candle in Walts apartment turn off they have to notify someone right away. • The spires on the castle are made out of karat gold except for one. The candle that is always lit up It is a landmark because while Walt Disney was visiting Griffith Park he was watching his 2 daughters riding the merry-go-round. He came up of the idea of a place where parents and children can go have fun Walt and Mickey Mouse Teacups The spires on the castle are karat gold except for one Thank You! •Disneyland is located in Anaheim, California •The entrance fee cost $81.00 if you are ages 3-9, it cost $87.00 if you are 10 and up. •It cost over 17 million dollars to build Disneyland. •The National Natural Landmarks program is the organization that determines whether a site or area becomes a landmark. •The way that Disneyland became a landmark was because of it's outstanding construction and designs. •It was given landmark status in 1955 •It became a landmark status because eventually, the steam trains and monorails became "officially" Disneyland's property. Fun Facts More than 515 million people have visited Disneyland. Disneyland was built from July 29, 1954 to July 17, 1955. Disneyland Landmark Status Disneyland Castle