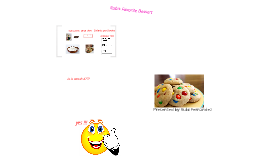 Transcript: Rubis Favorite Dessert is it worth it??? Presented by Rubi Fernandez yes !!! Ingredients prep time Calories per Serving calories 138 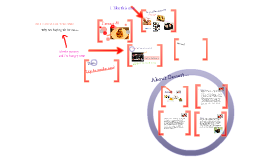 Transcript: Chinese dessert.... 甜點由來 最早的蛋糕 Yummy! The first desserts were crusty, made from raw honeycomb and dried dates. It was not until the Middle Ages, when sugar was manufactured, that people began to enjoy more sweet desserts, but even then sugar was so expensive that it was only for the wealthy on special occasions. Early origins of popular frozen desserts, such as ice cream, trace back to the Middle Ages when royalty would request fresh ice flavored with honey or a fruit syrup. First........ look how others make! it looks yummy and i'm hungry now Dessert ! Japanese ... Then.... Second............. Dessert !!!! OR I CAN MAKE YOU ONE! why not buying sth for eat>< French dessert... Try to make one! Common Western desserts include cakes, biscuits, gelatin dessert, pastries, ice cream, pies, pudding, and candies. Fruit may also be eaten with or as a dessert. Variations of desserts can be found all around the world, such as in Russia, where breakfast foods such as bliny, oladi, and syrniki served with honey and jam are also popular as desserts. Desserts are sometimes eaten with a dessert spoon, intermediate in size between a teaspoon and a tablespoon, or a "fruit spoon". 最原始的麵包 最早的蛋糕 甜點由來 In cultures around the world, dessert or pudding is a course that typically comes at the end of a meal, usually consisting of sweet food. The word comes from the French language as dessert and this from Old French desservir, "to clear the table" and "to serve." The etymology is linked to the medieval practice of a two part meal. During the first nobles (at a high) and servants (separate) would eat together in the same room. During the second - dessert, the noble family would retreat in separate private quarters for an intimate part of the meal without servants. The food consumed during dessert included but was not limited to sweets. History 最原始的麵包 Do you like dessert??! It shows you how chefs do fabulous dessert! English dessert.... i like this one About Dessert..... Top Chef Just Desserts The Origin 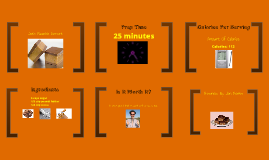 Transcript: It tastes great. I think its worth a mile or two to run. Is It Worth It? Calories: 112 Prep Time Presented By: Jon Thomes 2 cups sugar 1/2 cup peanut butter 1/4 cup cocoa Ingredients Jon's Favorite Dessert Amount Of Calories Calories Per Serving 25 minutes 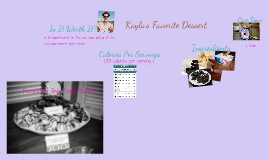 Transcript: Kayla's Favorite Dessert Ingredients Prep Time 1 hour Calories Per Servings 137 calories per serving :( it is beyond worth it. The oreo balls and all of the chocolate melt in your mouth. Is It Worth It? Presented By: Kayla Sands 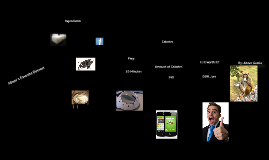 Transcript: Abner's Favorite Dessert Ingredients Prep 20 Minutes Calories Amount of Calories Is it worth it? DUH...yes By: Abner Garcia 360 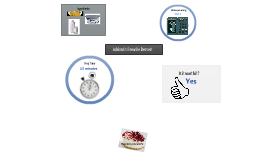 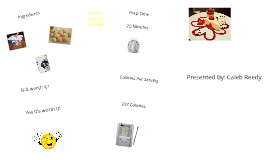 Transcript: Caleb's Favorite Dessert Ingredients Prep Time 25 Minutes Calories Per Serving 297 Calories Is it worth it? Yes it's worth it! Presented By: Caleb Reedy