Transcript: The study of human populations Dates vary depending on the source. In our text(pg145) Generation X is included in the bably boom. Other sources use 1961(66)-1976(81). We will use our handout as a reference. Baby Boom Demographers provide many useful services: * Demographics Increased birth rate of a country and a corresponding population increase. In the years following WWII (1946-1966) men returned from war, marriages increased, and the result was the Baby Boom. The Baby Boomer demographic includes (Boomers, Yuppies, Dinks and Generation Xers)* identify different age segments and make recommendations about the social and economic needs of various groups project population growth rates into the future - governments use this data to plan ahead help determine immigration policy and immigration rates. anthropologists use this data to study the reasons for changing population growth. 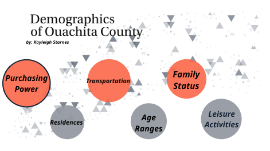 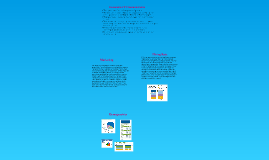 Transcript: Generation Y Characteristics Demographics Marketing With the unemployment rate skyrocketing, many people under 30 years old are worried. The rate for teenage workers, from 16-19 %is pproaching 20 percent. But as for workers over 30, their employment rate is 7% and decreasing as they get older, Generation Yers often have to stand in line behind their more senior employees. One of the reasons why the unemployment rate is higher for teenagers as opposed to people 30 and over, is because teenagers are more eager to look around for jobs, and still live with or around their parents, so they barely take jobs given to them. As for the older people, if they are 50 years old with a mortage, they will take any job given to them. (Said by an Economic Professor) Their parents are from the "baby boomer" generation. The parents enthusiasm towards their pregnancies is shown by them shouting statements like "Baby On Board" and "Precious Cargo". They were raised in a society that encourages them to be more civic-minded. Most believe that it is their duty to enhance their community when it comes to argumentative fields like race, gender, the enviroment, religion, and other politics. Professionally some are known to be extremely optimistic, technologically advanced, and set on inmense prospects. But others could be easily discouraged and more focused on a more personal inquiry. Marketing has changed in many ways throughout generations. There are different marketing tactics to get to the Generation Yers. Members of the Generation Y know much of technology and are fond of social networking. They cannot be reached by traditional marketing methods, everything should be direct and as up-to-date as they are. Studies show that ig you dont go up to the Genertaion Y, they wont come up to you, some ways to do so is joining their networks, for exmple, Facebook, Twitter, or maybe even Myspace. Studies also show that the Generation Y would prefer to communicate via text or via e-mail, iou don't have any of the two it will be hard to communicate with Generation Y and reach out to them. Hiring Rate 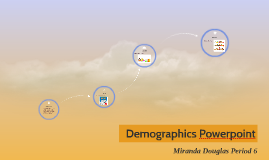 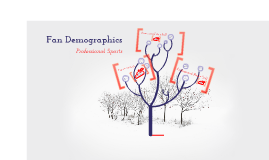 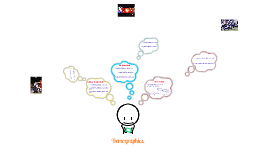 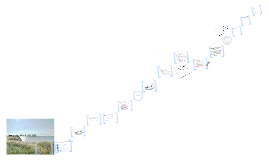 Transcript: "Little ice age of the 1600s Not enough food Death 1700s milder climate population growth Falling death rates, not rising birth rights (except England) lower death rate Periods of fluctuation of growth and decline but long-term trend = still positive Cost of grains grew slightly more than average, and even more than other agricultural products Strengthened marketing networks Farm families, in England, france and the Netherlands, could not earn their lives on agriculture. solution was domestic manufacturing. bad harvests -> "tide-like cycles" of population fluctuations most married in late 20s -> kept population growth in check birth rates in ENGLAND increased also unemployment, pessimism, decline in marriages and child births -> lower birth rates and higher death rates -> POPULATION DECLINE Impact of Inflation The Economy Before Industrial Revolution (1600s) Europe's wealth expanded (not consistently) Not Rising Birth Rates Because... Not all of products, all sectors of the economy, or all segments of society were affected by inflation Big Era Seven: Industrialization and its Consequences. (n.d.). In World History For Us All. Retrieved February 26, 2012, from San Diego State University website: http://worldhistoryforusall.sdsu.edu/eras/era7.php 1730-1800: 120 million -> 180 or 190 million (estimates because first census in 1801) Heilbroner, R. L. (1970). The Making of Economic Society (Third). Englewood Cliffs, NJ: Prentice Hall, Inc. http://www.nybooks.com/articles/archives/1984/oct/25/proto-industrialization/?pagination=false late marriages kept women from having children during ideal child-bearing years -> fewer babies born Economic Activity of 1700s Europe Familiarized rural inhabitants Demographic Shifts of the Industrial Revolution Demographic Shifts of 1700-1800 Higher grain prices Economic activity and size of economy grew with growing population monetary instability greater geographical mobility & economic opportunities -> younger couples married because had enough $ to have bigger families -> economic stagnation until 1700s except Dutch maritime provinces who had developed trading system in Baltic Sea and elsewhere except England loved to talk about social and economic problems, but no one wanted to fix them no records for anything; disorganized 1700-1730s: prices were stable because of depression from financial exhaustion and debt from War of Spanish Succession Effects of the "Long 17th Century Depression Proto Industrialization Wages up 22% most densely populated and most populous state England's explosive population growth improvements to transportation network in Europe -> easier to move regional grain surpluses to where needed destroyed hand-made textile industry still lots of disease BUT healthier people could fight for survival and live vs. previous times Textiles could produce through the putting-out system, meaning that they distribute materials to rural households. 1730-1815 (until peace after Napoleonic Wars): major economic growth began due to Europe's POPULATION GROWTH Inflation helped many tenants from the soil to the advantage of their better-off neighbors Population Before Industrial Revolution (1600s) Photo based on: 'horizon' by pierreyves @ flickr By Seneca Koontz, Jill Clark, and Dan Dailey Sources! England the exception: France: 19 million (1715) -> 26 million (1789) Enabled merchants and manufacturers, to sell for more and pay their workers less Money rents up 98% Europe's largest & fastest population increase EVER stimulus and pressures of growing population Ex: Indian cotton for textiles not because of instability of currency This ‘putting-out’ system, held in areas like the Netherlands, Belgium, the Rhineland, France, and England More Causes currency was very stable wasn't acceptable to have children outside marriage agricultural depression all over Europe Spain: 7.5 million -> 11.5 million coal = needed to power factories and other engines TB, typhoid, malaria, influenza, typhus, smallpox Where towns, remained sources of materials, and marketing services, but merchants employed labor in the countryside. Spark Bad Harvest century-long cycle of "profit inflation" -> significant economic growth drastically increased coal exports due to new mining equipment and techniques better, stable food supply gradual rising prices and slight inflation -> stimulated economy Pomeranz, Kenneth (2007, March 01). Social History and World History: From Daily Life to Patterns of Change*. Journal of World History, (1), 69, Retrieved from http://elibrary.bigchalk.com England and Wales: 5 million (1700) -> 9 million (1801) Rents rose sharply, because of shortage of land Munck, T. (1990). Seventeenth century Europe: state, conflict, and the social order in Europe, 1598-1700 (revised). Palgrave Macmillan. Retrieved from http://books.google.com/books?id=AGaqDkAyYIwC&pg=PA83&lpg=PA83&dq=demographic+changes+of+1700+