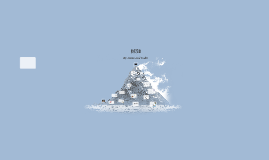 Transcript: We could totally be on CNN Student News Deer generally live in the temperate forest. Fun Facts But in the past they were endangered to a extent that there lives were threatened Adaptations White tailed deer are no where near endangerment http://white-taileddeer.weebly.com/behavior.html Doe: female deer Buck: male deer Fawn: baby deer (There are many different species of deer) When deer are startled, They leap from their bed and dash off. The deer only runs as far as the nearest cover, then stops and watches to see if it is being followed. Deer only eat plants. . . > Smooth tough hooves allow comfortable walking on sometimes rocky terrain in forests. Different Names for Deer Deer End Locomotion Book: Deer Family Author: Timothy Levi Biel The smallest deer is in North America is one foot tall and twenty pounds. White Tailed Deer White-tailed deer, the smallest members of the North American deer family, are found from southern Canada to South America. In the heat of summer they typically inhabit fields and meadows using clumps of broad-leaved and coniferous forests for shade. During the winter they generally keep to forests, preferring coniferous stands that provide shelter from the harsh elements. The White-Tailed Deer generally has a nice sized rack and is an average size compared to other species of deer. Where Can You Find a White-Tailed Deer? Deer When alarmed the deer will quickly run away while raising there tail upwards like a flag. With the tail up showing the white underneath shows visual alarm to other deer Higher Classification: Odocoileus Females are able to abort their unborn fawns in order to survive. White tailed deer used to be near extinction Adaptions (continued) Deer have brown and soft fur to keep them warm in the winter time. Species Survival Status By Lizzie and Colin Diet changes depending on time of year ^^^ Book: Getting to Know Natures Children; Deer By: Laima Dingwall It eats green plants in the spring and summer. In the fall, it eats corn, acorns and other nuts. In the winter, it eats the buds and twigs of woody plants. Classification Deer are color blind Scientific Name: Odocoileus virginianus Average Height: 53 – 120 cm Average Weight: 105 pounds Average Running Speed: 75 km/h (Adult) http://www.20000-names.com/animal_deer_names.htm Deer have four stomachs to digest the leaves and plants. Deer will also make a loud snorting noise to warn others of approaching predators. Fun Facts (continued) Lower Classification: Columbian white-tailed deer, Key deer A deer's foot has 4 toes. Habitat/Diet The White-Tailed Deer defends itself using its large antlers, but only if necessary. Most of the time, it flees whenever its keen hearing picks up any suspicious sounds. For offense, a deer uses its antlers and tough hooves. #DeerPuns Websites: http://www.20000-names.com/animal_deer_names.htm http://animaldiversity.org/accounts/Odocoileus_virginianus/classification/ http://animals.nationalgeographic.com/animals/mammals/white-tailed-deer/ Deer can reach speeds up to 40 mph and are able to jump up to 40 feet. Deer can here a predator making noise from 100 yards away. This allows them to flee quickly if necessary. Deer mark there territory by scraping Name Meaning: "White-tailed” refers to the white^ underside of the deer’s tail, which it displays and wags when it senses danger. Started from the bottom and now we're deer Stats Behavior They also have antlers to protect them from predators. There are about 40 different types of deer. www.nhptv.org/.../whitetaileddeer.htm http://www.aitc.sk.ca/saskschools/animals/deer.html A deer with big antlers is like a man with big muscles, the deer with the biggest antlers attracts the ladies. Defense/Behavior Deer shed their antlers by late summer. In scientific terms "the deers antlers harden by late summer and they shed velvet a.k.a their antlers Deers are swift and graceful. This is important to there survival because they need to avoid becoming someone's food. Its major enemies are man, wolves, cougars, coyotes, bear, and many more. Appearance **Deer are herbivores Sited Sources Food Chain--Where does the deer lie? 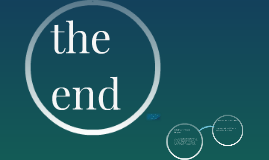 Transcript: There are no deer proof plants, only plants that deer don't prefer and even that varies from garden to garden. When deer are hungry, they will eat your plants. The only real deer deterrent is a fence. However, there are some plants that are rarely eaten by deer, giving them the reputation of being deer resistant. what is the range what terrain do deer require what are natural predators of deer a Deer can be very long lived. In the wild, there have been documented cases of deer as old as 10 years But with hunting pressure and other mortality factors like disease and injury the average age in the wild is usually 2 to 3 years. deer presentation Most white-tailed deer mate in their second year, though some females occasionally mate as young as seven months. Mating occurs between October and December and females are pregnant for 6 and 1/2 months. In her first pregnancy, a female will usually only have one baby (fawn), but after that she may give birth to 2 or 3. Fawns are able to walk at birth. They are nursed several times a day until they are 8 weeks old, after which they begin to add vegetation to their diet. Fawns are weaned by 10 weeks old. are there plants deer don't eat what deer eat deer live in a variety of areas ranging from swamps to forest to meadows how long is a deers lifespan eating habits habitat mountain lions, bears, humans and any other fast large predator As most hunters are aware, deer are attracted to salt and mineral block. the salt can kill plants located within the immediate area. Be careful about choosing the location prior. the end what is a deers favorite food why are deer attracted to salt what is a deers social patterns female deer stay in the same general area males roam all over how many offspring do deer have Deer adore fruits and nuts. They love pecans, hickory nuts and beechnuts acorns in addition to acorns. A couple of favorite fruits are apples, blueberries, blackberries and persimmons. Deer occasionally enter yards to get their mouths on flowers, vegetables and ornamental trees What deer love to eat isn't necessarily what they do get to eat all the time. deer are herbivores. These mostly nocturnal grazers aren't too picky about the types of plants they feed on. Some staples include grass, nuts, twigs, fruit Seasonal Dietary Differences The typical diet of the white-tailed deer does not remain constant all year long. They eat what is easily accessible there are about 1.5 million car accidents in the us alone