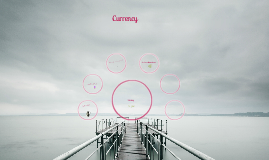 Transcript: Ever since October 1, 1877, all United States bills have been printed by the Bureau of Engraving and Printing, The Bureau runs printing facilities in Washington, D.C., and Fort Worth, Texas. To prevent counterfeiting, U.S. currency is printed using a complex process involving over 65 steps. A watermark is made by impressing a water-coated metal stamp onto the paper and is a recognizable image or pattern in paper that appears as various shades of lightness/darkness EX. Face in $100 bill and Metal strips in money It cost 6-7 cents to make a dollar bill which compares to manufacture of a penny which cost 8 cents to just make one penny We do not use different types of currency so when people travel they do not have to go switch there currency every time they enter a new state. By: Paxton C. Why don't we use different types of currency? How is Money Watermarked? Currency How much does it cost to make a dollar bill? Currency Who Produces Money? 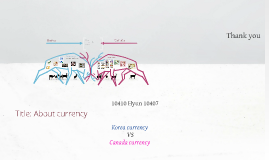 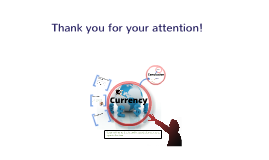 Transcript: System of money that is used in a particular country at a particular time Most frequently used currencies Conclusion Currency Note or bill: A piece of paper money Coins and bills is here Coin: A small round piece of metal, usually silver or red-brown , which is used for money. Changing money And one more thing... Thank you for your attention! 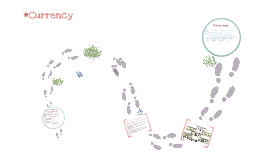 Transcript: Pictures of U.S. Currency. * The first coins were made around 2,500 years ago. * 100 pennies always equal one dollar. * The first paper money was made in 1862. * $1.00 bills last for 18 months, $5.00 bills last two years, $10.00 last for three years, $20.00 last for four years, $50.00 and $100.00last for nine years. * 541 million dollars are printed in a day. *The United States dollars are like a backbone to the worlds economy . *On a dollar bill there are new serial numbers that consist of two prefix letters, eight numbers, and a one-letter suffix. *It is important to know about local currency when dealing with money. *Money can be used so you can exchange it for goods. Why is Currency important? *A strong currency gives a nation purchasing power. Facts about money. *Each type of dollar is identified by a color for its treasury seal and serial number. *U.S. dollars have become engrained in the economy. Features of U.S. paper Currency, * There is a watermark of the figure in the portrait, on a dollar bill. *In 1996, the United States began issuing currency with a new design and additional security features. *Money is important because we can exchange money for goods. *New U.S. currency has a larger, slightly off-center portrait that incorporates more detail. *Currency 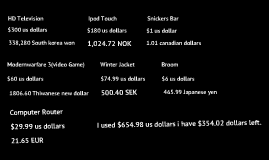 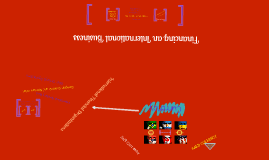 Transcript: Currency International Financial Organizations International Monetary Fund The International Monetary Fund (IMF) was created in 1946, and organization with over 180 member countries. European Economic and Monetary Union The European Central Bank provides most of the financial support for the EU's member nations. Three of the EU's members, England, Denmark, and Sweden, do not use the euro. Leaders in these countries do not believe it is in their nations' best interests to convert to the currency. Other Exchange Organizations There are other organizations that help with international trade activities. Such as the Asian Development Bank(AsDB) which helps develop trade between Asian and other countries, especially the united states, Japan, and other countries in Europe. Financing an International Business Intercompany Financing 1. Borrow or receive it from an existing parent company. 2. Loans from other corporations. Debt Financing 1. International Bank Loans 2. Euronote Markets 3.International Bond Markets A currency with a value that fluctuates as a result of the country's political or economic uncertainty. As a result of the of this currency's instability, foreign exchange dealers tend to avoid it. Buyers pay for the goods before they are shipped. This proivdes the greatest level of risk protection to the seller, who may be worried that the buyer will have problems paying for the goods. World Using a bank or financial institution, the buyer orders the money to be sent electronically to the seller after the buyer receives the goods. EFT is simple, secure and quick; often moving funds within hours. Selling shares of stock American Dollar ($) Canadian Dollar ($) Brazilian Real (R$) The world bank was formed in 1944 about the same time as the IMF. The official name of the World Bank is the "International Bank for Reconstruction and Development" [C]ash [I]n [A]dvance Russian Ruble Company takes out long-term loans. Bank Letter of Credit HARD CURRENCY The bank makes the buyer deposit the money for the payment before it writes the letter of credit. Soft Currency Argentine Peso ($) Equity Financing A currency, usually from a highly industrialized country, that is widely accepted around the world as a form of payment for goods and services. A hard currency is expected to remain relatively stable through a short period of time, and to be highly liquid in the foreign market. Euro (€) Electronic Funds Transfer(EFT)