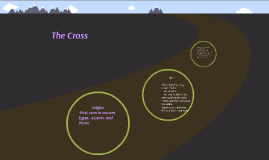 Transcript: -Mass Crucifixions were commonly seen in situations like punishment for slave rebellions. -Soldiers did it so much that they would even experiment to come up with new different ways to crucify people, just because it was boring to do it the same old way every time -Eventually all of this led to the crucifixion of Jesus Christ Origins - Seen on celebrities all the time -As tattoos - Average decoration -Has become most recognizable symbol in the world - - Many musicians and movie directors have used it for shock value - Have also used the upside down cross for shock value - Upside cross is seen as a Satanic symbol to many Christians - Almost equally as recognizable as Cross Crucifixion Fun Facts - Crucifixion is an extremely painful way to die - First of all you're nailed to a board in three different places - Can't breathe - It could take up to three days to die in some cases, often of dehydration - Customary for victim to carry own cross, the average cross weighed around 300 pounds -Body left up for days, or even weeks as an example Pop culture Origins -First seen in ancient Egypt, Assyria, and Persia What it represents -To Christians, it represents the key point of their faith, that we are all saved from sin. It represents the power of God -To some Atheists, it can represent discrimination - To a member of ISIS, it can be a target. -Mormons believe that it represents just the death of Jesus, so they choose not to use it as a symbol in their churches -Was originally a single wooden stake - Tied to stake - Then eventually victims were nailed to the stake - Years later the cross piece was added -Japanese picked up on this, but never used nails -Romans learned about it around 600 B.C - Viewed as the most humiliating form of execution -Reserved for non Roman citizens, such as pirates, slaves, and foreign citizens The Cross Pop culture