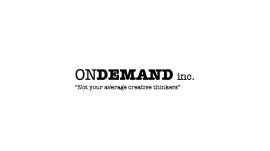 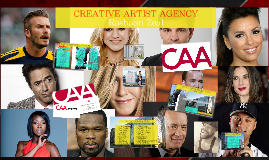 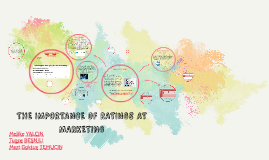 Transcript: Table 2:The table according to age of TV audiences. The general purpose of this research is to find the impacts of ratings at marketing. And as we see in the cases, companies prefer channels with high ratings and care about the type of the channel. The reason why they care about the channel types is reaching more people who interest in that product. Rating is the percentage of total potential audience who choose a particular media vehicle over another in broadcast media, it is the number of households with their radio/TV sets turned to a particular station/channel or program for a specified length of time divided by the total number of households that have radio/TV. In the second case we used poisson distribution and tried to see how many times the ratings of channels can fall below their average ratings and according to our calculations, the ratings of channels averagely 5 times fall below their average ratings per year. You can see these months on the table. The companies should prefer other months to advertise. So they can reach much more people. CONCLUSION All off these questions have only one answer.The answer is the Tables of Channels and TV Audiences' Numbers A peoplemeter is shown in figure. TV is one of our indispensables that technology has to offer us. We spend a lot of time watching TV. Series, sports, movies, shows etc. So what are these programs, movies or series selected by or is there a criteria for the TV programs we follow? THE IMPORTANCE OF RATINGS AT MARKETING WHAT IS RATING ? Graph 3:Box plot analysis about channels’ numbers of audiences. Table 1:The numbers of TV audiences in 2014 We are trying to understand the impacts of TV-ratings on marketing and measure how many people we could reach so we think like an advertising company in this research to guide companies which want to advertise and we purpose reaching much more people. "RATING ANXIETY" In this research we analyzed five different channels which are popular with different types and ratings according to ages and times.This study helps companies those want to give commercial. CASE 2 In the case 3, a toy company wants to advertise a new product and wants us to research for the best channel and ratings of it.We handled the group of 0-12 ages and we used binomial distribution. And as a result of this case we see that Yumurcak TV is the best channel for this commercial. Because it’s very popular with kids and if the company advertises to this channel, they would definitely increase their sales for this product. CASE 4 Why Do We Measure TV-Ratings? INTRODUCTON TO CASES Table 3 :Illustrates nummerical summaries of datas. Graphs of Tv Audiences’ Numbers. Melike YALÇIN Tugçe BESNILI Mert Goktug TEMUCIN Graph 2 : The percentages of the tv audiences in circular diagram. This table shows the measures of central tendency according to our datas. How Do We Measure TV-Ratings? CASE 3 Nielsen is the only one company that measures the TV-ratings in whole world. This table shows the ratings of channels we chose according to four groups of ages. TV-ratings are measured by the device which is called peoplemeter.For example in Turkey there are only 2200 peoplemeters.This means 2200 houses measure the TV-ratings.These measurements have been used since January,2005 in Turkey.These ratings don't show an exact result because they don't include whole country,that's why results are approximate. Graph 1:The numbers of tv audiences in 2014 in time sequence. The only purpose of rating measurements is to help to channels and advertising companies on their bussines and make their work easier. Advertising companies look for the best channel for commercial and they make offer to the channel which has more audience so that they can reach more people and introduce their product easily. CASE 1 In the case 1 we used binomial distribution and showed that satellites can have errors in their frequencies and by selecting satellites randomly, we calculated the probabilities. As a result of this case we can say that rating measurements can be incorrect. So they're not %100 reliable sources. And also as the number of satellites randomly selected increases, the probability of frequency errors increase. This table shows the distribution of audiences’ numbers according to months. REFERENCES The purpose of case 4 is to find how many people interest in sports and sports channels.To calculate the probability of people who watch sports regularly from a specific population, we used hypergeometric distribution method. For the commercial of Nike, TRT Spor is the most logical choice because it has the highest ratings in its type and this commercial can reach a lot of people who are interested in sports if it is shown in this channel. canlitv.com medyafaresi.com bilgiustam.com Our Mission In This Research 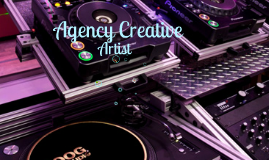 Transcript: Agency Creative The product concept that we want to offer is a machine that would serve customers on producing a customizeable gadget casings Result Product will be in resealable stickers, printed casings, collaborating with designs from various brands Pepperstreet: Jonge indierock/synthpop band uit het dorpje Papendrecht. Yoram Hagens Product Proposal Straight from the fridge Made by C&B Events Pepperstreet Pepperstreet Producy Background By offering this product, we are targeting to not only satisfy current customer, but also enlarge the targeted customer group to younger people of Generation Y and teenagers. By enlarging the age group range of customers, we are targeting for increase in sales Yoram Hagens Target Market Straight from the fridge CUE & PLAY Trends & Ontwikkelingen De beurs voor DJ's Zanger, slaggitarist en songwriter Keuze uit 4 bandjes Artist Currently, everyone uses gadgets, such as handphone, mp3 players, tablet PC Gadget casings are popular as it’s not only protect their gadget but also decorate and personalize gadget People using gadget casing is usually Teens and younger people of generation Y Funk- en soul band 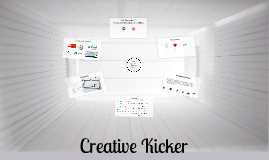 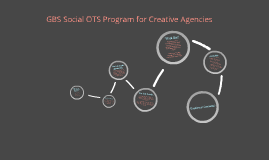 Transcript: GBS Social OTS Program for Creative Agencies Our program enables P&G brands to spend less time and money on social media apps using a streamlined process with approved vendors for templates and custom development. For Best Results... Questions or Comments? We have selected a list of vendors who are certified to develop social media apps for P&G brands. Only these vendors may perform dev work in the social space. We can provide a list of vendors if needed. Each is approved to provide off-the-shelf templates or perform custom work. Request access to www.socialappsearch.com to browse our current catalog of templates to see if anything matches your vision. Speak to our solution manager if you feel the brand needs custom work. Where do creative agencies fit in? What Else? Who Can Develop? And lastly... Kickoff calls should involve the creative agency, a GBS Social Governance representative, the brand and the certified dev agency to ensure everyone is on the same page. If your agency produces concepts and suggestions for brands, please include the GBS Social Governance Team early in your brainstorm process! We have the internal knowledge of P&G needs, legal and privacy guidelines and tools to ensure your awesome ideas pass from concept to reality! What is this program? Great news! A brand can use the creative agency of its choice. There are a few things you can do to make the process easy! 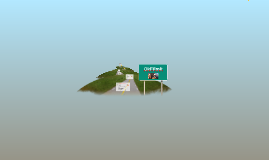 Transcript: Our extensive database ensures our products are always vertically and horizontally differentiated Opening up a vast variety for creative decisions Freelance Talent: Directors Film producers Technicians/ Special Effects people Actors Screen Writers/ Composers Costume Designers Stunt people Make up artists ... etc. Connecting freelance talents with each other They will have profiles in a database Like OkCupid Promotion Consulting Jannet Zhangalova Networking Specialist Logo Creative Workers Care about Their Product Mission Statement What we offer Our products' high standard stems from our company's focus on each individual's unique skill set which opens up a variety of possibilities in the creative process Our Team MOVIE Some Creative Products Require Diverse Skills Our database includes people with a multitude of skills eager to work OkFilmIt Seven Principles by Caves Networking Providing opportunities for new voices and ideas to be heard Legal consulting ensuring fair contracts securing income Promotion Networking Consulting Flat rate for profile to be visible Government funding/ Fundraising Consulting goes separately (price list) 5% Commission with every transaction that results from a project Isabel Springer Managing Specialist How we will achieve this Lack of original ideas create need for fresh talents We connect the original ideas with the people who can make it happen Vertically Differentiated Skills Our consultations help a talent/project to success by following a strict plan that is created time sensitively Time is of the Essence Our clients are more interested in the product than financial security provided by already existing ideas Finances Legal Contractual Film Festivals Differentiated Products THEY CAN'T PUT JENNIFER LAWRENCE IN EVERYTHING Social Media Partners Advertisement Basic Economic Properties Olga Novicova Promotion Specialist Hannah Reine Hashemi IT Specialist For consulting we offer highly trained professionals in various fields (us) Database collection: advertisement Connections with other companies Our Clientele Demand is uncertain Durable Products and Durable Rents Finances 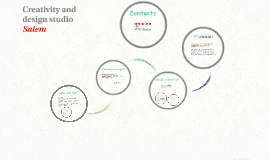 Transcript: Contacts No, you should not. But you HAVE TO. Image by Tom Mooring To be honest, for now US is just ME, Temirlan Mukhitov (aka Poncho). So, I search for the people just like me: Handsome, Smart, Creative and with a good sense of humor (Dunno exactly, but that is what my mom says 'bout me.) Should u choose us? What we do? Everything now related to design Web-pages PR Invitations, Badges. Simply, Everything Creativity and design studio Salem Because of How much we get? Who are we? Mukhitov Timka SDU +7 747 9582939 Salem (Peace) The company, containing the masters of their own fields. The friends, that are happy to see you with them One big family, such that each of members is ready to help others Uchpuchmak was a lie FREE COOKIES! And tea, maybe. The prices vary from 1-2 Uchpuchmaks or Lunch to ~5000$ Not so bad, huh? 1) Working with basics of design 2) Adding enthusiasm and PHantasy 3) Finishing works and tasks due date, despite the fact that we are Kazakhs. And the main advantage!!! For employeez