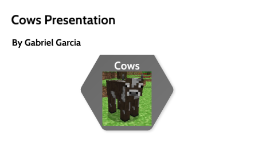 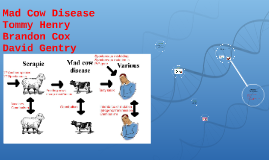 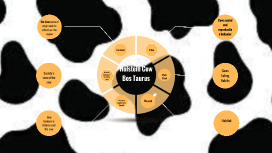 Transcript: A Holstein Cow Bos Taurus C 3 Natural and Zoo Habitat Habitat There are no wild cows they all are domestic they live on farms in barns with grazing land fenced off, In Herds. Cows eating habits Cows Eating Habits The Holstein cow is a herbivore like almost every cow out in the world its preferred food is grass, and a cow eats up to 8 hours a day, they can go up to 66 days without food, but only can go up to 7 days without water. A cow does not hunt.The main part of a Cows Stomach can hold about 50 gallons of feed and grass. Cows social and reproductive behavior Cows social and reproductive behavior A Cow is a pack animal they live in herds.A cow does not choose a mate for life a cow usually only gives birth to 1 calf or at times two but there is a cow that once gave birth to four Calf's. It gestational period is 283 days, witch is around 9 months. A cow can get along with almost every animal as long as it isn't trying to hurt it. The Cows area of origin and its effects on the region The Cows area of origin and its effects on the region The Holstein cows native countries the Netherlands and the Batavians (present-day Germany).Cows are ruminants, meaning that microbes in their multichannel stomachs help them digest by fermenting their food. This process produces the powerful greenhouse gas methane, which gets released into the atmosphere when they burp or fart which is bad for the environment and pollutes the air. They also help get ride of weeds in pastures. The Hindus see the cow as a sacred symbol but the do not worship it.One Hindu goddess, Bhoomi is usually shown in the form of a cow. She represents the Earth, most Hindus respect cows for their gentle nature, and cows also represent strength. Vegetarians see it as sacred to and that know one should eat it, Society’s view of the cow Society's veiw of the cow How humans in history used the cow How humans in history used the cow Hindus used it as a sacred symbol but for the longest time non-vegetarians have used it for food, like butter, milk, beef, yogurt, etc. We also use their hides for belts shoes and rugs. The Cow's population in the wild There are no wild cows but the population for Holstein cows is 226.7 million in the world. The cow's population in the wild The animal’s appearance and how it helps or hurts them in nature Just because a cow doesn't live in the wild doesn't mean its safe many predators can still kill them because they are on such a big piece of land, Its Predators are cougars, coyotes, bobcats, etc. They use their powerful hind legs and if they have horns, for defense, and cow does not use camouflage. The animal’s appearance and how it helps or hurts them in nature Fun Facts Fun Facts A cow can drink up to 50 gallons a day A cow has 32 teeth There are dairy cows in all 50 states A cow will stand up and lay down about fourteen times a day They can see in color and can smell up to six miles away Cows Grazing Video Cattle information you can useCattle,Today Article Archives: WATER IS THE MOST IMPORTANT NUTRIENT FOR CATTLE,April 15, 2020, https://www.cattletoday.com/archive/2012/January/CT2648.php#:~:text=Again%2C%20as%20referenced%20previously%2C%20cattle,number%20may%20be%20even%20less. Fun facts about cows,beef2live,April 15,2021, https://beef2live.com/story-fun-facts-cows-0-105358#:~:text=A%20cow%20has%2032%20teeth,to%20eight%20hours%20a%20day. Cow,Minnesota Zoo,April 15,2021https://mnzoo.org/blog/animals/cow/ Clearing Sale In Milk Herd Auction 27th April 2021 @ 11:30Am,Proggresive Livestock, April 15,2021 https://www.progressivelivestock.co.nz/ Work Cited The End The end 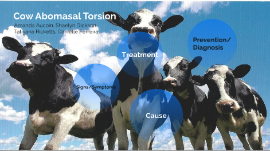 Transcript: Amanda Aucoin, Shaelyn Dickson, Tatiyana Ricketts, Danielle Ferreira Cow Abomasal Torsion Cause Cause Cows have four compartments of thier stomach. Stomach's Rumen Reticulum Omasum Abomasum The abomasum is hung by a loose attachment to the body wall and it can move out of its normal position, where it can fill up with gas and prevent normal flow through the digestive tract. Abomasum Signs/Symptoms Loss of appetite Decreased manure production Decreased milk production Dull or depressed High Heart rate Dehydration Large amounts of gas/fluids built up on right side. Signs/Symptoms Treatment Treatment Rolling: Flipping the abomasum back in to place- not good for long term Securing the abomasum to the body wall with a Blind Tack, a holding stitch placed without opening the belly Closed Nonsurgical Techniques Nonsurgical Return it to it's normal position and secure it to the body wall, to prevent if from happening again Open Surgical Techniques Surgical Prevention/ Diagnosis Prevention/ Diagnosis Diagnosis Diagnosis Physical Exam Rectal Exam Pinging Blood Work High Quality Foods Ensure plenty of room at feeding sites Maximum comfort and minimize stress Prevention Prevention