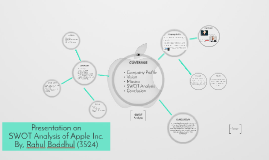 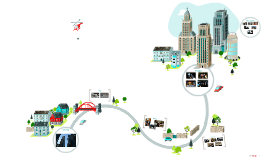 Transcript: Just mods, rather than stories on every page. Photo packaging (tell a story together) Group Captions Little spreads w/in the spread Black and white with punches of color Keep everything simple Mixture of widths; bold and thin Horizontal and vertical grid Imbedding small pictures Adapt headlines (move around) Red-eye Fix dark photos (gym lol) Duotone Reminders with technology Publicity--- collaborate with other school organizations Plan ahead Dividing responsibilities Positive---Constructive---Positive Shared ownership of the publication Three concepts are "in" Beyond From the ground up Journey Living Proof One of a kind Monthly to-do list---list all school events and deadlines More deadlines than the plant sets up Little question box for Sarah? List of coaches with phone and email (on door or something) Map of school Yerd of the week! Bins for writers---(copy to be checked and copy checked) Log Books Student profiles (interview everyone at school to find stories) -10 points for every late day Theme Coverage design by Dóri Sirály for Prezi Teamwork Photoshop Design Staff Systems 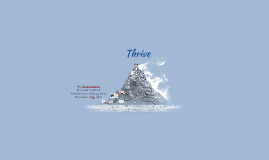 Transcript: By: Alexia Infante Professor Caldwell Introduction to Management November 16th, 2015 " an optimistic, outgoing and very positive leader, one who inspires and motivates others " - My Mission Statement: Succesful Career - My self belief would not be as solid as it is if it werent for God and my supportive parents. -"Hardwork beats talent when talent doesnt work hard. " Ethical Leader - Leadership Styles - My leadership Styles/Characteristics - What shapes me to be the type of leader I am - How my characteristics will benefit towards my future career SUCCESSFUL CAREER! - Situational: someone who acts as a leader when necessary and is able to have a solution in a difficult situation - Cross-cultural: leaders who work in new globalized markets, individuals from different backgrounds and cultures - Transformational: someone who can lead effictively in different environments - Strategic: utilizes a game plan to ompletely understand both the organization and environment - Having to deal with three varsity sports, club sports, two jobs and school work would have been a burden on my life if it werent for the time management my parents taught me to maintain through their own business. Coverage: - My Job: Gymnastics Elite - My church: Head of the Preschoolers Bible Lesson/Mission Trip - My school: Student Council Treasurer Female Athlete of Year Charismatic Leader Thrive - Types of Leadership Thank you! " one who manages people by using their moral beliefs and applying rules/principles to have the best possible outcome " 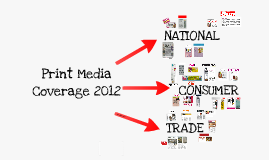 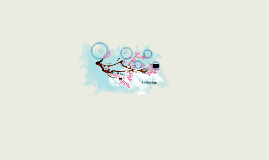 Transcript: Summer/Fall delivery: finishing final deadlines while graduating and finishing the year is often challenging. Featuring each student at least 3 times is critical One key to producing a relevant yearbook is the staff Coverage Spring delivery: Biggest challenge is coverting books after its is completed in february or march. Examples: The number of pages in the yearbook School enrollment Tradition Size/Skill of the yearbook staff Many Factors impact coverage Recruiting staff that represents population groups whitin the school and discussing about coverage can expand the range It may be difficult but it is realistic. It helps to reveal the individualism of some students. Video Two delivery options offer year round potential 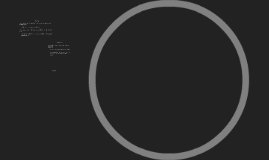 Transcript: - Coverage in film - the number of different ways the same scene is photographed • Wide shots, close up, medium shot, etc. - Coverage in sound - capturing clean sound that is free of reverb and noise. • Location Recordist- Sorts out desired sound while eliminating any unwanted sound. - While usually inadequate and limiting, there are some instances when an on-cam mic can be useful. - Establishing Shots - if a shot is just establishing a location, an on-cam mic may be ok. - Wild Track - getting bad sound to sync up the good sound (scratch track) later. • Having bad sound may, in a worst-case scenario, be better than no sound at all. - In a low budget production, the camera may be the only sound recorder. In his case, it records both good video and good sound. - 3 main microphone techniques to cover sound • Boom - usually preferred, mostly used in productions • Lavaliere - for when a boom cannot be used • Planted Mic - used when a boom cannot follow, i.e. through a door Scene Coverage and Mic Technique - Mounting Lavs - The optimum placement for a lav mic is 6-9 in. below the jaw line. • Placing the lav in the center of the chest will make head-turns sound off-mic when the camera is facing forward • Placing the lav off center of the chest toward an interviewee will make the interviewer stay on-mic Closing - Using a cheap throw-away mic will sometimes be used in situations when a mic could be destroyed or unretrievable. • Such a mic can be made from small electrit capsules, a battery, resistor and capacator. • A disposable mic can be used successfully underwater wrapped in plastic or rubber Other Items Recorded During Production - Two channel recording is the most common audio recording format. - Ways of using two channels: - Recording the same signal from one or more microphones to both channels. (track recording) Overview - Since dialogue sound should have a steady level, location, timbre and reverb, sound effects can show a wider variation in these aspects. • Timbre may have been compromised to reduce/increase reverb and can still be acceptable. - It is worthwhile to get sound on everything to build a better track in post. • Sound effects recorded on location may not be reproducible Using Two Channels Boom Operator's Job Mounting LAVs - Production sound - sound recorded during production. • The basis for sound design in most projects • Good microphone technique will make or break a production and can save time and money Mounting LAVs • Be the liason for the sound crew because they are closest to the actors • Positioning radio mics • Not distracting the actors • Listening for intrusive noise on headphones when it's most audible to assist with post production - The boom operator has to: • Hold the fishpole for extended periods of time and move it silently • Learn the dialogue for fiction films to emphasize the right moments and anticipating when the next person will speak in documentaries • Match mic perspective to the camera shot • Keep an appropriate distance for the acoustics of the space Coverage Scene Coverage and Mic Technique - Stereo Track Recording - recording stereo sound with a stereo microphone • Used most commonly by consumers • Can potentially sound more real than mono recording, but can be confusing for editors • Allows for one channel to capture the subject while the other captures the ambiance and reverb Color engineers have a saying that you only need to get grass, sky and skin colors right, the rest is relative. In the same way, with dialogue, level, location, timbre and reverb are like the sky and skin of color. The job of the sound crew is to eliminate reduce changes in these aspects - On all shows, make sure the whole crew is aware of how important good sound is. - Get good coverage, i.e. recording room tone and wild lines. - Boom mics are generally preferred. Radio mics are useful but have cons. - An on camera mic is not useless. - Use the two channels on cameras for redundancy or recording different mic perspectives. - Use shock mounts, windscreens and fishpoles for silent mic movements. - The boom op is a very valuable crew member, not just a set of strong arms. Using Two Channels Note On-Camera Microphones Boom Operator's Job - Microphone perspective - how sound is captured relative to where the subject is facing • Boom mics capture mic perspective well, while lavs sound consistent • Having proper mic perspective relative to the camera frame creates immersion • A mismatch in camera and mic perspective will ruin consistency