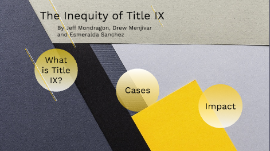 Transcript: By Jeff Mondragon, Drew Menjivar and Esmeralda Sanchez The Inequity of Title IX Title IX of the Education Amendments Act of 1972 What is Title IX? The U.S. Department of Education’s Office for Civil Rights (OCR) enforces, among other statutes, Title IX of the Education Amendments of 1972. Title IX protects people from discrimination based on sex in education programs or activities that receive Federal financial assistance. It amended the Civil Rights Act of 1964. Title IX states... States that... "(Under Federal Law) No person in the United States shall, on the basis of sex, be excluded from participation in, be denied the benefits of, or be subjected to discrimination under any education program or activity receiving Federal financial assistance." Who does it apply to? Applies to... "Educational programs and activities that receive ED funds must operate in a nondiscriminatory manner. Some key issue areas in which recipients have Title IX obligations are: recruitment, admissions, and counseling; financial assistance; athletics; sex-based harassment; treatment of pregnant and parenting students; discipline; single-sex education; and employment" (US Department of Education). The regulations of Title IX say that institutions must "accommodate the interestes and abilities of both sexes" (U.S. Department of Education). In addition, regulations require that "athletic facilities and support services be provided on an equal basis for men and women". As it relates to sports... Title IX does not require equal treatment of men's sports and women's sports but does require the sports to have the same benefits. However... Title IX Cases Cases These legal cases related to Title IX focus on three types of challenges: (a) disparate treatment/subsitution/elimination of teams, (b) women on men's teams, and (c) men on women's teams . Roberts v. Colorado State University, 814 F.Supp. 1507 (D. Colo. 1993), aff’d, 998 F.2d. 824 (10th Cir. 1993) Colorado State University (CSU) planned to discontinue fast pitch softball. Plaintiffs were current and former players challenging the decision. Did CSU violate Title IX by discontinuing the fast pitch softball program? Did trial court properly order a remedy (trial court had ordered that the university play a fall exhibition season for softball)? The court held that CSU did violate Title IX. CSU could not show that female participation in athletics was proportionate to their enrolled numbers; CSU could not show continuing expansion of female athletic programs; CSU had not met the interest and abilities of female students. However, the trial court had no authority to require the school to play a season against a competitive team. Case A Treatment Case B Women on Men's Teams Adams v. Baker, 919 F.Supp. 1496 (D. Kan. 1996) Plaintiff participated on the male wrestling team during eighth grade, but was prohibited from participating in ninth grade. Defendant cited moral beliefs and potential disruptions due to her gender. Does denying female participation on male teams based on moral beliefs satisfy a governmental objective substantially related to a specific governmental purpose? Objections based on moral beliefs do not meet the standard of important governmental objectives. Policy prohibiting females on male teams was not substantially related to student safety (defendant relied on generalization on lack of female strength compared to males); female participation on male teams would pose minimal hardship to defendant, and the hardship was outweighed by the benefits to plaintiff/females; public interest favored allowing female participation on the team. Petrie v. Illinois High School Association, 31 Ill.Dec. 653 (1979) Plaintiff, a male high school student, wanted to play volleyball on the female team. Is it constitutional for the defendant association to prohibit males from participating on female volleyball teams? Defendant’s rule does not violate plaintiff’s equal protection rights. Distinguishing male and female athletics is not unconstitutional. Court noted that females are at a physical disadvantage when competing against males, and affirmative action is allowable to promote the government interest of fostering athletic competition for girls and boys. Case C Men on Women's Teams Impact of Title IX Impact Title IX supports the idea that women and girls should have equal opportunity and access to sports, as the previous cases mentioned have demonstrated. Title IX doesn't address the necessity for racial equality for women of color. As a policy, it only seeks to fight against one form of discrimination: gender, without also considering race. Few cases have actually dealt with the intersection of race and gender equity issues. In turn, the challenges that Black female athletes face based on both their gender and race, go almost unnoticed. What is wrong with Title IX? The Flaw 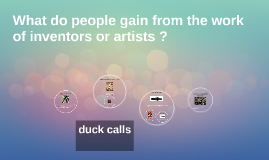 Transcript: Phillip Olt RNT duck calls - microhen most duck calls reeds are made of mylar, and you can trim them to produce a higher pitch. Duck call museum The Macrohen Produces a raspier sound than the Microhen but keeps the higher pitch tone, and squeaky cajun squeal, while adding all the forgiveness of a double reed. They are made by all the duck dynasty people. Duck and goose decoy important duck calling is what not knowing is just important as in knowing what to do. duck calls by duck dynasty they have the most high pitch sound. duck calls mylar used duck calls The ducks will come to the goose decoys, but they also pinpoint sound a lot better then geese. who made duck calls? echo duck calls What do people gain from the work of inventors or artists ? 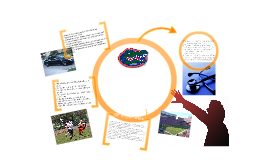 Transcript: About Me I like playing and watching basically every sport My favorite teams are the Tampa Bay Buccaneers, Rays, and of course all Gator sports! My favorite sport is lacrosse, which I played for 7 years I also like hanging out with friends Other interests of mine include boating, fishing, and going to the beach I also like cars and enjoy working on mine Kevin Pacholec Born in West Long Branch New Jersey on December 21st, 1992 Moved to Tampa, Florida when I was 7 years old I have an older sister who is 23 and went to the University of Miami I have an older brother who is 21 and goes to UCF Grew up with having both parents as doctors, which has influenced me to also want to be one someday Conclusion Hobbies/Interests SLS1102-7857 I chose UF because the campus is great, I love being in a college town, Gainesville is close to home, great academics, and there's nothing like cheering at a Gator game! My major is microbiology and cell science on the pre-med track This semester my hardest class has been chem 1, and next semester I will really have to work hard in chem 2 and biology. My eventual goal is to become a doctor and possibly take over my mom's medical practice with my brother Medical school is getting harder to get into every year, so if I can't get in, then my back up is to hopefully just take part in some of the research here at UF and learn even more about bacteria and other microorganisms My Life UF Experience As a science major, being at a land-grant university is very helpful to me The agricultural part of a land-grant college is not as needed for me, but the general focus on science will provide more opportunity and scientific resources for me I hope to utilize all the resources UF has to offer in my 4 years here, and possibly another 4 for med-school. Go Gators! 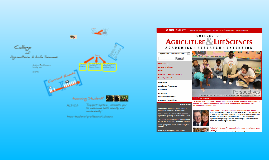 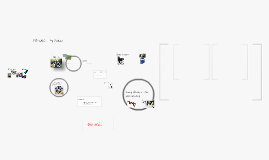 Transcript: so I'm going to change my major currently aiming for physician's assistant CALS UF greatness FYF-CALS : My Future Me! :D Applied Physiology and Kinesiology like indecisive..... figure out exactly what I want to do and stick to it main goal: the end... Concentration is an issue... I movement beauty of being at a land grant university Gator madness College of Health and Human Performances 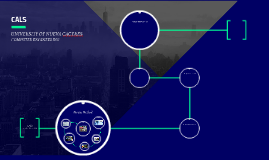