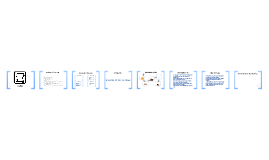 Transcript: Analyzation of the Situation Why am I not a good cook? Because my parents have always cooked for me Why have my parents always cooked for me? Because my parents are better cooks than me Why are they better at cooking than me? Because they are highly experienced and I never took the time to learn from them while I was living at home Why didn't I try to learn from my parents while I lived at home? Because I always had a 5-star meal on the table and didn't see the need to know how to cook or be anything more than the official taste-tester until once I moved out on my own Why did I not foresee the need to be able to cook? Because I didn't think about how I would actually have to make food once I moved out of my parents house Consideration of Alternatives Implementing the Action Plan But most importantly, now you're... 2. Download cooking/food Apps on my iPhone and iPad 3. Buy fresh ingredients at the beginning of each week and buy the essentials It is a progress. I have started to read about food, use StumbleUpon, and watch more of the FoodNetwork I have realized that this isn't a sacrifice. It is an interest I have made to pursure. I have chosen not to eat out as much so that it forces me to cook things at my house. It has made me a lot less rushed and gives me a time to relax in the evening. Unfortunately, I started drinking more expensive wine. I still need to accept the fact that my palette is more advance than my techniques. It's like trying to scuplt a masterpiece without knowing the fundamental techniques of sculpture. As Julia Childs once said: "This is my invariable advice to people: Learn how to cook- try new recipes, learn from your mistakes, be fearless, and above all have fun." Pros: Expand my knowledge of food and flavors even more Learn how the ingredients you use interact with each other Learn new and classic recipes Learn how to choose the best ingredients Cons: Would have to buy the ingredients Get distracted and not pay attention to every step Timely Need for Change 5. Start having dinner parties with friends I know already know how to cook Alternative #2: Start Out Simple Taking Action Alternative #3: Cook Things I Like Alternative #4: Take Cooking Classes Cooking Alternative #2: Start Out Simple Alternative #1: Watching and Doing 1. Read and figure out the simplest things that I like and that I could foresee myself making 4. Instead of rushing to go out or be quick to order something, set aside about 30 minutes Pros: Would not have to pay to order out these foods anymore (highly expensive) I could eat what I love Cons: Nothing would taste as good as when a professional makes it I don't have the knowledge/techniques to make these types of things right now Expensive to buy ingredients On-Going Evaluation Pros: Fun Hands-on and interactive learning tool Would not have to buy the ingredients Cons: Expensive Timely Pros: Creates a foundation for quality techniques Self-gratifying Inexpensive Gain knowledge of the effects of smaller ingredients Low prep time Cons: My parents would DEFINITELY make the dish better than me 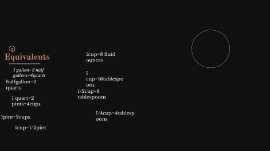 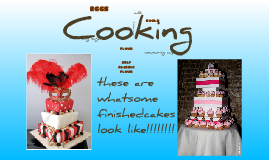 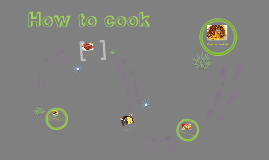 Transcript:  Check food regularly.  Be careful of the things around you because you could always get burnt or hurt. The recipe for cookies is one of the most used recipes, but always remember have an adult close by.  Always be safe, oil can pop up and burn you.  Make sure all of your food is cooked all the way through. How to cook 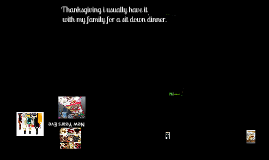 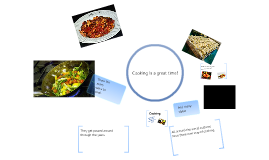 Transcript: There are many ways to cook. And many styles It takes sometime to master. But the reward is great Cooking Is a great time! All around the world cultures have there own way of cooking They get passed around through the years. Cooking A great way to show your stomach who's boss