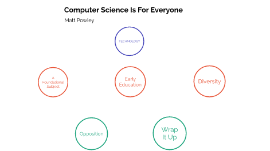 Transcript: Matt Powley Computer Science Is For Everyone TECHNOLOGY TECHNOLOGY The world depends on technology. In just 3 years there will be 1.4 million computer science-related jobs... Computer Science Runs The Technology Computer Science Runs The Technology But only 400,000 qualified individuals to fill them. America could lose its competitive edge. The Problem The Problem The Cause Lack of computer science educatuion in K-12 schools A Foundational Subject A Foundational Subject Computer Science Is A Liberal Art MATH MATH is about logic, problem-solving, and learning to think. Math Computer Science ENGLISH ENGLISH English stimulates imagination, creativity, and sharing new ideas. Computer Science Early Education Early Education Computer Science Needs To Be Available In K-12 Schools Only 1 in 4 American schools teach CS Top Business Leaders Address Congress Wide variety of industries represented CS education in all K-12 Schools America could lose its competitive edge Other CS Educational Opportunities Other CS Educational Opportunities ONLINE COURSES FREE Diversity Diversity Females are significantly underrepresented Big Deal? Without a diverse group of people tackling society's problems the industries field of vision is limited. It's about enabling a large key group of individuals to participate in the problem solving and societal improvements that technology brings. Opposition Opposition MONEY New computer labs Hire new teachers Train existing ones Solution Solution Do not replace Math, English and other cores classes 1. ADD computer science as a core class 2. Give appropriate credit Wrap It Up Wrap It Up It serves as an important subject for all kids to learn Helps in all other disciplines Both girls and boys can be successful Education in elementary and secondary schools can help the skills-gap our nation faces 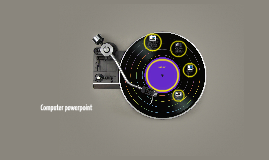 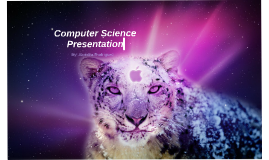 Transcript: The chosen Laptop was the Mac Book Air. 12:Any media requirements? *** Good sound Quality, Web cam ,good video quality. Interview Questions: Computer Science Presentation By: Alondra Rodriguez 13: What kind of software d you want your computer to come with? *** Microsoft Windows. 9: How much video memory do you need? *** 600GB. 11:How much hard drive space do you need? *** 160GB. 10: Where would you like to buy your computer? *** Apple Store. Interview Questions: The Chosen Computer Which Computer is chosen? Interview Questions: 1: What is your price Range/ Budget ? *** 1,000$. 2: What are your Space/ Memory constraints? *** 600GB. 3:Would You Prefer a laptop or desktop? *** Laptop. 4:What are your warranty preferences? *** Long Lasting Battery. 5:What size screen would you like? *** 12". 6:Do you have a design or color preference? *** Blue or Silver. 7:Do you have a brand preference? *** Mac. 8:What do you want your optical drive to play? *** Movies/Videos. 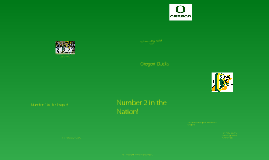 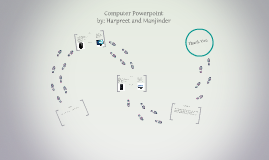 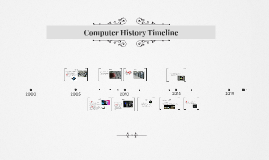 Transcript: 2000 China's Tianhe-1 supercomputer Until June 2011, the Tianhe, which was upgraded to Tianhe-1A, was the fastest supercomputer in the world, with a speed of over a petaflop Used to run solar energy simulations and complex molecular studies 2010 Apple Iphone is released Combination of web browser, music player, and mobile phone Able to download applications Touchscreen with built in GPS navigation, camera, weather reports, messaging, and voice dictation First 1 TB hard disk drive (HDD) Hitachi Deskstar 7K1000, which used 5 200GB platters In comparison to the very first HDD, which held 3.75MB, is had a greater storage capacity by a factor of 300,000 and it was a lot smaller. 2008 2015 Creation of the Apple Watch First computer incorporated watch with sensors for the environment and monitoring of health. Compatible with other Apple products 2005 Creation of the edible silicon grain chips Used by ingesting microchips to detect effect of drugs on body Monitor other vital signs of life University of Michigan Micro Mote World's smallest computer at the time Three types: Measure pressure Measure temperature Take images Less than 5mm wide and were used for biological advances, measuring ecological changes with the use of a computer, and audio and video analysis Powered by light energy through the use of a photocell Nest Learning Thermostat Early product of an everyday device having network connectivity and can manage information The Nest allowed for remote access to a user’s home and could send data on power consumption It can determine the patterns of the thermostat and can adopt that pattern by itself 2005 Computer History Timeline 2009 2019 2007 2016 NASA Research Center supercomputer Columbia Used for space vehicle analysis, astrophysics, weather and ocean modeling Second fastest computer in the world Increased supercomputing capacity 10-fold Arduino is launched as an inexpensive micro controller Used as a means for hardware to interact with the environment through sensors and actuators Used for robots, motion detectors, and etc. Fixstars Solutions release world's first 13 terabyte solid-state disk Capable of holding massive amounts of data by using circuit assemblies First reprogrammable quantum computer released Able to produce new algorithms within its system First time a quantum-computing system had this capability 2015 2011 IBM's Roadrunner supercomputer is completed First computer to reach a performance of 1 petaflop, a unit of computing speed equal to 10^15 floating-point operations per second. Through the use of microprocessors, the supercomputer was used to analyze financial data, model the decay of United States' nuclear arsenal, and to create 3-D medical images. 2010 2014 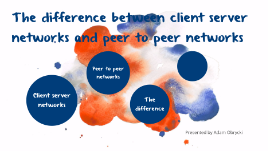 Transcript: The difference between client server networks and peer to peer networks Presented by Adam Obrycki Client server networks Client server networks The term client-server refers to a popular model for computer networking that utilizes both client hardware devices and servers, each with specific functions. The client-server model can be used on the Internet as well as local area networks. Examples of client-server systems on the Internet include Web browsers and Web servers. 1)Centralization, unlike P2P, where there is no central administration, here in this architecture there is a centralized control. Servers help in administering the whole set-up. Access rights and resource allocation is done by Servers. 2) Proper Management : All the files are stored at the same place. In this way, management of files becomes easy. Also it becomes easier to find files. 3) Back-up and Recovery possible : As all the data is stored on server its easy to make a back-up of it. Also, in case of some break-down if data is lost, it can be recovered easily and efficiently. While in peer computing we have to take back-up at every workstation. Advantages Advantages 1)Congestion in Network, too many requests from the clients may lead to congestion, which rarely takes place in P2P network. Overload can lead to breaking-down of servers. In peer-to-peer, the total bandwidth of the network increases as the number of peers increase. 2) Cost : It is very expensive to install and manage this type of computing. Disadvantages Disadvantages Peer to peer networks Peer to peer networks In its simplest form, a peer-to-peer network is created when two or more PCs are connected and share resources without going through a separate server computer. A P2P network can be an ad hoc connection—a couple of computers connected via a Universal Serial Bus to transfer files. 1) It is easy to install and so is the configuration of computers on this network, 2) All the resources and contents are shared by all the peers, unlike server-client architecture where Server shares all the contents and resources. 3) P2P is more reliable as central dependency is eliminated. Failure of one peer doesn’t affect the functioning of other peers. In case of Client –Server network, if server goes down whole network gets affected. Adavantages Adavantages 1) In this network, the whole system is decentralized thus it is difficult to administer. That is one person cannot determine the whole accessibility setting of whole network. 2) Security in this system has much more viruses, spywares,trojans, etc. 3) Data recovery or backup is very difficult. Each computer should have its own back-up system Disadvantages Disadvantages The difference The difference There’s a huge difference between client/server and peer-to-peer networks. For instance, a peer-to-peer network has no central server. Each workstation on the network shares its files equally with the others. There’s no central storage or authentication of users. Conversely, there are separate dedicated servers and clients in a client/server network. Through client workstations, users can access most files, which are generally stored on the server. The server will determine which users can access the files on the network. 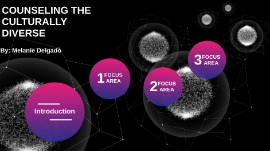