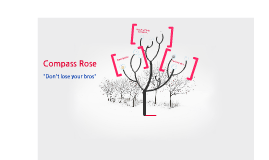 Transcript: It was believed to be invented in Italy 1200 AD. It was used in voyages on the water to discover the 'New World'. "Don't lose your bros" The compass rose works by the different wind currents and directions due to the various points. How it will help navigation.. Facts... In the 21st century, the compass rose is used in GPS's and different apps for the Apple devices, etc. The Magnetic needle in the rose points to the north pole or "true north" helping explorers tell which way they are going. Also, lodestone helps due to it being magnetic. It is also believed that the compass rose was invented during the Chinese Han Dynasty between the 1st century and 2nd century BC. It is also believed that the Europeans made the compass rose during the 12th century. So they aren't really sure who made this invention,but they have theories. Who? It got its name because the points on the compass rose originally looked like rose petals. The compass rose is magnetic due to the lodestone which tells you the direction you are going in. The invention.. Description It was believed to be reinvented by Flavio Gioia. Since explorers used the star method to tell direction, it was hard for them to find where they had to go when it was daytime. So the compass rose helped them with more specific areas or regions they wanted to reach. This invention also helps when you are lost on land and when you can't understand a map... More info Directs you in one direction. (North, South, East, and West, as well as NE, NW, SE, and SW. ) Used in the 14th century and ionic.....beyond.. Navigation Tool Compass Rose Where and when.. Explorers like Christopher Columbus used the compass rose to discover 'America'. 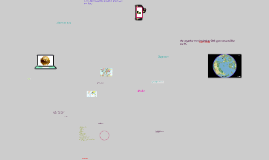 Transcript: Vocabulary Compass Rose latitude longitude scale equator globe physical map elevation map historical map special purpose map political map cardinal/intermediate directions Prime Meridian Compass rose A circle divided into 32 points or 360 degrees. The compass rose show directions like North,South,East.West. Latitude splits up the north pole from the south pole. Longitude splits up the east from the west side of earth Scale shows a distance between one place to another. Equator The equator is a invisable that goes around the earth. Globe A globe is a planet for Ex: earth is a globe. elevation map a map that shows the height of land above sea level. physical map A map that shows highways, citys, and landforms Geography Terms longitude latitude By: Anna Erickson 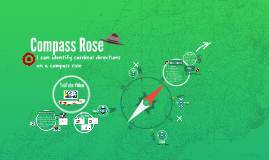 Transcript: <iframe width="560" height="315" src="https://www.youtube.com/embed/Te0Td0QVoj0" frameborder="0" allow="autoplay; encrypted-media" allowfullscreen></iframe> 2. 1 person will be the compass in the middle Quiz Time Materials 1. Pencil 2. Crayons 3. Glue 2. Helps us when we read a map 3. Color Worksheet The person in the middle (compass) will close their eyes, spin and point or call out a direction Rules West Everyone else will choose a direction (North, East, South or West) in 5 seconds 2. Draw or write, 2 things in each direction in the classroom 2 to 3 rounds 4. Helps us when learning about the world If you are in the direction they choose, you are out! Compass Rose What is a Compass Rose? I can identify cardinal directions on a compass rose - Shows or tells you which way you are going Dance: <iframe width="560" height="315" src="https://www.youtube.com/embed/Nw07DjfQ48g" frameborder="0" allow="autoplay; encrypted-media" allowfullscreen></iframe> North A symbol that shows cardinal directions (North, South, East, West) on a map Game : Compass South Why do we need to know this? "Worms" or "Waffles" 3. "Slimy" or "Soggy" 1. No running 2. No touching other people 3. After I say stop, you cannot move Closing Walking, Walking: Share worksheet Add to Compass Bubble Map 1. Label the compass: North, East, South, West YouTube Video East 1. Helps us when we drive "Eat" "Never Eat Slimy Worms" 1. "Never" 3. Helps us when reading or giving directions 4. Glue in SS/Sci Book

Transcript: R E A C H Realiable - Embrace - Aesthetic - Connect - Humanity Reliable “Meeting Needs With Love” By offering quality goods and services with an authentic sense of ownership and humility. Embrace "Creating Community" By building relationships and providing a safe space in which all people are welcome. Aesthetic “Celebrating Individual Creativity” By providing space and supplies for the community to use in order to express themselves. Connect “Cultivating Opportunity” By creating a network of local artists in order to provide them opportunity to grow in their abilities and gain recognition. Humanity “Making a Difference” By providing opportunities for customers to use their talents in order that they may positively impact the community and the world. Compass Rose Ministries exists to EMBRACE this community, to CONNECT with local resources and create an AESTHETIC safe haven where customers will receive quality products, RELIABLE services and the opportunity to serve HUMANITY. Compass Rose Ministries 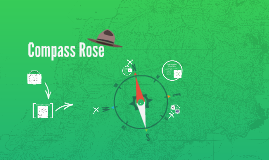 Transcript: Intermediate Directions Compass Rose Circle the letter that tells where each kind of animal can be found. What does it show? Spot the difference? Circle the direction you would go to get from one place to another. A compass rose helps describe the location of places in relation to other places. Most commonly used Four Directions: North (up) East (right) South (down) West (left) Never Eat Soggy Watermelon Cardinal Directions Directions halfway between the cardinal directions Four Directions: Northeast Southeast Southwest Northwest

Transcript: Boundary or Border Physical Map The relationship between a measurement on a map to the actual distance between two locations. Bay or Gulf Strait or channel Place A feature on a map which shows the cardinal directions. A river,creek, or stream that flows into a large river. Landforms One of the five Themes of Geography,describes the characteristics of the location Key or Legend Characteristics such as landforms and climate. Lines on a map that separate different places, such as countries,states,or territories. Scale Homework Vocabulary A body of water sheltered by land on three sides connected to the sea. A flat plain between branches of the mouth of a river, often shaped like a triangle. Peninsula Elevation A map which shows primarily countries,states,territories,and major cities. A map which shows physical characteristics of an area,such as elevation change and landforms. Lowland or Plains Any feature on the earths surface,such as a mountain,river, or body of water. Delta Any area of land that is flat or mostly flat,often provide excellent farm land. Height of a given level above sea level. Compass Rose Land that is surrounded by water on three sides. Table found on a map which explains the colors and symbols used on the map. Physical Characteristics Tributary Political Map Any body of water that connects two bodies of water. 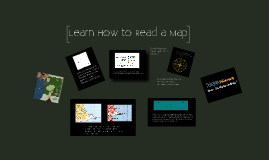 Transcript: Learn How to Read a Map What is a map? It is a represention of some part of the earth surface. One of the most important skills you will learn is how to read a map. Maps have long played an important role in exloration, commerce, and politics. Today, maps can provide a very detailed outlook of the land. Cardnal directions are east, west, north, and south Never Eat Sweet Worms or Naughty Elephants Swim West Intermediate directions are northeast, southeast, northwest, and southwest Notice north and south come first and east and west are second in the word. A large scale map of Long Reef Point. A small scale map of Long Reef Point. A good map should have a map legend or key. A legend shows the user what different symbols mean. Now it is your turn to fill in the directions. Draw a Compass Rose on your paper. Fill in the Cardinal directions only. Now draw the intermedite directions. Naughty Elephants Squirt Water. or Never Eat Soggy Worms A compass rose is a design on a map that shows directions. Where are you going? Large scale maps or small scale maps. A large scale map show greater detail because the scale is a larger fraction than a small scale map. What is a scale? It is the ratio between the distance on the map to the distance in real life. When you want to know how far you are traveling you have to use the scale. How do you use the scale? With your paper use the edge and make yourself a scale. Then use this to measure from the beginning to the end and count the miles. 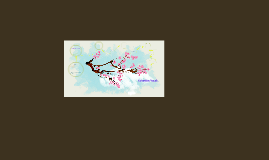 Transcript: Def.- the group of persons, ships, etc., engaged in such an activity: Antonym-healthy Part of speech- Noun Route Maize Synonym-Direct Syllables- 4 Part of speech- noun I had epidemic for days it is not cool. Antonym- halt Syllables-4 We went on an expedition it was fun. Part of speech- Noun Syllables-4 Def.-To take something as ones own Antonym-Land Claimed Syllables-2 Synonym-assert Antonym-abandon I went to the Caribbean together it was fun. Part of speech-Noun Columbus Vocab. Antonym-neglect Syllables-3 Synonym- Path Antonym- Neglect Expedition Def.- Navigation is the action of being in charge of the direction of a vehicle when it's traveling. Def.-A member of any of the peoples inhabiting the islands of the Caribbean Sea, such as a West Indian or a Carib. Part of speech-verb Hemisphere Syllables -3 I live in the Western Hemisphere. Part of speech-noun Synonym-contagious Def.- traveling over, on or through water air or land. I like to navigate with my friends. Settlement Def.- A half of an sphere. Navigation Def.- Outbreak of an disease that spreads quickly and affects many people. Part of speech- noun Def. A path that someone takes when they travel. Navigate Syllables- 1 Synonym-cross Caribbean 3 syllables Synonym-Fraction I went on the route 66 all the way to Illinois. Synonym- Water Antonym-Western Hemisphere Synonym-Trip Part of speech- verb Exchange Antonym- Abandon Epidemic I learned navigation in the second grade.