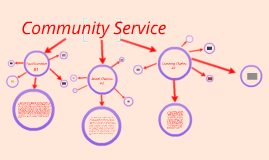 Transcript: Community Service #1 Food Donation Who would have known little things that you take for granted on a daily bases could really make someones day. For community service one of the things I choose to do, was to make food and take it to the homeless shelter.Do you know, how many people go to the homeless shelter daily to eat dinner? Well yes, the answer is about 160 people all the way to 200 people on a busy day. Summer Jaferian and I spent five hours making peanut butter and jelly sandwiches and baked goods. we made a total of 43 sandwiches 20 brownies and about 25 chcolate chip cookies. When we arrived at the homeless shelter, it was about dinner time, some people had already started eating, but when they saw the food, even though it was just simple things like sandwiches their facs lit up. They were so thankful for the food we brought. This really made me think of how thankful I should be for being able to have a homecooked meal everyday and being lucky enough to go to sleep everyday with a full belly. Next time I eat a meal I will be thinking about the amazing people there, and the wonderful feeling of being able to help someone and make a difference. Beach Cleanup #2 The beach, an amazing place to be. But no one likes to go to the beach and see trash. So another thing I decided to do for community service, was beach cleanup. I spent and hour and a half at the beach picking up garbage. I think an hour and a half of cleaning is a small price to pay for the amazing scenery we have and the wonderful things you can do in the ocean. I'm glad to know that the trash on the beach ended up in a dumpster than in a turtles stomach. So I'm proud of doing a small thing that can help keep our beautiful beaches and ocean clean. Donating Clothes #3 Clothes, an everyday necessity. Everyone needs them but can't always afford them. So the last and final thing i wanted to do for community service was donate some of my clothes to the family shelter. I thought of all the children and families who can't afford clothes and decided I should do what I can to help them,especially in this cold weather. We arrived at the shelter early in the day, and droped off a bag of clothes, the people were so nice and appreciated everything. We got to talk to one of the moms and she said that the facility was really nice. It was nice to see the childern playing, and I'm happy to know that they will be able to have some new clothes for the cold weather. 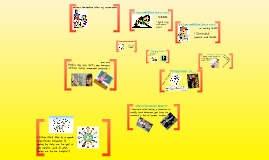 Transcript: community service alma manuel Period 5/a 5.10.2011 My time There i Volunteer For About 12 hours there iVolunteer at... Edison high school My Resposibilities there were.. on thursday April 14,2011 i Helped señora Gozalez By correcting some of the papers/Quizes. i Did 3 Hours My Resposibilities there were.. on monday 14,2011 i Corrected papers and tests. My Resposibilities there were.. 5.3.2011 i typed, copy and paste papers señora Gonzalez Was my supervisor i choosed volunteer there because because idk i just felt like helping her out what i learned there? i learned that being a teacher is really hard because you have to correct a lot of paper, tests. i think that this is a good experience because it going to help me to get a job easier. and it also helps me to be helpful.:) 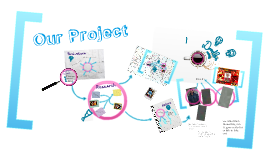 Transcript: Our Project we called Bush Elementary, Mis. D. gave us the list of kids to help out. We had recieved some help from some local I.F. people. Then we gave the childern gifts acording to what they like! christmas for less fortunate (cc) photo by Metro Centric on Flickr Our kids: Deakin (4th) winterize cages at zoo flyers/posters Results call for list of names from school of choice Notes Find pictures of toys, children, and santa claus Isabell (5th) study maps of area to know where the houses are located (cc) photo by jimmyharris on Flickr (cc) photo by Franco Folini on Flickr Chris (5th) relay team boxes set up donation satations Alexandra (kindergarte-ner) toys for christmas Research cancer kids (cc) photo by Metro Centric on Flickr Luis (2nd) wrapping paper Important Details contact schools Brainstorm 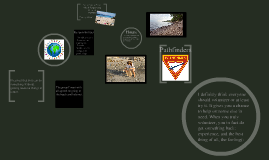 Transcript: Service Learning Project Alexis Sengsavang Period 5B 05/09/11 Cleaning A Beach Hours I was with my church and we were there for three days, but work from 2:00 pm- 6:00 pm Responsibilities - To pick up trash -To better the enviroment -To help people that are trying to do good things The group I went with all agreed on going to the beach and help out. Pathfinders I learned that you can do something without getting material things in return. I definitly think everyone should volunteer or at least try it. It gives you a chance to help someone else in need. When you truly volunteer, you in fact do get something back: experience, and the best thing of all, the feeling(: 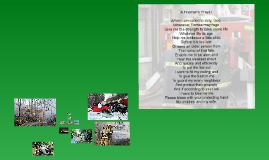 Transcript: I done firefighting as my community service. I've been on the Hillsville Fire Department for a little over 3 years. By doing this I save people's property and lives at risk. I learned that saving lives and property is a great success but yet we hardly get the thanks we need. It benefits in saving the community. If nobody volunteered lives, homes, cars and other things would be lost. Im going to stay a life member and also get paid on another department. It's the best feeling ever saving whats very important. The Hillsville Volunteer Fire Department was organized in August of 1931 following a series of fires that destroyed the Hillsville High School in 1930, which was only 2 or 3 years old at the time of the fire. When disaster occurred again, a large portion of the Downtown Business District was destroyed January 28,1931. The Thorton Hotel, a.k.a. Texas House, where the Family Shoe Store and Hillsville Dinner now stands, and the one-story frame building owned by Dr. Tipton was destroyed on the courthouse side of the street, the 1872 Courthouse also suffered damage but was saved. The Childress Hotel, Hillsville Hotel, Guynn Building, Masonic Lodge Building with a barber shop owned by Morrison and Cochran on one side and a barber shop owned by a Mr. Gardner on the other, Walter G. Howlett furniture store, W. D. Tompkins Building which contained the Busy Bee Restaurant owned by Arthur Underwood, the Nuckoll's Drug Company, and Hillsville Hardware with Dr. Glen Cox's office over it were also destroyed in the fire. The Farmer's Bank did not burn since it was a brick structure, however the 2nd floor dentist offices of Dr. C. B. Givens and Dr. W. R. Gardner suffered damage to equipment and records. The firebreak came in the form of the general store owned by B. O. and Arnold Quesinberry, saving the other structures. Fire crews from Galax and Mt. Airy, NC responded to combat the blaze since Hillsville had no fire department at the time. On May 4, 1931, the Town Council entered into contract with the Howe Fire Apparatus Company of Anderson, Indiana for the purchase of a Ford Model HB-5 Combination Pumping Chemical and Ladder Outfit on a Ford AA chassis, which carried 200 gallons of water, for the sum of $2,950; with delivery in July of the same year and was received in August 1931, thus the birth of the Hillsville Volunteer Fire Department. 1 hour brush fire 1 hour low gap mountain fire mile marker 7. One fatality Big brush fire, 3 structure fires South on interstate 77 1 hour Interstate 77 wythe county. Hauling polyester Sylvatus highway 2o minutes Coulson church road Greenhouse fire mcghee road 3 hours One injured 3 hours 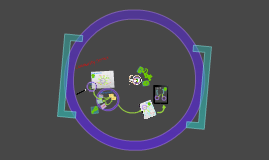 Transcript: Community Service Brainstorm What to do? Donation boxes Toys for Tots Shovel Sidewalks Salt Driveways and Sidewalks Important Details Ask permission to salt property Need to buy 2-3 bags for 9 blocks. Need top go around and ask at houses to see who needs it done. Get shovel and ice melt ready. After I shoveled I layed down ice melt and moved to the next house. All the houses that agreed with me shoveling said the first snow day. As soon as it stopped snowing I took my shovel and a bag of ice melt. The people were alot happier. Spread salt over sidewalks, driveways, etc (cc) photo by Franco Folini on Flickr (cc) photo by Metro Centric on Flickr Research No ice for people to slip on. Results Set up dates. Ice melt costs around $8-16. Notes (cc) photo by Metro Centric on Flickr People didnt have to shovel before going to work. Find houses that need salted. (cc) photo by jimmyharris on Flickr Procedure. 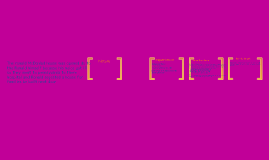 Transcript: make crafts with kids decorate tree The staff do assign at least 1 chore per room and ask that they do try to do 1 choore if staff and voulunterr agree it's safe too wipe conters The Ronald McDonald house is based mostly on all donation they ask for a 25.00 donation but somtimes will not push expecaly if the family is there do because of a baby or inability to pay experience The ronald McDonlad house was opened do to the Ronald himself because his neice got ill so they went to pennsyvania to there hospital and Ronald segested a house for families be built next door Home like Home From this great experience i have learned that there are still really great people that do have a heart to vouleenter to lend a kind hand learnig target history gift wrap birthday presents Clean toy room The Ronald McDonald house is a place where parents,copples,and old folks can stay if there out of towners that are seresly ill themselvs or there chindern are ill and can not travel home the only exception is the person must be 18 or accumpened by a adult