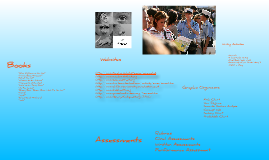 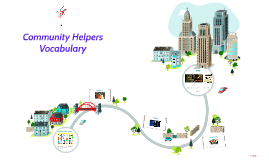 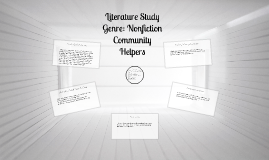 Transcript: Read-Alouds/Listening Technology -Police Officers. After reading this book, the teacher will ask students how they would help people if they were a police officer. Students will share their answers. -Community Helpers. After this book is read to the class it will be out for children to read on their own. -Safety Is Our Job. The teacher will read this book with students in small group, working on high frequency words. References Bourgeois, Paulette, and LaFave, Kim. Police Officers, Sheck Wah Tong Printing Press, 1999. Bourgeois, Paulette, and LaFave, Kim. Postal Workers, Sheck Wah Tong Printing Press, 1999. Freed, K. (2002)Community Helpers. A Reading A-Z Grambling, Lois. My Mom is a Firefighter, Scholastic Hayward, Linda. A Day in the Life of a Firefighter, Southern Lights Custom Publishing, 2001 Liebman, D. (2003) I Want to be a ZooKeeper. Owen, A. (2004). Delivering Your Mail. Priddy, Roger. ABC of Jobs, Scholastic, 2003 - Pictures of community helpers will be projected on the smart board and students will drag and move the correct picture as the teacher reads ABC of Jobs. Literature Study Genre: Nonfiction Community Helpers Independent/Small Group Reading -Postal Workers. After reading this story and talking about what mail carriers do, students will write a letter to their mail carrier thanking them for doing their job. Reading-Writing Connections -I Want to be a Zookeeper. The class will talk about what a Zookeeper does and as the teacher reads, students will think about what animal they would most like to take care of. -My Mom is a Firefighter. After talking about what Firefighters do, the teacher will read this story for the students to listen to. -Firefighters A to Z. This book will be used to help students draw a picture of themselves or someone else in fire gear. -ABC of Jobs. The teacher will read this as a review after they have learned about different community helpers. Discussion Questions 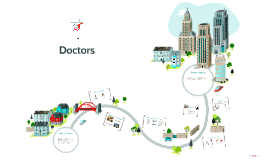 Transcript: You can help your child get interested in becoming a doctor at home! All it takes is a few props, clothes, and stuffed animals! They can pretend to give their animal a checkup! Doctors In a clinic A doctor is someone who helps us by finding out what is wrong with our bodies when we don't feel good, making us feel better when we are sick, and helping us to become healthier. Where do Doctors Work? Parents: Doctors Help Us What is a Doctor? Taking your child for regularly scheduled checkups Check to see if your child is developing correctly with age milestones You can help your child at home by: design by Dóri Sirály for Prezi What tools do Doctors use? What do Doctors wear to stay safe? Parents: What do Doctors look like? In a hospital Doctors help our community to stay safe, be strong, and healthy! 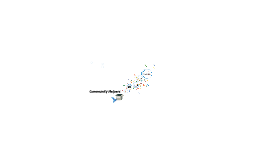 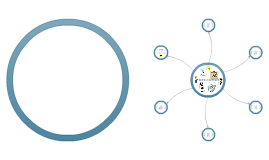 Transcript: A cross guard stops traffic and helps young children cross the road safely. Cross guards wear bright orange, yellow, or green vest so traffic will be able to see them stopping traffic. Cross guards use a whistle as their tool. This way people driving cars and the children will be able to hear them whistle and direct them correctly. Some cross guards carry a large sign that reads “STOP”. Librarians work in public or college libraries. They also work in Elementary, Middle, and High School’s. Librarians help people find books, magazines, newspapers, audio and video recordings. Now a days, librarians can help people with computers as well. Librarians use computers as their “tool”, as they can research information on books from the computer. However, of course books are their main tool! Most librarians wear professional dress clothes to the library and a name tag. Sanitation Worker Librarian Police Officer Sanitation workers are also known as “garbage and recyclable men”. They collect and remove trash or recyclables from all different types of areas. They then bring it to a proper disposal site. Sanitation workers use a giant truck as their main tool. They first set the garbage/recyclable bin on the edge of the truck. Then, the truck flips it over and dumps out the garbage/recyclables into the truck so the sanitation workers don’t hurt themselves. Sanitation workers wear gloves to keep their hands safe from sharp trash or recyclables. They also wear bright colored vest for safety while loading the garbage/recyclables in the truck. Like a fire fighter, a mailman also takes on many different roles. They must first sort the letters, then put them into special cases that have slots for each address, and finally take the mail and deliver it to the neighborhood. A mailman uses his mail bag as a tool. A mailman usually wears a light blue or white short sleeved shirt and short pants in the summer time. During the winter, they wear a dark blue long jacket, long pants and boots. Some mailman wear hats as well. Fire fighters take on many different roles. Not only do they fight fires, but they risk their lives everyday to save people from fire, protect property from being ruined by fires, rescue people who are trapped in cars or trains after an accident, and help people when natural disasters take place. For example, earthquakes, tornadoes and floods. They use a variety of tools, such as a hose, fire hydrants, oxygen tanks, an axe, and walkie-talkies to communicate with other fire fighters. Fire fighters wear a lot of protective gear. Such as special fire protective jackets and pants, heavy fire boots, hard helmets, safety goggles, face protective gear, and oxygen tanks. Veterinarian Veterinarians help animals when they are sick. Sometimes when pet owners have to go away, veterinarians take care of them and let them stay in a kennel. Veterinarians also use a variety of tools to take care of pets. For example, they use lights, x-rays, light box, scopes, tables, and they read a lot of charts. Veterinarians wear lab coats and a stethoscope. Bakers make a variety of baked goods. Such as bread, rolls, cakes, pies, scones, etc. They send their food to the market where people buy these goods. Most bakers work at bakeries, grocery stores, and/or restaurants. Bakers use many tools, such as rolling pins, cookie cutters, mixing bowls, spoons, and different types of ingredients to make their delicious baked goods! Bakers wear white uniforms and tall white hats.They also wear sanitary glove while baking. Baker Mailman Police officers have a variety of jobs. They enforce laws and maintain order, guard against crime, direct traffic, help accident victims, find people who have gone missing, and investigate crimes. They also wear a belt that carries a lot of tools. Such as handcuffs, a pager, a notebook and pen, a gun, a flashlight, a baton, and a cell phone. Police officers wear a dark blue or black uniforms, a name tag, a hat and a bullet proof vest. Plumbers install pipes in buildings and fix leaks, clogs and/or breaks in sinks, toilets, and bathtubs. Plumbers use a variety of wrenches. Such as a regular wrench, adjustable wrench, and a pipe wrench. They also use screw drivers, a pipe cutter, plunger and measuring tape. Plumbers wear jumpsuits that are made to go over their own clothes. The jumpsuits are meant to protect their clothes from getting dirty. Fire Fighter Community Helpers Plumber Construction Worker A construction worker helps our community by building houses, apartments, and buildings. They use a lot of different types of equipment. Such as a saw, orange cones, ladder, hammer, nails, screw driver and many other tools which they carry in their tool box. A construction worker usually wears boots, a vest, a tool belt, gloves, and a hard plastic hat. YOUR TURN! On your worksheet, draw a community helper of your choice. Once you have finished drawing your community helper, color them in with crayons. On the lines provided write 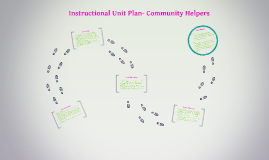 Transcript: Community Helpers Sorting Mail Activity Healthy Teeth- Children sort pictures of healthy and unhealthy foods onto two cardboard teeth. (Dentists) Curious George iPad Game- Matching and identifying equipment in the fire station and on the firetruck to prepare them for the field trip to the fire station. (Firefighters) Letter Recognition- Given five letters they have to pick the right letter to match the police officer. What do you want to be when you grow up?- Create something that relates to a community helper they want to be and share and explain to the class. Sorting Mail Begin the lesson by reading a book about mail carriers called Delivering Your Mail: A Book About Mail Carriers By National Geographic Learning which describes some of the things that letter carriers do to make sure people in the community get their mail. Give the students 10 envelopes with stickers and sorting boxes. For the lesson I taught I only used 6 envelopes and each student only got 3. Explain that they will need to count the stickers and then look for that number on the sorting box and place the letter there. Instructional Unit Plan- Community Helpers Conclusion Goal CD-10: Children show understanding of numbers and quantities during play and other activities. Goal CD-11: Children compare, sort, group, organize, and measure objects and create patterns in their everyday environment. Objective: Given 10 envelopes with different number of stickers on the front, the students will count the stickers and put the envelope in the correct box matching the number of stickers to the number on the box, ten times. Pros: Developmentally appropriate. Most of the children were able to count and match the envelopes with the correct number. Activity Plans Cons: Not enough time given for the book and activity in a large group. (Better for a small group activity.) Did not know the children well enough to know each of their individual abilities. • Children will understand *Police officers, firefighters, mail carriers, teachers, and doctors are community helpers. *Community helpers are in the community to help people every day. *How each community helper helps people; firefighters rescue people and put out fires, dentists clean teeth and promote healthy eating habits, police officers make sure people are following the rules and laws and help people who are in trouble, mail carriers sort and deliver mail in the community. • Children will be able to recognize equipment and sounds associated with each community helper. Sorting Mail Activity 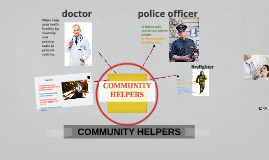