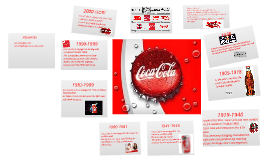 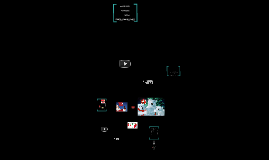 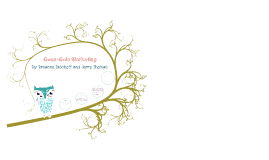 Transcript: The ad campaign which was launched in 2006 is the main theme that centers around people drinking Coke and feeling happy and positive Coca-Cola was first inventer by a pharmacist names John Pemberton. Marketing Ideas There is little creativity found in the first ad, just some text. No artsy fonts, no images, no gimmicks. The first newspaper ad showed the company’s first (and definitely the last) tagline: ‘Delicious! Refreshing! Exhilarating! Invigorating!’ Coca-Cola was the first soft drink to ever be in space. All business activities to make a product or service available to consumers and to ensure effective exchanges occur Coca-Cola's History The Coca-Cola Company is dedicated to offering safe, quality beverages, marketing those beverages responsibly and providing information consumers can trust. The Coca-Cola Company has always taken seriously its commitment to market responsibly Marketing !980's is the decade also marked the introduction of the New Coke By: Breanne Bischoff and Jerry Thomas Coca-Cola Marketing In 1982 Diet Coke was introduced is now the most popular diet drink. One thing Coca-Cola does olympics. 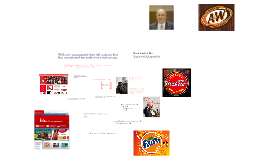 Transcript: Coca-Cola is the world's largest beverege company. The first coca cola was made in may 1886 by John pemberton, a pharmacist from Atlanta Georgia. Coca Cola originated as a soda drinking fountain 1886 into what is now a famous drink Coca-Cola has been serving its famous drink for nearly a century. The Coca-Cola bottling industry has grown its roots into local communities for years and it still provides that famous drink in local stores. The logo of Coca-Cola has become a symbol of friendship during these 125yrs. And its still bringing people together a centuy later. With new management they still continue that firm commitment tey made over a century ago. Coca-cola's main competiton is pepsi. The current CEO of Coca-Cola is John Brock. He's salary is over $25million. Stock symbol: KO (high 69.63 & low 68.63) Its heaquarters rest in Midtown Atlanta Georgia. Coca Cola's yearly profits is an estimated $6.8 million. Its yearly losses are $4.4 billion Coca-Cola has been around for 125yrs. COCA COLA 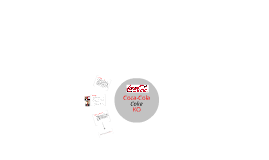 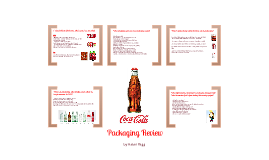 Transcript: What I would change about the brand and its packaging? A visual critique of the brand, what's good, bad and why? What constitutes good and bad packaging design? What information is required for a packaging redesign brief? What to consider first, before starting this redesign project? Packaging Review What is its personality, what benefits does it deliver, its target consumer, its USP? Instantly recognisable Looks appealing - you want to pick it up and buy it Easy to read and one dimensional Sit comfortably and as part of the range of the brand Appeals to the target audience Carries a consistent message, reinforcing any advertising Clear communication Practical and functional - easy to use, store, carry, protects, Clearly stating the brand Being honest about what is inside the packaging Be bold - Be different - Originality and memorable Shelf impact - stand out and visible in the masses Extension - easily allows for extensions of the brand to be added. Simplicity - not including too much information, let the pack do the talking by Helen Rigg Simple use of colour for a youthful look and feel Instantly recognisable across 200 countries Designed to be recognised even in the dark! Logo hasn't really changed since origination in 1899 Iconic shaped bottle has been the same since 1915 and translated into the plastic bottle Brand is the second most recognised word in the world Good Alliteration of the 'C' to create advertising focus Limited edition - Ability to slightly amend the design and still be instantly recognisable Simple design - clarity and simplicity Use of between one and three colours (top 25 brands) Same style translates into many different countries/languages Colour - Red makes you hungry/thirsty Extension - Easy to add new products to the range Bad Complex cursive font is normally a bad idea for packaging Red can be associated with danger and war Use of glass bottles are less environmentally friendly compared with the PET 100% recyclable plastic, still retaining iconic design - Plantbottle The wording on the cans is the wrong way around when sitting on a shelf Almost impossible to change the logo due to history, popularity and volume Impossible to change colours due to history - White packaging has previously failed Orange is more representative of the brand; joy, happiness, creativity, determination, success and stimulation What are the mandatories? What is the purpose of the redesign? Who is the target audience? History - previous designs that did and didn't make it into production Look at the other offerings by the brand What are all the permutations of the product? Is there a set size/shape/cutter for the packaging? Any offers/promotions/competitions to be considered? Where will the product be launched? What deadlines are we working to? When do you want to see first concepts? 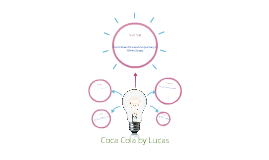