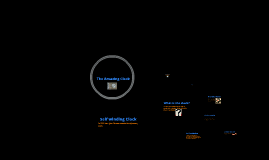 Transcript: The Amazing Clock What is the clock? The minute hand of the clocks was invented by Josh Burgi in 1577. The first pendulum was invented in 1656 by Christian Huygens. First Wrist Watch Later clock companies started to come in, such as Westclox Clock Company and Warren Clock Company. Self winding Clock Mechanical Alarm Clock In conclusion without the clock we would never know where to be at a certain time. We might always be late for stuff also. So we are lucky to have the clock. Clock Companies In 1923 Swiss John Harwood invented the self winding watch. The Pendulum In Conclusion The Minute Hand The clock is an invention that has helps us ever since it was invented. It helps indicate the time and keep the time. On October 24, 1876 Seth E Thomas created a mechanical wind up alarm clock that could be set at any time. The first wrist watch timepiece was first invented in Nuremberg, Germany by Peter Henlein, but it wasn't very accurate. 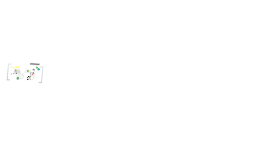 Transcript: time started to be measured in hours(24 hours equal one day) average error by pendulum varied by seconds every day pendulum greatly improved constant movement of hands on clock or the bell before error was ten to fifteen minutes obelisk used sun to tell time clock was first invented in Egypt egyptians took time keeping to a new level pendulum made time keeping more precise clock changed world by helping us keep time since we all have busy lives Galileo discoverd pedulum in 1581 3 facts Galileo Egypt Results Notes United States no one lives without clock The Clock Got information from http://www.mce.k12tn.net/renassance/inventions.htm and other things from GOOGLE many different clocks many people need clock to live their lives. First mechanical clock was made in the early 1300's Egyptians built first clock( obelsik) Research many different versions of clock some clocks have roman numeral Important Facts Key Facts 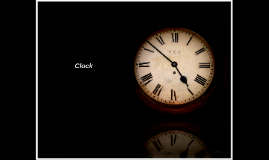 Transcript: Eli Terry was born on April 13, 1772 in East Windsor, Connecticut. Was the son of Samuel and Huldah Terry, born in what was is now East Windsor, Connecticut. As a young boy, he was accepted as an apprentice clockmaker under the guidance of Daniel Burnap. He learned the trade well, and when he was 21, he went into business for himself. It was 1793 when he opened his own clock shop in Plymouth. Eli Terry was a proficient mechanic Most of the early clocks he made were made with wooden works, as were most of the American clocks around this period. Since iron was difficult to obtain and hard to work, and the brass industry had not begun. Wood was plentiful, and there were plenty of quality species close at hand, and it could be crafted into beautiful pieces. As his business grew, he was able to take on an apprentice himself, and hire several employees as well. He saw the advantage in making clocks with standardized works, and he found that he could produce several clocks at the same time by adhering to these standards Entering into a contract with several merchants in 1807, Terry agreed to produce 4,000 wooden clocks within a 3 year period. The 1st year, he constructed a right machinery to manufacture his clocks, and the 2nd year, he produced 1,000 clocks. Producing the final 3,000 clocks in the 3rd year represented an unequaled achievement. Rather than relying on components that had to be handcrafted, what made Terry’s accomplishment possible were his steps towards incorporating mass production. He hires 2 assistants and starts wholesaling clocks in lots of one dozen. His most expensive tallcase clocks sold for around $70 (approximately $1,250 now). Their dials had both minute and second hands, the phases of the moon, and finely crafted cases. He sold less expensive tallcase clocks as well, some for as little as $18.00 (approximately $320 now) Eli Terry Eli Terry His business at time consists mainly of clock and watch repair, engraving, and the sales of eyeblasses. Slowly, he starts building his clockmaking business and charges about $25 for just a clock movement and dial (approximately to $400 now). Although his earliest clocks use both brass and wooden movements that he makes himself by hand, he decides to focus exclusively on making clocks with wood movements. The wooden movements are less expensive, allowing him to sell his clocks for less. Terry’s clock manufacturing techniques and designs made clocks household objects by the 3rd and 4th decades of the 19th century. Previously, clocks were luxury items owned only by the most well off in society. However, the low cost of Terry's clocks allowed them to permeate all economic and social strata and allowed for the clock to become a ubiquitous addition to the American household. Clock 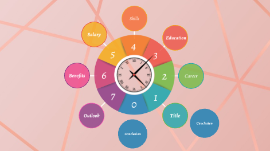 Transcript: 5 2 6 1 4 7 0 3 Author Title Ah'Taya Beard, period 2, PCC Career Author/ Writer Someone who writes for a living creating different genres or books. Most of the time they are freelances just in the world free minding their own business. A B Important duties of the job 1. Writing, proofreading, or editing 5. Look for publishing contracts 4. Researching and developing external contacts 3. Marketing and distributing your work 6. Negotiate terms and conditions of a contract 7. General administration 2. cooperate with other writers such as printers, photographers and artists. Education Education Just need a high school diplomat but not necessarily you can just go into writing without any qualification but you do need to know how to preserve, have excellent written communication, also a good grasp of narrative and awareness of audiences. If you want an official job like journalism you will have to have a Bachelors Degree in literature and writing. In order to get more more promotions you will need to get bigger assignments in writing and a editor, you will also need to build your resume Skills Promotions Salary Salary starting/$72,120 average $57,990 vs $72,120 $27.88 $117,280/$19,530 Benefits Benefits Some of the benefits of being a writer are you'll have a very flexible schedule, you'll be able to travel more and plenty of other things. If the publisher doesn't like your work they are fully within their right to reject you also you can get writers block very easily. You will have to make many sacrifices money wise, You will have to be your own sales person. Drawbacks Drawback Outlook Outlook 123,200 jobs as of 2018 and 8% outlook with little or no change as of 2018 to 2028. The job outlook is not rising nor decreasing but staying the same. Customize and add your content Separated Design Elements: Conclusion Conclusion I will be able to do something I love I can change people lives with what I write some kids might want to look up to me I get to work where ever I want even a coffee shop My research still makes me want to pursue this job but I feel like I'm less likely of getting it now Conclusion 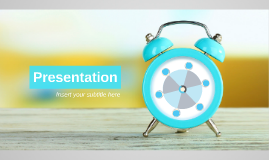 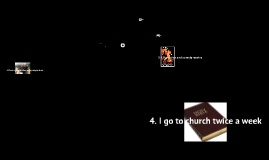