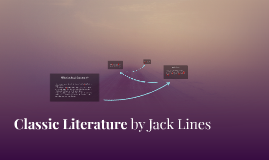 Transcript: What is Classic Literature? The Yellow Wallpaper Gothic Fiction was becoming hugely popular in the early 1800s when Mary Shelley wrote Frankenstein. Many examples of classical literature were written during this time and were instances of gothic fiction. Some of the gothic novels include: The Castle of Otranto by Horace Walpole; The Monk by MG Lewis; Vathek by William Beckford Classic Literature by Jack Lines Gothic Classics Gothic Fairy Tales "The Yellow Wallpaper" is a short example of Gothic fiction. The author, Charlotte Perkins Gilman, and her work have been long overlooked as she was a female writer during a time in which women authors were considered to be of inferior quality to male writers. It documents a women's mental breakdown during her time in a manor house in the country. This idea was taken from Perkins Gilman's experience. She was thought to have suffered through post-natal depression with no support due to psychological science having not many the advances it has. The Romans named a type of literature as "classicus" or "for the upper classes". In the 15th and 16th centuries historians looked at the Ancient Greeks and thought that they had the best thinkers and writers, they were known to have lived in the classical era. "Classic" is a phrase often used to refer to articles that are seen as "timeless" and are not really part of any trend or caught up in a particular taste in time and history. Hansel and Grethel is an excellent example of a gothic fairy tale with instances of wild animals, abandonment and full moons. other Gothic fairy tales include: Snow White and the Seven Dwarves; Little Red Riding Hood and Sleeping Beauty. many Gothic fairy stories began as very macabre articles much more suited to adults than children with occurrences of famine and burnings 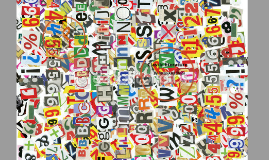 Transcript: What is classic literature? Thank you for listening Along with films, television can be classic:: Batman The Fresh Prince of Bel-Airr Classic literature By Taran And Ethan Classic Television Series Films can also be classic. here are some examples: Star Wars Star Trek 2: The Wrath of Khan Frankenstein King Kong Planet of the Apes War of the worlds Romeo and Juliet Of Mice and Men Batman Independence Day Classic Films What is Gothic literature? The Yellow Wallpaper Hansel and Grethel Frankenstein Macbeth Hamlet Harry Potter The Hobbit THE EDIBLE DISASTER IS ALSO CLASSIC #YOLO Classic literature is a piece of literature that can be considered "classic". this means that it is that it has stood the test of time, and is still popular in modern times Examples Of Classic literature Gothic Gothic literature is a way to scare the reader without introducing blood and gore. Instead of blood and gore they bring psychological scarness into it and scare the reader by making someone insane or introduce a ghost. Gothic is a part of classic literature. It is similar to horror, but doesn't have as much gore in it, yet can be just as scary. 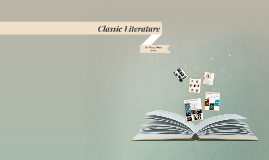 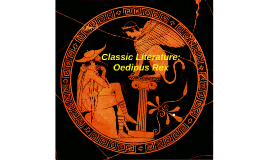 Transcript: Intro and Thesis: Time Period Influence Here ends Oedipus' reign as leader, and my presentation. Oedipus Rex has withstood the test of time, alluded to the past, universally taught lessons of truth and fate, and found its way into the modern era with its expansive influence on literature. Oedipus is read for warnings of: Pride Knowledge I relate to...: Truth Knowledge Oedipus Rex, is about a man whose prophecy is to kill his father and marry his mother. Runs from his fate Unavoidable and he falls. Thesis= Sophocles’ Oedipus Rex has stood the test of time with universal themes of truth and fate that are still applied today. This,the historical allusions to Greek mythology, relatability to life back then, and influence on psychology and literature has made it a classic. Classic Literature: Oedipus Rex The story reveals much about human nature, and Sophocles was extremely interested in human nature and philosophy. "Pride breeds the tyrant violent pride, gorging, crammed to bursting with all that is overripe and rich with ruin.... "-Chorus Sophocles saw the gods "no longer as revelations of truth, but only as picturesque and striking fictions." "You pray to the gods? Let me grant your prayers."-Oedipus to the Chorus. Relevance Relation to Sophocles Sophocles' Introduction of the third actor allowed for more elaborate plots. Influenced Sigmund Freud with the infamous "Oedipus Complex". "...now I've reached this pitch of dark foreboding." - Oedipus. The dark truth caught up. "You, you'll see no more the pain I suffered, all the pain I caused!"- Oedipus Life is full of suffering. Influence Conclusion! Greek mythology and polytheistic religion was very important and many characters lived by them. "The plague, abhorred and feared, Makes desolate the home where Cadmus dwelt, And Hades dark grows rich in sighs and groans." Source of the Plague was the gods wrath. The Sphinx got him to the throne and is part of Mythology. "What goes on four feet in the morning, two feet at noon, and three feet in the evening?" Artistic Quality The central theme would be fate. Ex: Tiresias' prophecy that comes true. Oedipus learns about the inevitability of fate, when the far fetched prophecy comes true. Marries mother, Kills father. Death is another. Death constantly shows up with Jocasta suicide, Father's murder, and even Oedipus torture is very grotesque and deathlike. Central Theme 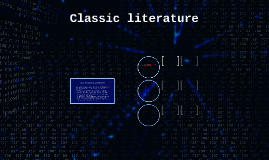 Transcript: Many classics are gothic stories or contain gothic elements. Gothic Classics Classic literature The Romans classed better literature as classicus - for the upper classes, the highest quality of writing. "Classic" is a phrase often referred to articles that are "timeless" and are seen by one generation after the next as being of high quality. They are not part of any trend or caught up in a particular taste and time in history. in the 15th and 16th centuries historians looked at the Ancient Greeks and thought they had the best thinkers and writers,They were known as models of excellence from the classical era. What is Classic Literature? 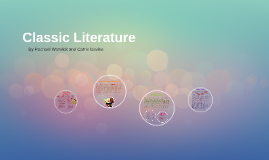 Transcript: Classic literature is a piece of writting, whether it's a play, a book/story or a poem, that keeps returning for generation after generation. It has stood the test of time and keeps it's high quality. Nowadays, classic is thought to mean 'really good' or 'old' which is sort of right, but it has to be popular through out many generations. It can also mean the first of it's type There are also some traditional fairytale features: -The witch ends up dying -The stepmother wants rid of them -There is a problem to solve: "How are we to feed our poor children, when we no longer have anything even for ourselves?' -The children end up being saved The Yellow wallpaper Deviations from Gothic features: -John is good rather than being evil -The woman is creeping in the day which means people should be able to see her, but only the woman can By Rachael Warwick and Carrie Devine -There's a monster -The monster is angry -Victor has been cut off from the world for so long while creating the monster -The monster wants to kill -He kills a young boy -'I grasped his throat to silence him, and in an moment he lay dead at my feet.' This is a part from the book which proves the monster wants to kill Gothic Features: -A woman is creeping round -The woman feel like she is seeing ghosts - She talks about a broken neck, and having fireworks in her pillow (DISTURBING!) Fairy Tales Frankenstein is a piece of classic literature written in 1861 by a 21 year old (at the time) Mary Wollstonecraft Shelley. It's about Victor Frankenstein, an inventor, who created a monster. He realised that this was a mistake soon after the monster becomes alive and dis-owns him. The monster seeks revenge and tries to find Victor. On his journey, he meets a family who are scared and run from him, but the only person who talks to him is the family's blind father. -The monster starts off nice, until Victor abandons him. Usually, monsters are evil right from the beginning -There is one person who the monster can talk to, usually everybody hates him -The writer shows two sides to the monster, a good side and an evil side to make you wonder whether the monster is really all bad, like stereotypical monsters are. Frankenstein What is classic literature? Gothic features Examples Although not many people know it, fairytales can hold many gothic features and are indeed, classic literature. Take Hansel and Grethel for example. This story holds many gothic features: -A witch wants to kill them -It mentions about wild animals tearing the children to pieces -It says: 'the witch was miserably burnt to death' which is a traditional gothic feature because it has gory details. Deviations from gothic features 'The Yellow Wallpaper' is a story written by Charlotte Perkins Gillman and is a gothic story about a woman who slowly turns insane. Is all because of her wallpaper which she describes as suicidal. Mainly because is has lots of curls and twists that suddenly drop. The story holds many gothic features, but many deviations from gothic features too: Classic Literature 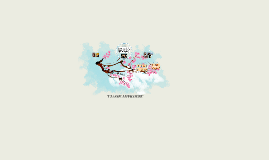 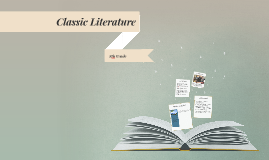 Transcript: 8th Grade Good Literature Good Literature You should be looking for Good Literature, which goes beyond the typical "page turner" or "I couldn't put it down!" When your high school English teacher asks what you have read recently, you will be proud to mention this one! You will look for a book that has the distinctive elements of Good Literature: *CHARACTERS are well-developed and multi-faceted *PLOT unfolds meaningfully, with multiple subplots *THEMES tackle more complex and universal issues in life. They should be deeper than a simplistic statement, like "Believe in yourself." *STYLE is thoughtful and thought provoking. Keep in mind : The Language of Literature "A Classic is an enduring work of literature that continues to be read long after it is written. A classic deals with emotions, behaviors, and truths shared by human beings of every age, ethnicity, and culture." Classic Literature What is a classic? * You are looking for a book that is recognizable to others *Reading a book like this will improve the depth of your personal connections *You are looking for a book that is both entertaining and intellectually stimulating *The book is an important book *The book is timeless-no matter who reads it can relate to it in some way You will choose a classic piece of literature on which to focus.