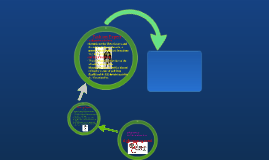 Transcript: Poor law •reduce the cost of looking after the poor •take beggars off the streets •encourage poor people to work hard to support themselves A christmas carol History Expert Jeffrey Bowman Mrs.Bakers 1st hour class HEALTH the first from 1831 to 1833 in included two influenza epidemics and the initial appearance of cholera the second, from 1836 to 1842, encompassed major epidemics of influenza, typhus, typhoid, and cholera. 19th century fashion throughout the Victorian era and the reign of Queen Victoria, a period which would last from June 1837 to January 1901 BICYCLE FASHION The credit of the invention of the wheels is given to the Mesopotamian era but the idea of riding by means of pedaling finally met its full development in the Victorian Era Fashion Expert 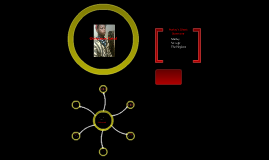 Transcript: Scrooge-mean, has no spirit for Christmas Scrooge’s nephew-into Christmas spirit. Marley’s Ghost-greedy, sad because has to live a horrible death Bob-works for scrooge The setting of the third stave was Bob Crachits home, the nephews home, and the streets of the town. The plot was to teach Scrooge that its not just about you, you got to give so other people can be happy. Setting/Plot Marley Scrooge The Nephew STAVE TWO THE FIRST OF THE THREE SPIRITS Christmas Carol Marley’s store Scrooge’s bedroom A Christmas Carol Setting/Plot STAVE ONE MARLEY’S GHOST STAVE THREE THE SECOND OF THE THREE SPIRITS Setting/Plot A Ghost Story of Christmas Charles Hubbard The ghost of Christmas future. This ghost was a phantom. It doesn’t talk and just points at what it wants Scrooge to see. He showed Scrooge his tomb stone, and his funeral. He also showed Scrooge how people tried to sell his things for money, and didn’t even care about him. Scrooge told the phantom that he would change. He would become happy and not so mean and grumpy anymore. He went to Bobs’ house and gave him a ham. The next day at work Bob came in late, Scrooge gave him a raise because of it. STAVE FOUR THE LAST OF THE SPIRITS Marley's Ghost Stave one The setting of stave four is the grave yard, Bobs house, and Scrooges’ shop. The plot of stave four is to show what Scrooge will end up like in the future. The ghost of Christmas past Ghostly, light coming from the top of his, has the ability to go to scrooge’s Christmas past He showed scrooge his past christmas years starting when he was young. He showed him the events that lead to what made him how he is today. Scrooge realized how he should have done many things differently back then. Scrooges’ birthplace To show how Scrooge made the wrong decisions and was not happy so when he became older it took over his life and made him a grumpy old man. Setting/Plot The ghost of Christmas present. This ghost showed Scrooge his present life. He was a tall giant that wore a green robe, and had a red beard. He had a torch that had the ability to make people more happy and not so poor. He cared more about the poor than he did anybody else. He took Scrooge to the Chratchits home, and also to is nephews Christmas party. He taught Scrooge how he should care more about the poor because people could be going though things, such as Bob’s son Tiny Tim dyeing. 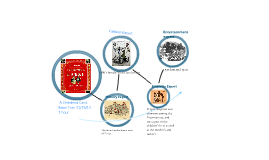 Transcript: The city of London shown from 1877 map. garden and spas A Christmas Carol Brian Tran 11/29/12 1 hour 1890's female Victorian fashion Etiquette Expert Etiquette expert Fashion Expert History Expert Entertainment expert Proper etiquette was common among the Victorian era, and was a part of the children's lives as well as the mother's and father's. 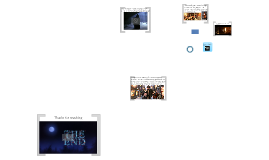 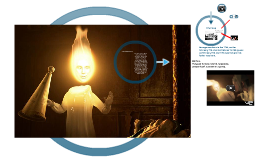 Transcript: Welfare - The good fortune, health, happiness, prosperity of a person or a group. Ghost of Christmas Past Scrooge's sister comes to pick him up for good. He is close to his sister and the ghost of Christmas past reminds Scrooge of his Nephew. 2nd Stop Boarding School where Scrooge sees himself as a young boy and is reminded that he spent most Christmas's alone because his father abandon him for most of his childhood. First Stop In order to prompt him to repent. It showed him scenes from his past that occurred on or around Christmas, in order to demonstrate to him the necessity of changing his ways, as well as to show the reader how Scrooge came to be the person he was and his particular dislike for Christmas – most of the events which negatively affected Scrooge occurred around the Christmas holiday season. He will be just like Fezziwig... Recalls his own clerk and wishes he could say something to him. Fezziwig He remembers a Christmas song and states that he likes the song. Wishes he could have given some money to the boy he saw earlier that day. Scrooge was born in the 1786, on the February 7th. Charles Dickens' birthday was on February 7th and 1786 was the year his father was born. Scrooge's Wife 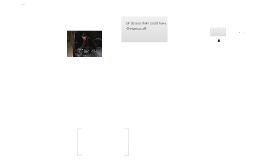 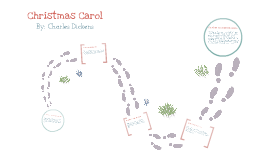