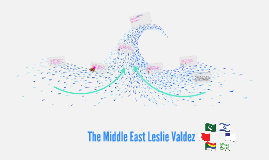 Transcript: Shiites The Middle East Leslie Valdez Jews were originated from the Israelite s of the Ancient Near East. This religion began about 4,000 years ago with the Hebrew people in the Middle East. They are an Ethnoreligious group that include those born Jewish and later on convert to Judaism. The Jews believe that they should always follow god's laws no matter what. The groups of the Shiites are considered as a target of terror to the Sunnis. Christians A belief that Christians can not be Baha'i had lowered Christianity to the same "level" as other religions. The Christians and Jews had many tensions going on, the Christian theologians have repudiated or may have also reinterpreted age-old beliefs that led to anti-Jewish violence. For almost 3,000 years they have been locked in a battle over who will control people and nations. Tensions between religions Due to the reformation of Israel there are two problems with Christian Zionism. Zionism is a form of nationalism of the Jewish culture. Christian nationalists focus mostly on the internal politics, such as passing laws that reflect views of Christians. In each of these religions they all have a relationship of nationalism which means they all share a particular belief and or affiliation. The Baha'i had claimed to supersede Christianity with a new revelation. Rise of Nationalism The Christian council declared that Christianity did not have to follow Jewish laws. The Sunnis and the Shiites have tensions about who will lead the Muslim community after Muhammad's death. Christians have rejected Baha'i due to them interpreting the Bible too literally. Baha'i Jews This is one of the two main branches of Islam, they as well are referred to as the Orthodox. The Sunnis believe that the prophet Muhammad died without appointing a successor to lead the Muslim community. They supported the fact that Jesus was a noble prophet of Allah. They wer because they believe themselves to follow the sunnah Sunnis During this time there are still many disagreements between the Jewish and Christians. This is a Abrahamic religion based on life and teachings of Jesus. Christianity was originated in Roman occupied Jerusalem. They believe that Jesus has a unique significance and that Jesus is the son of god. The Christianity traces began from the miraculous birth, adult, death, and resurrection of Jesus Christ. After the death of Jesus Christ they now believe that Jesus died for humanity. The most basic conflicts are between Sunnis and Shiites with the Christians, due to the Christians forming alliances with groups on both side of the current battles going on. This is a Monotheistic religion that emphasizes the spiritual unity of all humankind. They believe there is only one god who is the source of all creation and that all major religions have the same spiritual source and they all come from the same god. Their faith was founded in the 19th-century Persia. The Shiites is the second largest branch of Islam after the Sunni Islam. The Shea Muslims believe that just as a prophet is appointed by god alone. They believe god chose Ali to be Muhammad's successor. The Shiites are called Shea which means "follower" of Muhammad. They believe to be Muhammad's successor. 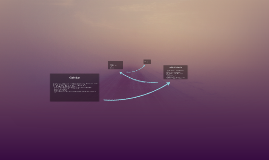 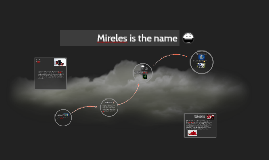 Transcript: Christian Mireles Music I like music mostly rap but not hardcore rap were there just talking about killing people and drugs and stuff like I that I like listening to Wiz Khalifa ,Kid Cudi , and stuff in the genre because there music is so calm and chill and relaxing. I am a sophomore at Grand Prairie High School I have 2 more years before I graduate high school. I guess you can say I’m excited I don’t really know though I don’t want to get older I mean I do but then I don’t because than my mom’s not going to cook for me anymore and then i do because I want to see how it is to be adult and see how life is once you get into the big world. I want to be an architect when I get older but it might be kind of hard for me to get there because it has to do with a lot of math and math is my weakness it’s like my kryptonite so to speak. My favorite sports I like shoes or I actually I love shoes!! Shoes are life I like jordans,nike basketball,and shoes i like. I like shoes because everybody likes something like some people are addicted to drugs and do that dumb stuff now I’m not going to lie and say I haven’t done any drugs because than I would be a liar so I guess you Can say shoes are my addiction so that’s why I like shoes Hometown I like playing football, basketball and soccer because you know I’m Mexican I was born in Las colinas Tx but raised in Dallas Texas Education My Name is Christian Mireles I was born in Las Colinas Texas on September 23 1998, but lived and raised in Dallas Texas. I have to brothers one, is 18 years old and his name is Marcus and I have a little brother he is 6 years and his name is Jovanny I am the middle child in the family . Mireles is the name Shoes 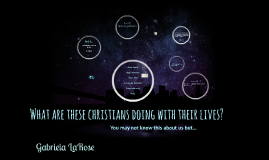 Transcript: God is... "WE BELIEVE...The Scriptures are Inspired by God and declare His design and plan for mankind." What are these christians doing with their lives? Grace Romans 3:23 Malachi 3:23 The way the truth and the life Constant Attend church Holy Communion Paying Tithe Reading the Holy Bible Pray continuously Study ... is when we deserve punishment but God does not give us punishment. ... is God’s freely given empowerment to do things that, otherwise, we would not have the ability to do. ~ Pastor Christopher Wheeler You may not know this about us but... First Assemblies of God's "Fundamental Truths" Matthew 6: 9 If anyone loves me, he will obey my teaching. My Father will love him, and we will come to him and make our home with him.” “I do not deserve to go to heaven. Even covered by the blood of Jesus Christ. I have never deserved to go there. It is only by the grace and the mercy of God. I am equal with every other human being that has ever lived or will ever live. And that none of us, not one, deserves to be in the presence of God… because of sin” Gabriela LaRose For everyone has sinned; we all fall short of God's glorious standard Mercy ~ Pastor Christopher Wheeler 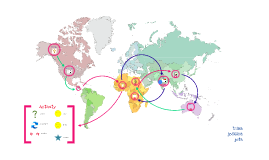 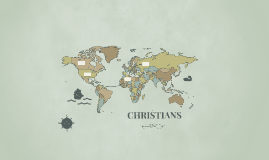 Transcript: Christianity CHRISTIANS Christianity is a monotheistic religious group. Jesus is the Son of God,and the savior of humanity, 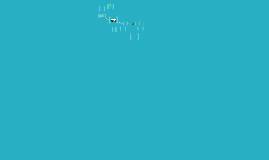