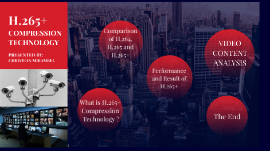 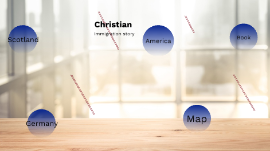 Transcript: Immigration story Christian Scotland Scotland Where in Scotland he lived How long he lived there Who he grew up with Move number 1 Moving How he left [transpiration] Why he left Where he went to Who he left with Germany Germany When he got to Germany What he liked about Germany Where he lived in Germany Move 2 Move 2 Why he moved a second time How did he travel Were he went to how old was he When he got to America What in America reminds him about Germany What he likes about America What he misses about Germany The hardest thing about moving America America Map Moving Why I chose this book Book 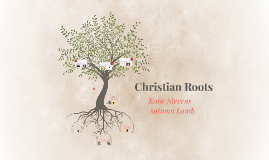 Transcript: Eventually, the conflict between the two led into violence and a type of "war" The conflicted ended after many years, but the tension on the matters of how many were killed during the conflict and whose responsibility it was remained Over the years, the religion quickly became the most practiced in the world. Katie Stevens Autumn Lamb Christianity and the Roman Empire Christianity and the Roman Empire Christians worshiped Christ but refused to worship other gods Romans thought of the Christians as "superstitious" and "ungodly". To the Romans, Christians presented a threat to Society and their way of life, and were therefore intolerable Northern-Irish Conflict Protestants vs. Catholics Romans persecuted Christians and made a big spectacle of killing them The killing of Christians was extremely public, and it was primarily Emperor Nero who persecuted the Christians Both the disagreements between Romans and Christians and the persecution of Christians led to greater attention to the faith The growing attention to Christianity led to the growing number of followers of the faith, quickly spreading the beliefs of Jesus all over the world Citations Martyrs Christianity and the Roman Empire Protestants vs. Catholics Northern-Irish Conflict vs Protestants vs. Catholics Northern-Irish Conflict Ellis, Elisabeth Gaynor., Anthony Esler, and Burton F. Beers. World History: Connections to Today. Upper Saddle River, NJ: Prentice Hall, 2003. Print.. Holloway, R. Ross. "Christianity in Ancient Rome: The First Three Centuries." The Catholic Historical Review 97.1 (2011): 110+. World History in Context. Web. 9 Feb. 2015. "Impulsore Chresto: Opposition to Christianity in the Roman Empire." The Catholic Historical Review 95.2 (2009): 322+. World History in Context. Web. 9 Feb. 2015. Christian Roots Ireland was under British Rule Protestants wanted Northern Ireland to remain part of the United Kingdom Catholics wanted to join a "United Ireland" Catholics were the minority Christianity British Government tried to stay neutral by trying to uphold order and keep Northern Ireland a part of the UK, but also not trying to step on the rights of the Catholics Catholics regarded the efforts of the government as forces of occupants and combatants in the conflict, as they tended to agree more with the loyalists, or Protestants