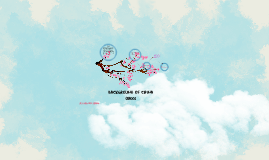 Transcript: The first Opium war and a vicious cycle that would eventually lead to the fall of the monarchy. What really shook China was the war with Japan. This clash,know as the Sino-Japanese War (1894-1895) was fought over control of Korea. The Clash Trades BACKGROUND OF CHINA (1800) Abirami & Rojina In the early 1800's,China,was still largely cut off from trade with the outside world.Several Chinese products,were in high demand in Europe,and unfortunately,a trade led to a serious drain of silver from Britain.This upset both Europe and China. By: Abi and Rojina War To everyone's shock,the Japanese navy soundly defeated the Chinese navy and claimed Korea,Taiwan, and a huge idemnity as the price of victory. Defeat Made by: 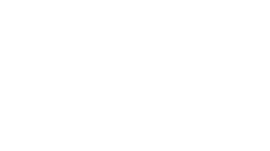 Transcript: m 1 2 p b Y g X F Historical Background & Literature CHINA E China is one of the countries with the oldest and richest civilization. It can be divided into three phases including the Ancient China Era (1600- 221 B.C), The Imperial Era (221 B.C- 1912 A.D), The Republic of China Era (1912 - 1949), and The Modern China (1949). Historical Background Ancient China Era Xia Dynasty Shang Dynasty Zhou Dynasty Historical Background Imperial China Era Qin Dynasty Han Dynasty Three Kingdoms Period Sui Dynasty Tang Dynasty Song Dynasty Ming Dynasty Qing Dynasty The Republic of China Era Modern China D Chinese Dynasty The first chinese dynasty founded by Emperor Yu in 1105 B.C Hsia Dynasty Hsia Dynasty Best known for the groundbreaking works A History of Modern Chinese Fiction (1961) and The Classic Chinese Novel (1968), C. T. Hsia has gathered sixteen essays and studies written during his Columbia years as a professor of Chinese literature. Wider in range and scope, C. T. Hsia on Chinese Literature stands beside his two earlier books as part of his critical legacy to all readers seriously interested in the subject. The period around which the Chinese were already civilized and had their government, society, philosophy, music, literature, and industries The blossoming of Chinese philosophy reached its golden age during Chou Dynasty (112-256 B.C.) with the emerge of three great philosophers, namely; Lau Tzu, Mencius, and Confucius. Chou Dynasty It was the longest dynasty in Chinese history and the time when much of ancient Chinese culture developed. They also developed a middle class. Although a decentralized tribal system at the beginning, the Zhou became centralized over time. Iron was introduced and Confucianism developed. Also during this long era, Sun Tzu wrote The Art of War, in about 500 B.C. Chou Dynasty Chou Dynasty Lao Tzu Mencius Confucius The Chin rulers had first completed the Great Wall in 207 B.C. which extended along the northern frontier, giving stalwart protection and preserving what truly were Chinese and warding off intruders and foreign ideas as well. Chin Dynasty China’s first emperor was Shih Huang Ti The Qin or chin dynasty was brief in duration (221-206 BCE) but very important in Chinese history. It followed the Zhou dynasty (1046-256 BCE) and it ended when Liu Bang became the king of Han in 206 BCE (the formal beginning of the Han dynasty) Chin Dynasty Chin Dynasty Shih Huang Ti The Han period is the most inspiring epoch in the history of China. Thus, the Chinese called themselves Sons of Han. Chinese literature became prominently richer in both form and content; with Confucius of the fore, the Chinese mind was conquered and the first standard historical documents and literary manuscript with a truly Chinese mind were collected in the archives of an imperial library. Han Dynasty The Han dynasty was the second imperial dynasty of China, preceded by the Qin dynasty and succeeded by the Three Kingdoms period. Spanning over four centuries. Han Dynasty The Tang period witnessed the flourishing of Chinese poetry with Tu Fu who was given the title, god of Poetry. Li Po, his friend also rose to fame with his romantic lyrical poems, and was called “plot fairy”; and Tu Fu was the poet sage” who was known more as an intellectual poet with much restraint and refinement. Other poets contributed to the periods of the great age of poetry were Po Chiu, Wang Wei, and Wei Ying Wu. Tang Dynasty Four centuries after the fall of the Han, China gain rose to greatness with the Tang Dynasty, founded and ruled by Li Yuan. Tang rulers manifested God-given talents, and had strong political consciousness. Buddhism and other religions were subjected to the State. Tang Dynasty Tang Dynasty Li Yuan Po chiu Wang Wei Wei Ying Wu Tu Fu The first dynasty for which there is historical record and archaeological evidence is the Shang Dynasty. It was a small empire in northern central China. No documents from that country survive, but there are archaeological finds of hieroglyphic writing on bronze wares and oracle bones. The hieroglyphic writing system later evolved into ideographic and partly-phonetic Chinese characters. Shang Dynasty (about 1700-1050 BC) — Development of Chinese Writing Shang Dynasty Ming Dynasty (1368-1644) — Novels Ming Dynasty The Chinese rebelled against the Mongols, and the Ming Dynasty era began about 1368. The Mongols and the Ming government still sometimes fought. Because of this and the presence of Muslim countries in between, trade with the west was reduced to the pre-Yuan level. The Ming initially were interested in exploration, and Muslims whose ancestors arrived during the Yuan Dynasty and who were familiar with seagoing trade were employed to make long voyages to the Indian Ocean, the Middle East and perhaps Africa. Then they became isolationist. C Chinese Literature A collection of ancient lyrics, the Shin Ching or Book of Odes can be attributed to Confucius. Chinese Ancient poetry is the largest and 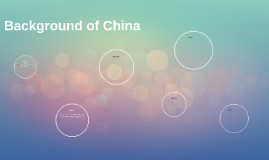 Transcript: President Hu Jintao is in charge of China, he was elected in March 2013 and he is part of the communist party which has been in charge of china since 1949. China is very big. There are all kinds of different climates, regions,cities and towns. Most women are slim with long black hair and most people were modern and fashionable clothes. How? Who? The population of China is 1.351 billion and 92% of the population is Han chinese. What? When? Famous people from china include Bruce Lee and Jackie Chan who are both martial artists and appear in numerous movies. Why? Costs are cheap and the tax system is simple. Being able to save money is important and it is what many chinese people do. Where? Background of China 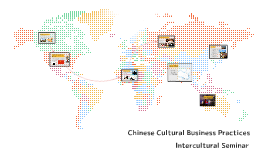