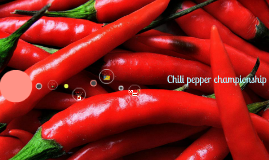 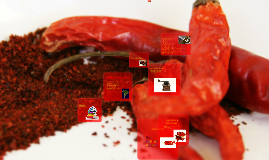 Transcript: By: Konrad Zapert used to make food more spicy used in chilli used in many different spicy foods Bibliography 20 ounce Beef Chuck Pot Roast, cubed 2 tablespoons chili powder 1 tablespoon garlic powder 1 teaspoon salt ½ teaspoon cumin 1 large onion, chopped ¼ pound bacon, minced 12 ounces beer 2 cans light red kidney beans (15.5 ounces each) 3 pounds tomatoes 2 pounds mixed chili peppers Sour cream or crema for serving. Bonus points if it is chipotle crema! Cooking Directions Heat a large pan to medium heat. Rub the beef chuck with the chili powder, garlic, salt and cumin. Add beef chuck with chopped onion and minced bacon. Sear each side of the beef and cook down the onion, about 5 minutes. Pour a quarter of the beer into the pot to deglaze, then dump the mixture into a slow cooker. Add the rest of the beer to the slow cooker as well. Add kidney beans and cover. Heat oven to 400 degrees. Chop the tomatoes and peppers in half then set onto a large baking sheet. Bake 20 minutes, or until skins are charred. Remove from heat, slightly cool and peel. Chop the tomatoes and peppers and add to the slow cooker. Add dark chili powder and stir well. Slow cook on medium for at least 4 hours. Serve with some sour cream swirled over the top Chili Pepper interesting facts spiciest chili is the Naga Viper a genetically modified mix of the most powerful varieties Naga viper was created in an English greenhouse There are very many different types of chilli peppers History of Chili powder Form of Chilli powder usage of chili powder Chilli powder is a powder. It can be ground or mashed Dried before being mashed or ground Color: Brown, orange, yellow, red Taste: Spicy Smell: strong Recipe for Beef Chuck Chili Description of Chili Pepper Chili peppers first used in 7500 BC. It was one of the first cultivated crops in S. America Christopher Columbus was the first European to contact them gave them the name “pepper” due to the spicy hot taste Chilies were also used for their medicinal effects and curing certain conditions, which was first documented around 1494 http://www.bearsdenspices.com/2012/08/history-chili-powder/ own experience https://www.sbnature.org/crc/332.html 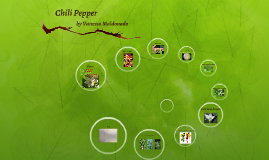 Transcript: And then BAM HOT CHILI PEPPERS How you ask? Then bloom into flowers Well it's both! Lets look deeper Then Progress into buds Life of a Chili Pepper Flower Data Chili Pepper Chili Pepper Class - Magnoliopsida Family - Salanaceae Genus - Capsicum L. Species - Capscium Annumm As most flowers, they start off as seeds by Vanessa Maldonado 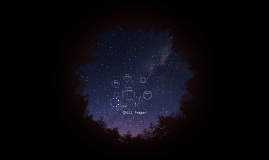 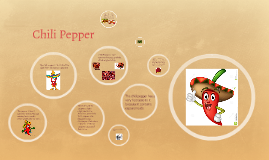 Transcript: Chili Pepper The history of the pepper is that it originated in the Americas, one of the first Europeans to discover it was Christopher Columbus, and he called them peppers because of their taste. Chili Pepper is most commonly used as whole, dried, or ground up The pepper is most common in the Mexican cuisine, but is used in other world wide cuisines. Original Form The chili pepper has a very hot taste to it because it contains capsaicinoids The most common uses of chili peppers are to add a hot taste to foods, whether it be by sprinkling powder on top, pouring juice in to a food, or using the whole pepper. Chili pepper is about $3.99 a pound. Some recipes that use chili peppers are kung pao chicken and hot and spicy spanish rice. The chili pepper is the fruit of the plant from the Genus Capsicum 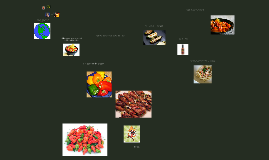 Transcript: Chili Pepper Facts The fruit of plants from the genus Capsicum, members of the nightshade family, Solanaceae. There are many different types of peppers, which range from mild to hot. To Chili Peppers are now grown around the world but originated in the Americas Chili Peppers are used most commonly in salsa. Some other recipies include... Stuffed Jalapenos Hot Sause Rosasted Peppers Peppered Shrimp Alfredo Now appreciate the peppers The End... 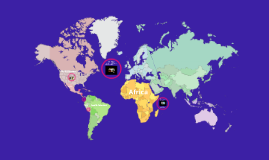 Transcript: Madeira Canary Islands The Bahamas Cuba Hispaniola Navidad Settlement Lisbon Palos Grab something like milk with fats in it (fats are also found in your skin this is why when it touches you it is absorbed and irritates it). The fat will help absorb the heat out of your mouth. Where does the heat come from? Tropical fruit ideally suited to hot humid conditions. The yellow lantern chili or the habanero Central America Tends to give off a smokey flavor uncommon amongst the other peppers. This chili is the least cultivated and is harder to find unless you live near a area where they are grown. It is also one of the hottest chili for consumption. New Jersey Santo Domingo Christopher Columbus It was August 3, 1492 when Christopher Columbus left from Spain for his initial journey. The Santa Maria, the Pinta and the Niña made up his small fleet of ships with teams of men joining him from nearby towns. Native to both North and South America. It is the most cultivated out of the five capsicum fruit domesticated and consumed. Capsicum Annuum One of the hottest chili peppers out there for consumption. Native to the Yucatan islands, North Africa, and Caribbean islands. A popular ingredient in western cuisine because of the cost and potency when used to cook. Portugal Christopher Columbus landed on the Bahamas October 12 Leaving Cuba, Columbus made landfall on the Island of Hispaniola on December 5. On December 25, the Santa María ran aground and had to be abandoned. Columbus himself took over as captain of the Niña, as the Pinta had become separated from the other two ships. Negotiating with the local chieftain Guacanagari, Columbus arranged to leave 39 of his men behind in a small settlement, named La Navidad. Originated in central or South America. The fruit starts off yellow but as it matures it turns red. used heavily in Ethiopian cuisine since the 19nth century. Cultures in Northern Africa,Morocco and Egypt also use this pepper in heir cooking. Capsicum Frutescens San Salvador Jamaica Chili Pepper On January 6, the Pinta arrived and the ships were reunited: they set out for Spain on January 16. The ships arrived in Lisbon, Portugal, on March 4, returning to Spain shortly thereafter. Mexico Capsicum Pubescens The chili pepper is loved all over the word there are five species of chili peppers that are domesticated and used daily across the globe. Landed on Cuba October 28. It was at this point that the captain of the Pinta leaves the small fleet in search of gold on a small Island. Island of Hierro Yucatan Peninsula Azores Islands Capsicum Chinense Columbus planned to land for a short period on the Canary Islands but ended up with a month's layover. This was due to a lack of wind and the requirements of ship maintenance. The wind remained flat and so it took him a few days at the beginning of September to establish visual contact with the island of Hierro. South America Amarillo chili most commonly seen in Peruvian cuisine was brought to central and south America by colonizers. The pepper is so popular in Purus that it is commonly severed as a condiment along side red onions and garlic with most meals. Capsicum Baccatum This Variety of pepper is named after its furry leaves. Because of how the roots grow it is sometimes referred to as a chili tree. Africa North America Spain This pepper has an underlying sweetness that chili lovers can get hooked on. It can be found in most supermarkets in the specialty section. Puerto Rico Peru 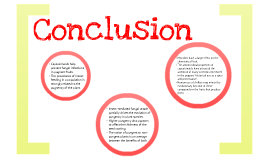 Transcript: Insect-mediated fungal attack partially drives the evolution of pungency in plant species. Higher pungency also appears to affect the thickness of the seed coating. The ration of pungent to non-pungent plants is an average between the benefits of both. Microbes have a large effect on the chemistry of fruit. The antimicrobial properties of capsaicinoids have attracted the attention of many scientists interested in the peppers' historical use as a spice and preservative. Human use of chillies may mirror the evolutionary function of these compounds in the fruits that produce them. Capsaicinoids help prevent fungal infections in pugnent fruits. The prevalance of insect feeding in a population is strongly related to the pugnency of the plant. Conclusion