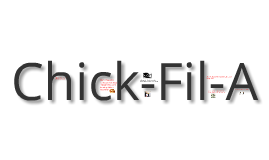 Transcript: That restaurant is credited for inventing Chick-fil-A's boneless breast of chicken sandwich!! Mr. Cathy founded Chick-fil-A, Inc. in the early 1960's Chick-fil-A has steadily grown to become the SECOND LARGEST quick-service chicken restaurant chain in the United States. Chick-Fil-A has over 1,500 locations in 39. In 2010, annual sales were over $3.5 billion Be America's Best Quick-Service Restaurant It all started in 1946 when Truett Cathy oppened his first restaurant "The Dwarf Grill" Chick-Fil-A 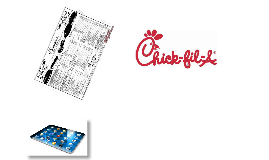 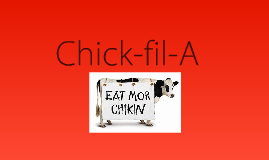 Transcript: Chick-fil-A The History of Chick-fil-A The Dwarf House was built 1946 They Introduced the Chicken Sandwich in 1960 First Chick-fil-a in 1967 First Stand Alone restuarant in 1986 First Drive-Thru only in 1993 Introduced the Cow Campaign in 1995 First Spicy Chicken Sandwich in 2010 Working at Chick-fil-A They make an average of $7.50 per hour They can qualify for a thousand dollar scholarship to a college of their choice. Closes on Sundays to allow for church and time off. Founder The founder of Chick-fil-A is S. Truett Cathy. He was born in 1921 in the suburbs around Georgia. He was the youngest of seven kids. They had to rent out their house for money when he was young. He always ate chicken sandwiches for food, so he made the first chicken sandwich restaurant. He is the 799th richest man. The Cow Campaign In 1995, a cow with a paintbrush in his mouth, wrote EAT MOR CHIKIN on a billboard. These cows are fearless as they try to convert us from beef to chikin. The cows started painting billboards in 1995. They've made everything from "EAT MOR CHIKIN" to "BURGERZ R 4 LOSERZ IM JUST S4YIN" Millions of Cow Calenders are sold yearly. Chick-fil-A uses Cows for there main source of advertisement. Chick-fil-A is awesome. Chick-fil-A Today Now a major competitor for fast food restaurants. Makes about 3.7 million dollars yearly. Is both a a come in dinner and a drive-thru. Has both stand alone restaurants and a lot of mall food court stores. It is well known for customer service and they're chicken sandwiches. You can find Chick-fil-A in more than 40 states with over 1500 restaurants. 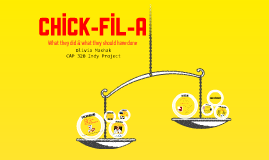 Transcript: communication Study sales records Monitor all media coverage Observe Watch social media sites and media coverage Questions? What they should have done LGBT community Chick-fil-A customers City officials where Chick-fil-A was banned Boston mayor Thomas M. Menino Chicago mayor Alderman Moreno San Francisco mayor Edwin M. Lee Sales are up Still receiving media attention Negative Boycotts Same-sex-kiss-in Expansion bans Follow up interview with Allan Blume from the Baptist Times Formal apology to the LBGT community via the Chick-fil-A website Dan Cathy should have admitted his error and separated his own views from his company Olivia Mashak CAP 320 Indy Project Evaluation Made a statement and stood by it Objectives: Improve sales by 40% in 6 months Have a majority positive press in 3 months To end any boycotts/prevent any future boycotts To end any bans Improve public image by 50% in 6 months In an interview with the Baptist Press, the president of Chick-fil-A, Dan Cathy said his company was "guilty as charged" when it comes to supporting the biblical definition of the family unit Research Action What they did & what they should have done Chick-fil-A Tracey Micit made a statement Embraced a neutral gay stance Went back on their neutral stance Where could Chick-fil-A be? Audiences Known for their conservative views Dan Cathy's statement received a lot of attention Positive Chick-fil-A Appreciation Day Increased sales What they should have done Sent out a press release Never apologized Went back on their word multiple times Background "Be America's Best Quick-Service Restaurant" What they did Improve sales by 40% in 6 months Have majority positive press in 3 months End any current boycotts/prevent and future boycotts End any ongoing bans Improve public image by 50% in 3 months What they did Situation Where is Chick-fil-A now? Started in 1946 Founded by Truett Cathy Hapeville, Georgia Know for their chicken sandwich 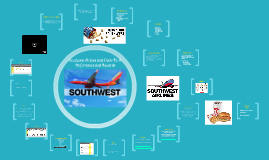 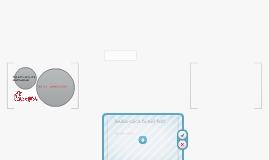 Transcript: This is the story of a small business ... And it all started in 1967 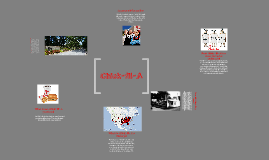 Transcript: How did Chick-fil-A start? Chick-fil-A has managed to be successful by providing good food with polite manners. They keep their stores very clean and provide lots of opportunity for advancement for all their employees. They treat their employees with respect and provide many openings for their career when they leave Chick-fil-A. Chick-fil-A is closed on Sunday and that sets them apart from other quick serve restaurants in the business. Mr. Cathy founded Chick-fil-A, Inc. in the early 1960's and pioneered the establishment of restaurants in shopping malls in 1967. Since then, Chick-fil-A has steadily grown to become the second largest quick-serice chicken restaurant chain in the United States, with over 1,500 locations in 39 states and Washington, DC. In 1946, Truett Cathy opened his first restaurant called The Dwarf Grill in Hapeville, Georgia. He sold chicken, steak, hamburgers, and breakfast items. Then, Truett Cathy invented the chicken sandwich. It was such a huge hit that chicken would become his only product. Truett tried to paten "Chicken Sandwich" but it was too common. How Chick-fil-A has managed to be successful Company Information What does Chick-fil-A produce? Chick-fil-A is a private company. Truett Cathy's family still owns the company to this day. Truett's son is, Dan Cathy, is the current owner. His other son, Donald M. Cathy or "Bubba" is the Vice President of the company. What is Chick-fil-A's history? Chick-fil-A sells boneless chicken in many forms and presented in different ways. They also sell salads, fries, parfaits, deserts, soups, and drinks. Business structure of Chick-fil-A Chick-fil-A Chick-fil-a has many divisions of the company with heads of each department. Chick-fil-A employs people to train the owners of the individual stores. The owners are the most common job in the business, but Chick-fil-A needs people for advertising, accounting, product testing and many more. All stores are owned individually but are underneath the corporate name so prices and set. 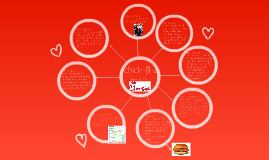 Transcript: Chick-fil-a The entrepreneur : Truett Cathey was the entrepreneur of chick-fil-a. The history: Truett Cathy started chick-fil-a. Chick-fil-a is a fast-food chain restraunt that sells chicken instead of beef! It originally started in Hapeville Georgia Intresting facts: Chick-fil-a is the second most popular fast food restraunt in america. There are 1,200 different chick-fil-a restraunts in 38 different states. current facts: Truett Cathy was a very religious man and so he only hires christians. Cathy has come and gone. the company is now owned by his son, Dan Cathy. hallie justin Initial investment: The initial investment that Truett Cathy invested was about $4,000. Thats not alot, for today it is worth over 1.7 million dollars. Products: Chick-fil-a serves a variety of chicken made products. Truett Cathey invented the chicken sandwhich and that now is the most popular things on the menu. More history: the first Chick-fil-a started in 1946 and was originally called the "Dwarf House". During this time the fast food business was booming and truett thought it would be unique to start the chi- ken sandwhich. The headquarters: the current headquarters of chick-fil-a is in College park Georgia.