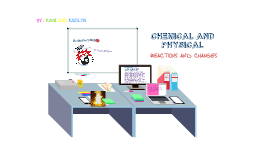 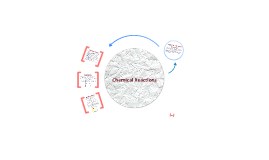 Transcript: Chemical Reactions A chemical reaction is a scientific process in which a substance changes from one chemical substance to another. - Rearranges the molecular structure of the substance. - Occur when bonds between molecules are either broken or created. Equilibrium is a state of balance where there are two conflicting forces that cancel each other out. There are two types of equilibrium- static equilibrium and motion equilibrium. - Static equilibrium: the objects do not move - Motion equilibrium: the objects are continually moving with a constant speed and force. Reaction rates, acids and bases, and equillibrium are all key topics when studying chemical reactions because they play large roles in the outcome of the reaction. Thanks for watching! Equilibrium Acids and bases are measured on a scale called the pH scale. - pH scale ranges from 0 to 14. -A base will fall over 7 on the pH scale, - An acid will fall below 7. - Exactly 7 is neutral. -Logarithmic (each pH value below 7 is ten times more acidic than the next value). - A5 on the pH scale will be ten times more acidic than a 6, and a 4 will be ten times more acidic than the five, and so on. Acids generally tastes sour, and bases usually taste bitter. Some common acids are lemon juice, soap, soda, and vinegar. Some examples of bases are baking soda, ammonia, and blood. Acids & Bases What Are Chemical Reactions? Conclusion Reaction rates are the rate of speed at which a chemical reaction occurs. - Temperature, concentration, catalysts, and the size of particles. - An increase in temperature will cause an increase in reaction rates - A decrease in temperature will cause a decrease in reaction rates. - A higher concentration of particles will also speed up the reaction rates. - Add a catalyst to speed up reaction. - Size of particles - Smaller particles= more surface area available for reaction Reaction Rates 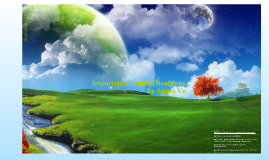 Transcript: H2O(s) --> H2O(l) Melting H2O(s) --> H2O(g) Sublimation C2H5OH(l) --> C2H5OH(g) Evaporation NH3(g) --> NH3(l) Condensation C6H12O6(s) + 6O2(g) --> 6CO2(g) + 6H2O(l) + Energy Sources: http://www.science.uwaterloo.ca/~cchieh/cact/c120/reaction.html http://www.alivewater.net/water/depth.htm http://faculty.clintoncc.suny.edu/faculty/michael.gregory/files/bio%20101/bio%20101%20lectures/photosynthesis/photosyn.htm http://www.ehow.com/facts_5484878_importance-photosynthesis.html http://answers.yahoo.com/question/index?qid=20071127011259AAPXkUB Important Chemical Reactions By James Vo cellular respiration use oxygen to break down sugar glucose and store its energy in molecules of adenosine triphosphate Water Photosynthesis 6CO2(g) + 6H2O(l) + Energy --> C6H12O6(g) + 6O2(g) Cellular Respiration Cellular Respiration is the process of cells producing energy that is need to survive The human body is made of 75% of water and the brain is 85% water Photosynthesis is the process in which plants, using light from the sun, water and carbon dioxide to grow and function "Water can be without the company of humans but we as humans can only be without water for a few days" The products of photosynthesis is sugar, which is made into energy, and oxygen, that is released into the atmosphere, therefore making life possible 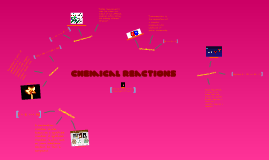 Transcript: Chemical Reactions Chemical reactions is a process that leads to the transformation of one set of chemical substance to another. Single Replacement Single replacement is when an ion moves from one elment to another. A metal replaces a metal or a nonmetal replaces a nonmetal Equation: A + BC --> AC + B DECOMPOSTION Decomposition is the separation of a chemical compound into elements or similar compounds. AB --> A + B Double Replacement Double replaacement is when the anions and cations of two different molecules switch, forming two entirely different compounds. A + BC ---> AC + B Combustion Combustion is when all substances in a compound are combined with oxygen, which then produces carbon dioxide and water. CxHy + O2 --> CO2 + H2O Combination A combination reaction is also known as a synthesis reaction. A synthesis reaction is when two or more substance combine to form a compound. A + B --> AB http://sphs.spusd.net/apps/classes/show_assignment.jsp?classREC_ID=180199&showAll=true http://www.buzzle.com/articles/exothermic-reaction-examples.html http://www.chemistryland.com/CHM130W/LabHelp/Experiment8/Exp8.html colourlovers.com kopertais8.org http://en.wikipedia.org/wiki/File:Chemical_decomposition.gif 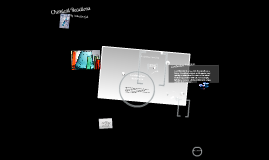 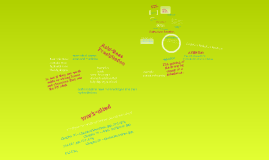 Transcript: Chemical Reactions Signs that a reaction has occurred: Change in temperature A color change Odors Gas bubbles Synthesis When two or more substances combine to produce a new substance Decomposition A single compound breaking down into 2 or more substances. need heat light or electricity. Cumbustion:) When oxygen combines with another substance and releases energy in the form of light or heat. example: coal burning sythesis combustion decompositions single-replacement double-replacement Replacement Reactions Single-Replacement when the atoms of one atom replace the atom of another Double-Replacement The exchange of ions between to compounds Oxidation-Reduction Reactions The gaining of electrons by atoms of a substance. example: potasium-bromine Examples: Acids some beverages stomach solution that help digest your food. acids solutions have morehydrogen ions than hydroxide ions Acid-Base Precipitation example of bases: soap and medicine Basic Solutions: contains more hydroxide ions than hydrogen to see if they are weak acids or strong bases and visaversa they use the PH stick work-cited http://glencoe.com/sites/common_assets/science/ose/ Chapter 10 – Chemical Reactions (pp. 276-303) Chapter 19 – Acids and Bases (pp. 594-601, pp. 617-618) Chapter 20 – Redox Reactions (pp. 634-639) The lost of electrons from atoms of a substance oxidation reduction Five types of reaction 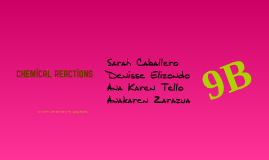 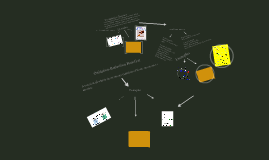 Transcript: ` Oxidation-Reduction Reaction Acid Properties: When dissolved in water, acids Conduct electricity Change blue litmus to red Have a sour taste React with bases to neutralize their properties React with active metals to liberate hydrogen. A reaction in which electrons are transferred from one atom to another. A precipitation reaction is a reaction in which soluble ions in separate solutions are mixed together to form an insoluble compound that settles out of solution as a solid. That insoluble compound is called a precipitate. Acid base reaction Examples Precipitation Reaction Examples Base Properties: When dissolved in water, bases Conduct electricity Change red litmus to blue Have a slippery feeling React with acids to neutralize their properties. Examples By: Raymundo and Tametria