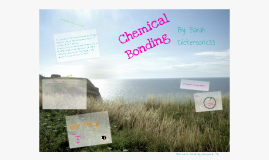 Transcript: Wowing template. Click through in 20 steps. But we can move beyond the present. Why? Here is something small... Photo credits: 'horizon' by pierreyves @ flickr Introduction to Chemical Bonding. It could be much larger! Chemical Bonding So... An Example: 30 Ionic Bonds!!! Let me give you some perspetive.... One thing.. By: Sarah Dickerson<33 A) An ionic bond is a type of chemical bond formed through an electrostatic attraction between two oppositely charged ions. B) Well here we go A) A chemical bond is an attraction between atoms brought about by a sharing of electrons between to atoms or a complete transfer of electrons. B) Most atoms do not have full outer orbitals. In order to be stable they like to have 8 electrons in their valence orbital. This means that they will share, give, or take electrons from other atoms to form bonds. Here is some context. Provide some common ground. Or something from the present, that we should look beyond. So.... 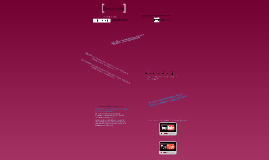 Transcript: Chemical Bonding Just like the example before, the bonding of Sodium (Na) and Chlorine (Cl) will become NaCl otherwise known as salt Doesn't need any more electrons. will gain electrons to form their noble gas configuration forming an anion, or negative ion Noble gasses already have stable electron configurations (or a full octet) and tend not to bond Nonmetals Skills: Atoms attain a stable valence electron configuration by bonding with other atoms. For more on bonding watch the following videos... will lose electrons to form a noble gas configuration forming a cation, or positive ion determine the noble gas configuration an atom will achieve when bonding ex Bonds form to create almost everything we can see and touch.... Metals Some real World Connections: Major understanding Prentice Hall Chemistry Book: Refer to chapter 7, pages 187-188 Another example is the bonding of Magnesium (Mg) and Oxygen (O) to form Magnesium Oxide (MgO) which is sometimes used as an antacid for heartburn or acid indigestion Sodium loses one of its electrons while chlorine gains it. 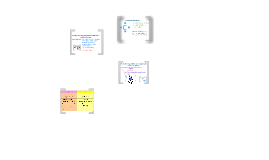 Transcript: 4 Metal Properties: Conduction (heat and electricity) High melting/boiling points Malleable (hammered) Ductile (turn into a wire) Lustery (shiney) Opaque (reflect light) 6 Lewis Dot Structures: Orbit: Path an electron follows around the nucleus Atoms get happy by gaining, losing or sharing electrons with another unhappy atom Remember, check the group # to find # of valence electrons i.e. Group 1=1, 2=2, 13=3, ect. 7 8 The number of shells/orbits=number of energy levels (see periods) Metallic Bonding: Transition metals share mobile electrons 3 Valence Electrons: Electrons in the outermost shell/orbit Used to Bond! All Atoms want a FULL shell to be happy 1 Remember Alloys!!! 5 Place the Valence Electrons around the symbol in a circular pattern The Octet Rule: the first shell can hold up to 2 electrons; each other shell can hold up to 8 C What is the Magic number for a happy atom's valence electrons??? Metallic Bonds form lattice structures with delocalized (free) electrons 5+7= (cc) image by anemoneprojectors on Flickr 2 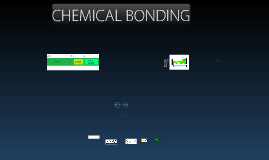 Transcript: A chemical bond is a bond formed between two atoms when they share or transfer electrons based on the electronegativity of the atom. An elements electonegativity (EN) determines how much an electron wants an electron. The higher the EN, the more the element will fight for the electron. Elements that have over half their valence electrons (i.e. F) will exhibit higher levels of electronegativity (up to 4.0) than those who are less than half-filled (i.e. Na) which can be as low as 0.7 There are two types of chemical bonds: and The difference between two atoms EN will determine the type of bond the molecule forms Ionic Bonding An Ionic bond is one where two atoms transfer electrons to form a bond. The higher EN atom will steal an electron from the element with a lower EN. The EN difference in ionic bonds is anywhere from 1.7 where the tug-of-war between the elements is a long fought out battle to 3.3 where the higher EN atom rips the electron away from the less EN atom. Ionic Compounds: lithium flouride sodium chloride Covalent Bonding A covalvent bond is one where the two atoms share electrons to form a bond because the electronegative difference between the two is about the same. There are two kinds of covalent bonds: and Polar Covalent Bonds The EN difference in polar covalent bonds is anywhere from 0.4 where the tug-of-war between the elements is essentially halted to 1.7 where the battle goes on for a while. Here elements are labeled partially negative (higher EN) and partially positive (lower EN). The electron spends most of its time around the partially negative element. Polar Covalent Compounds: carbon dioxide Now notice the desiganation of the partial positive and partial negative! Non-Polar Covalent Bonds The EN difference in non-polar covalent bonds is anywhere from 0.0 where the molecule is diatomic (two of the same elements combined) to 0.4 where the tug-of-war is essentially a tie. Non-Polar Covalent Compounds: oxygen (g) nitrogen (g) The green in the nitrogen molecule shows that the electrons are being shared equally! CHEMICAL------------BONDING Colors here represent Electroneg. Purple Low EN Red High EN CHEMICAL BONDING 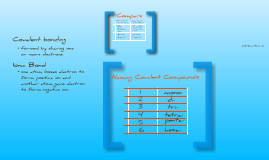 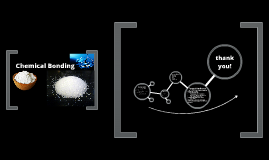 Transcript: Content Outline Target Audience Home Page Main Menu Ionic Covalent Periodic Table WHAT IS OCTET RULE? RATIONALE Background Chemical Bonding • Age : 14-15 years old, specifically on-going and incoming 3rd year student • Gender : Male and Female • Economic group : Class B and Class C • Social Class : High Class and Middle Class • Target Audience / Benefeciary : On-going and Incoming 3rd year students • Target Market: Mind Museum, a Science museum in Taguig DepEd, for educational programs for schools of the government WHAT IS CHEMICAL BONDING? thank you! TO TEACH 3RD YEAR STUDENTS THE CHEMICAL BONDING AND THE TOPICS INVOLVE EXCEPT THE VSEPR MODEL. WHAT IS CHEMISTRY? The project is an interactive cd about the atomic bonding that seeks to demonstrate the flow of the different kinds of bonding specifically for 3rd year high school students by providing them with a means to inform them through a use of interactive approach. Cognitive Theory 1. Inform and teach students in learning the Chemical Bonding 2. Be the tool for teaching Chemical Bonding 3. Encourage students in learning more about the topic. Project Description WHAT IS LEWIS STRUCTURE? OBJECTIVES DIFFERENCE BETWEEN COVALENT AND IONIC. 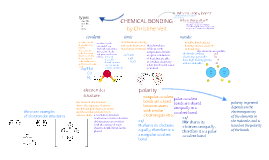 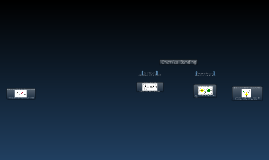