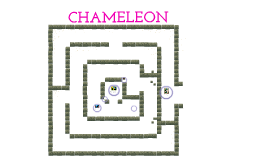 Transcript: They eat insect's,snails,spiders,lizards,birds, flowers,berries and fruit! Chameleon are special in there owe way and i have Lear a lot about them! They are normally green but some are not that color.They can change all of the color you can thick of! I love chameleons they are so cute and different. They even change color.They can change blue,yellow,red,pink,green, purple.They can camouflage there self mach so they can blend in there surroundings. I The Color of Chameleons CHAMELEON Where Chameleons Live What Chameleons Eat They in the tropical forest they like a calm environment .They camouflage there self so they will not get eaten by some thing . I am going to write about chameleons and what they do. 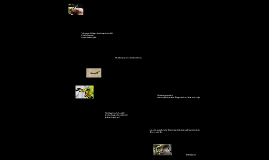 Transcript: chameleon's Some chameleons live in the United States, while others might be found in Spain, Africa, or even Asia. Three things you need to take care of the chameleon: Things to climb on, Cricets and a cadge. The thing you need to be carefull of is when they open their mouths don't freak out it is just scared. The similar species to a chameleon is lizards. When you are holding a chameleon you have to hold it close to the ground inase the chameleon falls. 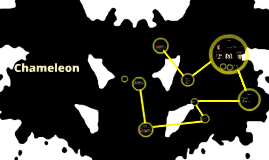 Transcript: 1. a pattern of disregard for and violation for the rights of others and social norms 2. lack of remorse and inability to experience emotions 3. a penchant for deceit and manipulation 4. feeling of superiority towards others 1. Psychological Portrait 2. Female Antihero 3. An Alien in a Familiar World 4. Social Commentary and Appeal to Modern Sentiment Story Arch 2 Summary The show follows the journey of Diane Michaels, a diagnosed sociopath, as she climbs the corporate ladder and balances her responsibilities while concealing her condition from the rest of the world. Dr. Firas-a psyciatrist with a small private practice who Diana starts seeing during the pilot Jason: Dianes "love interest" in the first season Oliva : Dianes brilliant but insecure co-counsel Themes After being told to "know her boundaries" by Thomas, Diane plans to force him out of his position as head of the firm Thomas-head of the law firm where Diana is currently working Trailers: "She is one of us", "Murder and Innocence" Promo Posters: Mosaic Mask Website: Interactive office Chameleon My parents and doctors often asked "why?". Now the question that has always bothered me was "why not?" Characters Story Arch 1 Dr.Firas and the nature of a sociopath 1.2-2 million USD per episode of season 1 "Even though the majority of sociopaths have recurring thoughts of violence towards others, not all at all act upon their impulses, as some find different means of demonstrating control and superiority above others" AMC Director 46,000-70,000$ Assistant Director 6,000-12,000$ Executive producer 25,000-50,000$ Producer 5,000-10,000$ Cast 10,000-20,000$ (if unknown talent, depending on screen time) Diane Michaels Portrait of a Sociopath -Loss of Identity -Nature of Morality -Greed -Addiction -Survival of the fittest -Family Story Arch 3 The manipulation and abuse of her "love interest" Jason Episodes Pilot-Diana secures a victory in a difficult trial and meets Dr. Firas. Episode 2-While being assigned on a new case Diana finds a nemesis and reveals details of her childhood to Firas Episode 3-After a dinner party with her parents Diane begins to manipulate Jason, gains an upper hand at work Episode 4-Diane begins a mental chessgame with Firas and tries to secure a victory at work. -Experience with similar content and themes -Expansion and need for development (Chellomedia acquisition, financial growth) What makes the show appealing Kate: Dianes best friend from law school Marketing Costs 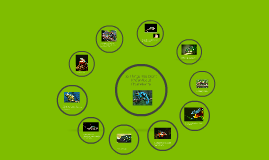 Transcript: 4. Chameleons vary greatly in size and body structure 1. Almost half of the world’s chameleon species live on the island of Madagascar, 3. Chameleon eyes have a 360-degree arc of vision and can see two directions at once. 7. Males are typically much more ornamented. 10 Things You Didn’t Know About Chameleons 2. Colour Changing 6. Happy Feet. 10. The American chameleon is not actually a chameleon 5. Ballistic tongues that are 1.5-2 times the length of their body 9. Ultraviolet vision. 8. Chameleons can’t hear much. 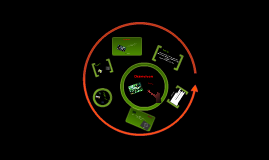 Transcript: Chameleon Jaime Tale Basic Info They can be from 1 inch to 1 foot long. Their can be found about 160 different kinds of species. They can live from 4 to 8 years Reproduction Females usually lay about 20 eggs. They dig holes usually about 10 to 30 cm deep They take about 4-12 months to hatch They are considered ENDANGERED Features Almost 360 degree vision! Famous for its abiity to camouflage. They have a tongue as long as their body!! Habitat Many of the species are found in Madagascar Tropical rainforests or deserts. Diet Mainly bugs. They sit still for hours waiting for bugs to fly by and release their tongue. Their tongue has sticky tip http://www.bestfunfacts.com/chameleons.html http://a-z-animals.com/animals/chameleon/ http://www.newscientist.com/data/images/ns/cms/dn13944/dn13944-1_567.jpg http://creativeroots.org/wp-content/uploads/2012/03/Map-of-madagascar.png http://cdn2.arkive.org/media/85/85B82E58-499B-4024-A182-5BEAFACE407B/Presentation.Large/Parsons-chameleon-subspecies-parsonii-in-habitat.jpg http://cdn2.arkive.org/media/8C/8C5B18A3-62C6-4DEA-BAB9-67D2894FF456/Presentation.Large/Jewel-chameleon-female-laying-eggs.jpg Resources 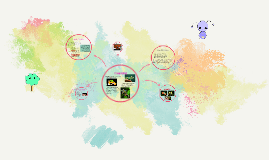 Transcript: Crickets are usually the mainstay of the diet, but locusts, roaches, butterworms (good for calcium), silkworms, flies, and grasshoppers can be fed, as well as mealworms, superworms and waxworms (in limited quantities as high in fat). There are around 180 different types of chameleons and they vary in size, color, and appearance. Even though there are many types of chameleons only a few are readily available as pets. What they eat... Lifespan: 5 years Length: 1 ft on average (Female) 1.1-1.5ft (Male) Chameleons are a distinctive and highly specialized clade of lizards. Mist there plants with water twice a day to help with the humidity level. Chameleons rarely drink from a water bowl, but they will lap up droplets of water off plants, so misting the palnts is also a good water source . Veiled chameleons are mostly insectivores so should be fed a variety of insects, but will often consume vegetation as well. Panther chameleon Picturesss!!!! Baby chameleons Chameleon Veiled Chameleon Provide lots of sturdy non-toxic plants and branches, so that they can climb on them. Chameleons need an ultraviolet light source. Keep the UV light on for 10-12 hours per day. Monitor your chameleon and adjust feeding amounts as needed (if many insects are left uneaten or your chameleon is too full-bodied, back off the amount fed). Never leave live prey in the cage for extended periods as insects may attack the chameleon. The veiled chameleon has a large, tall casque, or helmet-like structure on the top of their head. It is present in both males and females, though it is larger in males What about the cage...? Chameleon eating bug close-up... Veiled Chameleon The approximately 160 species of chameleon come in a range of colors, and many species have the ability to change colors