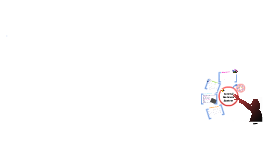 Transcript: What is it? *composed of brain and spinal cord and is made up of cells called neurons Make-Up: Frontal Lobe- responsible for thought, language, emotions, and voluntary movements Parietal Lobe- responsible for perception and interpretation of touch Occipotial Lobe- where visual images are processed Temporal Lobe- recognized and interprets sounds and helps form new memories Colliculi- relays visual and auditory sensations throughout the cerebrum Functions *allows communication to the body and responds to stimuli *transmits nerve impulses from all parts of the body *controls virtually everthing (I.E. sight, smell, hearing, taste, feeling, emotion) *carries electrical signals and transmits them to other nervous cells, muscular cells, and glandular cells Breakdowns *Nervous system problems may occur slowly and cause a gradual loss of function (degenerative), or they may occur suddenly and cause life-threatening problems (acute) Some causes of nervous system problems: *vascular disorders *trauma, especially injuries to the head and spinal cord *congenital problems (are present at birth) *anxiety disorders, depression, or psychosis *exposure to toxins, such as carbon monoxide, arsenic, or lead -Problems that cause a gradual loss of function (degenerative): *Parkinson's disease *Multiple sclerosis (MS) *Alzheimer's disease *Amyotrophic lateral sclerosis (ALS) *Huntington's disease *Peripheral neuropathies -Infections: *brain: encephalitis or abcesses *membrane surrounding the brain and spinal cord: meningitis Quiz Time True or False: The central nervous system is mainly made up of the brain and heart. False; It's mainly made up of the brain and spinal cord. True or False: The central nervous system only controls your sense of smell and taste. False; it controls sight, smell, hearing, taste, feeling, emotion, and much more. Which of the following will help maintain your central nervous system's health? a. eat a lot of chocolate b. eat healthy fats c. write as neatly as possible for 15 minutes a day d. a & b e. b & c e. b & c Nervous system problems are... a. degenerative b. acute c. a or b d. none of the above c. a or b True or False: The central nervous system carries electrical signals and transmits them to other nervous, muscular, and grandular cells. True Works Cited Batigne, Stephane, Josee Bourbonniere, and Nathalie Fredette. Major Systems of the Body. MIlwaukee, WI: World Alminac Library, 2002. Print. Macaulay, David. The Way We Work. New York City, NY: Hofton MIfflin Company, 2008. Print. MD, WEB. “ Nervous System Problems.” WedMD. WedMD, Inc., 2012. Web. 6 Feb. 2012. <http://www.webmd.com/brain/tc/nervous-system-problems-topic-overview>. *make sure you intake adequate amounts of healthy fats, vitamin D, and vitamin B12 *spend a minimum of 15 minutes per day writing on paper as neatly as you can (writing requires the use of all major components of your conscious motor and sensory pathways) Maintain It's Health! Central Nervous System 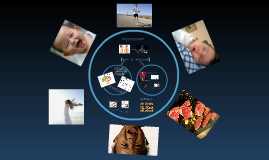 Transcript: Central Nervous System Interpret interactions among hormones, senses and nerves which make possible the coordination of functions of the body. BRAIN The brain has different regions that affect certain parts of the body 1- Brain Stem 2- Cerebellum 3- Hypothalamus 4- Thalamus 5- Cerebrum The part of the brain that is affected may lose part or all of its function If there were a blood clot in your cerebellum you would not be able to walk or have any balance SPINAL CORD The neurons span out from the spinal cord to all areas of the body The peripheral nervous system is made out of a huge network of interconnecting neurons that span across the body One type of nerve that you may not have heard of is cranial nerve They affect your motion and feeling in your face, they don't pass through the spinal cord One cranial nerve disease is microvascular cranial nerve palsy The Spinal cord connects the neurons to the brain, and is protected by the vertebrae Cerebrum -Largest part of brain -Consciousness -Divided into 4 lobes Frontal Parietal Temporal Occipital And some computer animated neurons... the posterior part of the forebrain, consisting of the hypothalamus, thalamus, metathalamus, and epithalamus; the subthalamus is often recognized as a distinct division. The Central Nervous system consists of the BRAIN and SPINAL CORD A stroke is caused by a blood clot that travels to the brain Hypothalamus a) Part of diencephalon b) Maintains homeostasis c) Centers for hunger, sleep, thirst, body temperature, and blood pressure The slight or complete loss of eye movement BRAIN STEM a)Medulla oblongata - Regulates heartbeat, breathing and blood pressure b) Pons - Connects cerebellum to the rest of the CNS - Head movement responses to vision and sound c) Midbrain - Connects cerebrum and cerebellum to rest of CNS - Reflex center for vision, sound and touch Cerebellum - Below cerebrum - Muscle coordination - Maintaining normal muscle tone - Interprets info from ear on body position & Thalamus - Part of diencephalon - Relay for sensory input from the body to brain - Sight, taste, touch and sound - Smell is elsewhere A blood clot stops the flow of blood to part of the brain causing the brain cells to die 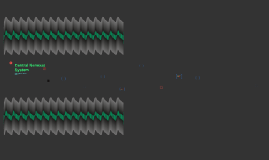 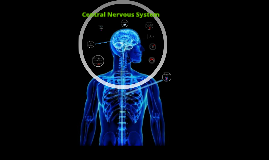 Transcript: Central Nervous System Etc. Sending Receiving & interpreting information From all parts of the body What is Central Nervous System? (CNS) Spinal Cord: long, thin, tubular bundle of nervous tissue and support cells that extends from the brain Main pathway for information connecting the brain and peripheral nervous system. Alzheimer's disease - A progressive, degenerative disease that occurs in the brain and results in impaired memory, thinking, and behavior. blink rate - the number of times per minute that the eyelid automatically closes - normally 10 to 20 per minute Extends from spinalcord Helps with Balance Equilibrium movement coordination breathing & Digestion Some CNS Disease Brain: Center of the nervous system Processes-Perception,Information Processing, Motor Control. Arguably the most important organ of the body Integrates the information that it receives from, and coordinates the activity of, all parts of the bodies Brain Midbrain Divided in 3 Main Components: Forebrain Brainstem Hindrain Midbrain and Hindbrain make up the brainstem The midbrain is located between the two developmental regions of the brain known as the forebrain and hindbrain. midbrain is a region of the developing vertebrate brain containing cranial nerves that stimulate the muscles controlling eye movement lens shape pupil diameter Responsibilities Receiving and processing sensory information. Thinking Perceiving Producing and understanding Language & Controlling Motor Function chorea - rapid, jerky, dance-like movement of the body Hindbrain Neurons: Electrically excitable cell that processes and transmits information through electrical and chemical signals. The central nervous system is the processing centers for the nervous system. Fore brain delusions - a condition in which the patient has lost touch with reality and experiences hallucinations and misperceptions. 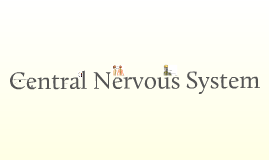 Transcript: Central Nervous System Comprised of the brain and spinal cord input goes from: nerve ---> spinal cord --> brain out put: brain ---> spinal cord --> muscle Takes in input from nerves uses input to make the best decision output is sent to the affected muscle or organ the decision is carried out Central Nervous System includes: -- all parts of the brain; forebrain, midbrain, hindbrain -- spinal cord; vertebrae, discs, spinal cord In the event of damage to the spinal cord: instructions would no longer be able to be sent to or from the point of injury, disabling the parts of the body that cannot receive signals. Stan, a 46 year old man, was stabbed in the back during an argument at a bar. Two years later, many muscles in his body had withered due to paralysis, caused by the damage to his spinal cord. Fun Facts There are more nerve cells in the human brain than there are stars in the Milky Way. There are 43 different pairs nerves which connect the central nervous system to every part of our body. Twelve of these nerve pairs are connected to the brain, while the remaining 31 are connected to the spinal chord. By the time of its birth, the baby's brains consists of around 10 million nerve cells. And as we grow older the brain loses a gram each year. most of its power is used to give appropriate motor responses to the input received The brain receives input from the spinal cord 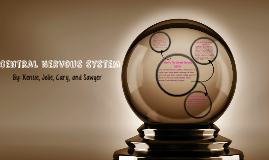 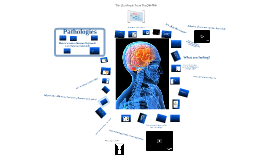 Transcript: This Chart Breaks Down The CNS/PNS Structures of a neuron Polarity of a nerve-Action Potential It's all in the synapse What is the difference between a neurotransmitter and a hormone? What are feeling? Can nerves repair themselves? How does massage help? Know the divisions of the CNS Look at your diagram of the brain as you go. Look at Dancing girl video. What is perception? What do you see??? What is memory, learning, consciousness? What's the difference between pleasure and pain? How do Sensory & Motor differ? Pathologies How are neuro diseases diagnosed? Can they be prevented? the student will be able to perform the following: 1Describe the basic organization of the nervous system. 2Describe the anatomy of the neuron and neuroglia. 3Describe the physiology of the neuron and neuroglia. 4Explain the relationship between neurochemicals and behavior, including pain behavior. 5Identify the structures and functions of the brain. 6Identify the structures and functions of the spinal cord. 7List drugs that affect the central nervous system. 8Describe common pathologic conditions of the central nervous system and the related indications/contraindications for massage. 9.Complete Prequiz 10. Login to all in-line activities and complete 11.Successfully complete Neuro Quiz 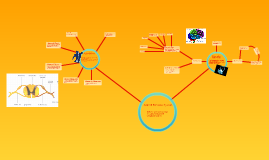