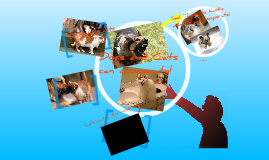 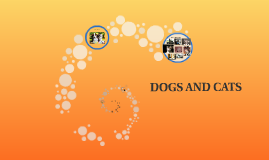 Transcript: The domestic cat or Felis silvestris catus is a small, usually furry, domesticated, and carnivorous mammal. It is often called the housecat when kept as an indoor pet, or simply the cat when there is no need to distinguish it from other felids and felines. Cats are often valued by humans for companionship and their ability to hunt vermin and household pests. funny pictures cats THANK YOU Dogs and cats are really good pets, but there are many differences between cats and dogs The domestic dog is a subspecies of the gray wolf , a member of the Canidae family of the mammalian order Carnivora. The term "domestic dog" is generally used for both domesticated and feral varieties. The dog was the first domesticated animal and has been the most widely kept working, hunting, and pet animal in human history. Dogs and Cats The most differences are: *Cats are more cleaner than dogs. *Dogs are more play full than cats. *Cats don't do so much noise than dogs. *Dogs are harder work than cats. *Cats are lazier than dogs. *Dogs don't scratch a lot like cats. DOGS AND CATS 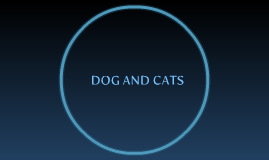 Transcript: DOG AND CATS Dogs The Facts The dog is from the family Canidae. Dogs can do many different things, like hunting, herding, and just being companions. The scientific name for the dog is Canus Lupus Familiaris or, for short, Canine. Some Opinions Some believe that dogs came from wolves. I believe wolves are dogs, instead of dogs coming from wolves. Some people call all dogs hounds. Alot of people think of Beagles as great hunting dogs. Quetions and answers How many dogs are in the world? What is the top breed of dog in America? The Yellow Labrodor facts white cats with blue eyes get deaf easier than other cats The cats' scientific name is Felis Catus cats have excellent hearing. Cats have a rapid breeding rate Opinions cats cant do as much things as dogs, but are still very nice to have. Cats whiskers are very long! Some people think cats can protect them from spirits. Questions and Answers Did egyptians really worship cats? Yes Can cats see in dim light better than light? Yes What is the cats' tail for? Balancing pictures cats 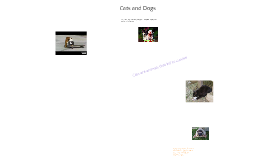 Transcript: Cats and Dogs Cats and Dogs are very furry pets they like to play and get lots of atention Cats are animals that kill to survive if you see a dog in the streets remember to ask the owner first to pat it because it might bite you. w a 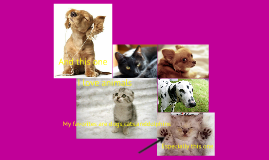 Transcript: My favorites are dogs,cats,anddolphins I love animals And this one Especially this one 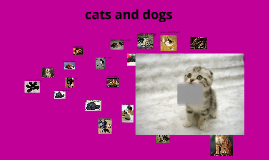 Transcript: they look alike she needs a hair cut tough dog u must be proud she has your eyes oh my gosh hungry little things they must be a handful beat friends so tiny cats and dogs adoribal things QUICK, SAVE THE CAT look at the little thing cats vs dogs one hot kitty oh pretty friends 4 ever im speechless ya nice going such silky fur tough dog all dogs r heros oh, adorable clean freak and watching what your doing 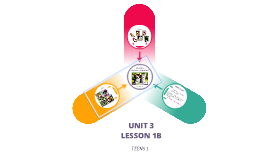 Transcript: Are you a dog or a cat person? Ex: Cats are cleaner than dogs DOGS UNIT 3 LESSON 1B CATS DOGS X CATS Create sentences with these words: Compare them. interesting/clean/independent /quiet/intelligent/loyal/nice /friendly TEENS 3 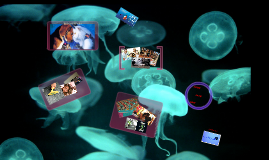