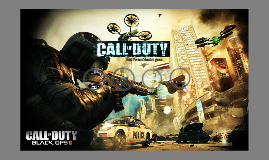 Transcript: Call of duty as a career COD as ambition It is anticipated to be the most played game of all time. People enjoy this game so much that they watch other players play on youtube. There is more to Call Of Duty than just a hobby. It's about achievements and showing off those achievements to your friends. Activision, a gaming company, gives these two rivals a chance to make their game better than the other one. COD addiction First Person Shooter game. There are many variations. You can snipe, play aggressive/defensive. You can go for more kills and improve your KDR, or play objective and help your team win the game. This is the probably the main reason for COD success. You can choose how "YOU" want to play, not how the game wants you to play. Besides from the people who are actually involved in the making of the game, COD helps alot more people make money. This is done using Youtube. Profesional COD players post Tips/Tricks videos which helps them make money. More Stats about Call of Duty... Different types of players... Evolution of CoD Reference to the articles: http://goo.gl/zv0lG http://tinyurl.com/8df7rdz http://tinyurl.com/8gw3wrf There have been 8 games in the COD series. The series has made amazing improvements with its first game released in 2003 with predefined weapons. The only feature that has not been removed from COD 1 is the killcam which allows you to watch the brutality of other player. Cod 4 was the largest expansion of the multi-player series. It had great customization. CoD 5 introduced Zomby mod where you, with a friend, can take down on zombies. 9th game of the series will be released in this november. Infinity ward VS. Treyarch 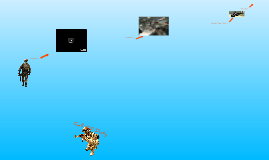 Transcript: Call Of Duty Look there ! No Russian ? Counter Strike: Source ! Watch this! 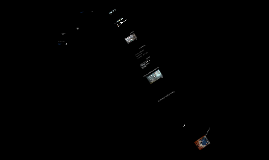 Transcript: Sources: Google, Wikipedia, Personal Experience Subject 1 is important is important too and the gaming industry use overview to show relations is important Total sold CoD games: 120 million CoD has sold more than the Battlefield and Halo series combined How does it manage to stay on top? and competition Total gamers on Modern Warfare 3 (As of 2011): 3.5 million Subject 2 zoom in, and add details to these Frames In summary: Quality>Quanity Total revenue for all CoD games: 4 billion US Dollars Simple. Make it appealing to (stupid) children is here The Origin of A satirical presentation by: Tristan Perez. With no help from Chance of course. and pop culture 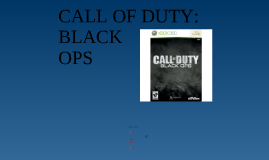 Transcript: CALL OF DUTY: BLACK OPS Unoffical Game Modes COD 1: Pick Pocket 1: You must use a different weapon for every kill you get 11: You are allowed to use a knife unlimited times per life 111: You are allowed to use a secondary but only once per life 1v: You must pick up the weapon of the last person you killed v: Only one kill is permited for a gun then you HAVE to pick up a new weapon(exept for knife) COD 2: Blade 1: Only your Knife, Tomahwks, and Ballistic knifes are allowed to be used 11: No guns at all and no crossbows 111: No last chance perk NOTE: this isnt sticks and stones!!! COD 3: Hardest Game Ever! 1: Primary is the Wa2000 Only 11: Secondary is the Asp Only 111: no attachments 1v: no equipment v: no killsteaks v1: Perks lightweight, steady aim, tactical mask v11: no tactical or lethal grenades v111: no SCOPES COD 4: Crossbow Tag 1: Only Crossbows and Semtex 11: nothing else 111: Any Perks 1v: no knifes THANKS GAMES BY: ZACH AND TRAVIS XBOX: zr0cks PS3: NO PS3 SUCKS GIGITY!!! GIGITY!!! GIGITY!!! AAALLLL RIIIIGGGGHHHHTTT!!!!!!!! GAMES CREATED BY: ZACH AND TRAVIS XBOX: zr0cks PS3: PS3 SUCKS!!!!!! 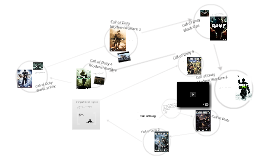 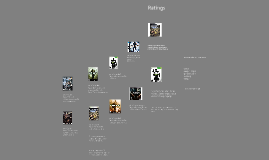 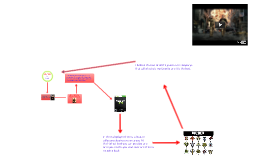 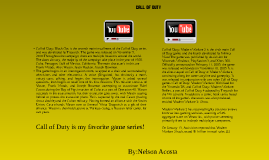 Transcript: Call of Duty: Black Ops is the seventh main installment of the Call of Duty series and was developed by Treyarch. The game was released on November 9, 2010.Throughout the campaign, there are multiple locations around the world. The dates do vary, the majority of the campaign take place in the year of 1968. Cuba, Pentagon, Gulf of Mexico, California. The main character's in this are Frank Woods, Alex Mason, Jason Hudson, Joseph Bowman. The game begins in an interrogation room, strapped to a chair and surrounded by televisions and other electronics. A voice (Disguised, but obviously a man's voice) starts talking, and begins the interrogation. Mason is asked several questions, then begins to recall one of his first missions. This mission consists of Mason, Frank Woods, and Joseph Bowman attempting to assassinate Fidel Castro during the Bay of Pigs invasion of Cuba as a part of Operation 40. Mason succeeds in the assassination, but their extraction goes awry, with Mason staying behind to protect the extraction plane. He is captured by the real Castro (having shot a double) and the Cuban military. Having formed an alliance with the Soviet Union, Castro hands Mason over to General Nikita Dragovich as a gift of their alliance. Mason is then held captive at Vorkuta Gulag, a Russian labor camp, for two years. Call of Duty: Modern Warfare 2 is the sixth main Call of Duty game, and the fourth developed by Infinity Ward.The game was published by Activision for Microsoft Windows, PlayStation 3, and Xbox 360. Officially announced on February 11, 2009, the game was released worldwide on November 10, 2009. It is the direct sequel to Call of Duty 4: Modern Warfare, continuing along the same storyline and gameplay. It was released in conjunction with two other Call of Duty games: Call of Duty: Modern Warfare: Mobilized for the Nintendo DS, and Call of Duty: Modern Warfare: Reflex, a port of Call of Duty 4 adapted by Treyarch for the Wii console. In addition, a comic book series based on one of the game's characters was also produced, entitled Modern Warfare 2: Ghost. Modern Warfare 2 has received highly positive reviews from various gaming websites, attaining a 94% aggregate score on Metacritic, with praise stemming primarily from its in-depth multiplayer component. On January 13, Activision reported that Modern Warfare 2 had crossed $1 billion in retail sales.[2] Call of Duty is my favorite game series! By:Nelson Acosta call of Duty