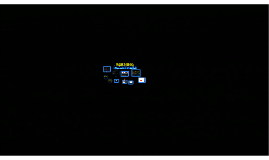 Transcript: Reduction When we hear the word burning we immediately associate it with the following words heat, energy release, hot, red, light, oouch.!! What happens with the mass of fuel in a combustion reaction? Oxidation OIL RIG CH losses the electrons from H which are now H becoming C ion there for it gains 2 O ions with -2 charge each, forming CO 4 BURNING Understand what combustion is. Understand what happens during combustion. understand what redux reactions are. key words Oxidation is Loosing electrons It can be defined as the loss of oxygen from a substance or the gain of electrons. For example, copper oxide can be reduced to form copper if it is reacted with hydrogen: copper oxide + hydrogen → copper + Hydrogen Oxide ( water ) CuO + H2→ Cu + H2O The Oxygen molecule losses 1 Oxygen atom, turning in to 2 O ions, so they also loose the electrons they borrowed each other and each will gain electrons 4+ 2 The law of conservation states that no new atoms can be created and no atoms can disappear. The atoms are just rearranged into forming defferent substances. In some chemical reactions the mass of the product can be seem to be higher than the reactants, however its not. When burning 3g of Zinc the product is 3.7g of Zinc Oxide, the reason for this is due to that when Zinc is being burnt it is being bind to oxygen adding the mass of the oxygen to the products. When one of the products is a gas it can easily escape giving the impression that the mass of the products is less than the reactants. What happens at a molecular level? 2- Another word used in science instead of burning is COMBUSTION, which can be describe as a high-temperature exothermic REDOX reaction (REDUCTION/OXIDATION) Can be defined as the gain of oxygen by a substance or loss of electrons. For example, magnesium is oxidized when it reacts with oxygen to form magnesium oxide: magnesium + oxygen → magnesium oxide 2Mg + O2→ 2MgO Learning Objectives: Reduction is Gaining electrons What`s that? reduction oxidation What is burning? 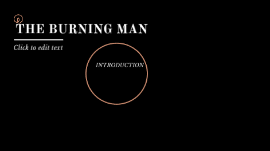 Transcript: THE BURNING MAN Click to edit text INTRODUCTION "SOCIAL EXPERIMENT" IN THE DESERT Subtopic 1 Main characteristics Burning Man is a network of people inspired by the values reflected in the Ten Principles and united in the pursuit of a more creative and connected existence in the world. Burning Man takes place in a temporary metropolis called Black Rock City. Like any city, it has essential infrastructure, hospitals, bars, clubs and a post office. Subtopic 2 Principles Radical Inclusion Gifting Decommodification Radical Self-reliance Radical Self-expression Communal Effort Civic Responsibility Leaving No Trace them. Participation Immediacy People Leaving no trace is one of Burning Man's most important principles and every camp gets graded on how they leave their area, "Everybody has a campsite and they know who's where, so you get a rating on how clean you left your site. The only way camps get invited back is if they have a clean campsite. 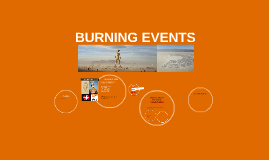 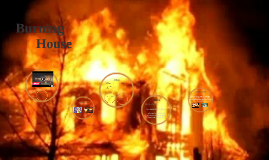 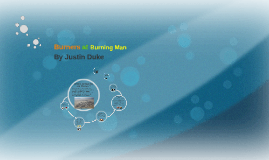 Transcript: Burners Burners with out Boarders take the ideas and values of the Burning Man culture out into the real world. One way they do this is by facilitating a variety of coordinated volunteer efforts. Many active Burners volunteer year round to help set up and build the next year's events for Burning Man. Others take part in fundraisers for disaster relief, beach and highway clean ups, meals for the homeless and more. Burners and the Law Courts and Corrections http://burningman.org/network/get-involved/connect-with-burners/ http://www.youredm.com/2015/09/14/arrests-at-burning-man-2015-up-600-from-previous-year/ https://en.wikipedia.org/wiki/Burning_Man http://burningman.org/culture/ Burners with out Boarders What is Burning Man and "Burners"? at By Justin Duke "Burners" are the term people use to refer to themselves as being part of the Burning Man culture. Burners have a very unique culture that many live with outside of Burning Man. They promote peace and unity by the means of self expression. The participants use artistic costumes and dance. Burning Man Burner Values Burners Sources In a court setting, Burners could most likely be viewed as peaceful hippies. With the amount of volunteer work Burners do, plus being very peaceful, it is hard to see a Burner being treated as a dangerous criminal. The most likely reason a Burner would be in court, would be due to possession of a controlled substance. If a burner were to be incarcerated, they would most likely not do well in prison. Although they would follow the rules and laws within the detention center, the inability to self express would have a negative effect on that individual. Burning Man is a Cultural art and freedom of expression event that takes place in the Black Rock desert of Nevada. A temporary community is set up consisting of large tents, wooden buildings and RV motor homes. Burners believe that the path to a better world is by being peaceful and respectful to each other no matter what their race, age, body type, sex or sexual orientation is. They represent that belief by respecting and helping every one and by attending burning man wearing all sorts of strange and unusual costumes, or by wearing nothing at all to express who they are. Burners are often viewed as the modern day hippie based on their beliefs and culture. Because of this, they are often subject to forms of discrimination. Such as being viewed as drug users and jobless artists by some law enforcement. In reality Burners are peaceful and caring to other people. They also often volunteer to better their society and to help one another. Although drug use is common. Burners are often noted by the law enforcement at Burning Man as being very compliant and peaceful. In 2014 only 7 arrests were made at Burning Man with 392 citations being handed out while there were over 65 thousand people in attendance. The vast majority of citations were for controlled substances. 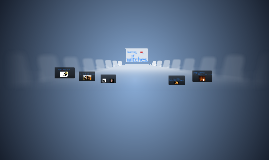 Transcript: Night was considered magical. of burning celebrates the arrival of spring. Roman witches. is one of the most popular traditions. It is the second highest national holiday. people believe that this night witches pouring out celebrating him almost every people also believe in open caves sometimes through the ashes cattle led to fertility Begins 30th April at night. and also to protect against witches and evil spirits. Jelínek 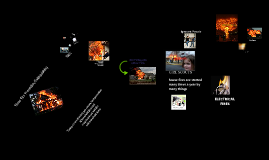 Transcript: Home Fire Prevention/Extinguishing Today we are showing you causes/and prevention of household fires and ways to put out said fire with household items house fires are started many times a year by many things ELECTRICAL FIRES Car Fires GREASE FIRES a good way to put out a grease fire-baking soda Kitchen Fires Ignorant People ANYTHING CAN CAUSE THIS though many things can start a fire many things can prevent them to be safe always have the fire department or help services on hold even though there are a lot of fires that happen yearly, no-one knows when they will start therefore you musrt always be prepared in case of emergency and in case you cant contact the police so it is best to know what you can do to put out a fire. some items you can use to put out a fire in your own house are..... SALT- WATER- DIRT- SAUCE- METALS- MILK- yOGURT- WET TOWLE- jUICE so in our presentation we will be showing you what ite,s you can use and what items you might not want to put your life in trust of and remember always have an adult with you at all times in case of emergency WE WILL BE WATCHING FIN ARSONRY AND NEVER START A FIRE AND NOT PUT IT OUT BECAUSE fire fire fire fire fire fire fire