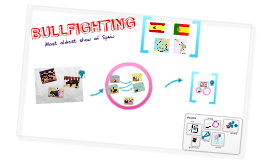 Transcript: BULLFIGHTING (cc) photo by Metro Centric on Flickr doodles They have to demonstrate his courage in dificult and dangerous situation In this show more of one bull has died notes Budapest San Francisco Most oldest show of Spain We'd better fin another form of "fine art" which kill a bull illegally we doesn´t have law Notes Stockholm (cc) photo by jimmyharris on Flickr (cc) photo by Franco Folini on Flickr Double click to crop it if necessary Won't can continue MORE this form of FUN Just Must to participate "Matadors" who execute various formal moves which can be interpreted Don't have to torture animal inhumanity outlook But be bullfighter also is a risk A "torero" too much risk his professional self photo frame We will be more sensitives "Matadors" ought to create connection with the crowd thought the bull Place your own picture behind this frame! (cc) photo by Metro Centric on Flickr details Assets map Important Details His responsibility is create a public performance good! 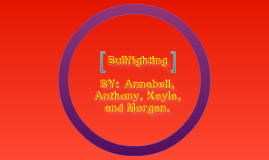 Transcript: Bull fighting is called Corrida de Toros. It is watched in Spain, Portugal, Mexico, and southern France. To start of, these countries treat bull fighting as a sport while in America it is frowned upon. There are many organizations against this and trying to make this sport illegal. Bull fighting in spain is considered a celebratory sport. It is between March and October. The person that is the one to kill the bull is called a matador. This person will pull maneuvers that are performed by the matadors at close range. The matadors will eventually, after a round of manuevers, kill the bull with a spear or knife and stab it in the back. If the matador has performed particularly well, the crowd may ask the president to award the matador an ear of the bull by waving a white handkerchief. Very rarely, if the public or the matador believes that the bull has fought extremely bravely, they may petition the president of the event to grant the bull a pardon and if granted the bull's life is spared and it is allowed to leave the ring alive and retuen to the ranch where it came from. During the sport season ranchers consider it an honor to have one of their bulls in an event. They will spend years raising bulls. the arena requirments are the bull must be four years old or older and have minimum weight of 1,000 pounds. The killing of the bull after the fight is very brutal. This is the reason why there are organizations to stop this sport. In some countries, thanks to these organizations, it is illegal to kill the bull in the arena. Bull fighting attracts spectators from all over for the fiesta patronal, named ferias taurininas. This festival is held in spanish cultured countries. It is usually held for a saint who holds the fiesta. The streets are usually decorated with bright colors like the inside of the arena. The corrida de toros or running of the bulls is a brutal sport the atracts thousands of people every year. The sport is slowly coming to an end because of the killings of the bulls. Bullfighting BY: Annabell, Anthony, Kayla, and Morgan. 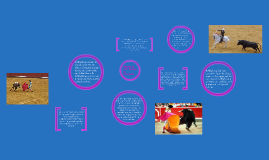 Transcript: A bullfighting ring is called a plaza de toris. Bulls are color blind so they charge at the cape because it is a large moving target, not because it's red. During the second part of the bullfight the picadors or the bullfighters on horseback bear lances at the bulls. During the last part of the bullfight the matador stabs a sword between the withers of the bull to kill it. Bullfighting by Zarah Christensen and Darby Kitchen Bulls in bullfights are allowed to live a year longer than the bulls that go to the slaughterhouse. Sometimes a bull will be granted a pardon which means it's life will be spared. Bullfighting had been banned in Spain for a long time but they removed the ban because bullfighting is an important tradition and is important to Spanish culture. Beginner matadors fight bulls that are 3 years old whereas experienced matadors fight bulls that are 4 years old. The bulls do not need to be trained, charging at the cape is their natural instincts Bullfighting started in Andalusia in 711 AD. They rode highly trained horses and confronted and killed the bulls. Bullfighting soon moved to Spain and they started doing it on foot. The Bullfight usually starts at 5 pm. When the bull comes out of the toril or pen the matador greets it with a series of manoeuvres with a cape. The amount of applause the matador receives is based on how close he gets to the bulls horns and how graceful he is with the cape. An average bullfight has six bulls and three matadors. The matadors wear a distinctive costume consisting of a silk jacket embroidered in gold, trousers, and a montera. 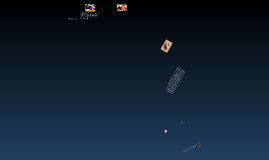 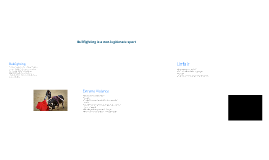 Transcript: Bullfighting is a non-legitimate sport Traditional spectacle in Spain,Portugal, Southern France, and several Latin American countries. Spain has over 400 bullfighting venues Most widely known Spanish tradition Important cultural ritual and a demonstration of grace and bravado 250,000 bulls killed each year 3 stages Picador"lancers on horseback" stabs a mound of muscle 3 banderillas"bullfighters" place two sharp stick near the initial wound Matador performs passes with the cape Then stabs the bull between its shoulder blades 4 or more against one bull Bull isn't aware of what is going on Bull dies Fighters can retreat or get help from others Unfair Bullfighting Extreme Violence 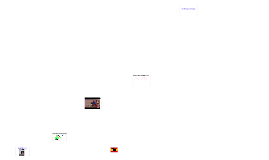 Transcript: Thank You for watching Places where this art is played Originally, there were at least five distinct regional styles of bullfighting practised in southwestern Europe: Andalusia, Aragon–Navarre, Alentejo, Camargue, Aquitaine. Over time, these have evolved more or less into standardized national forms mentioned below. The "classic" style of bullfight, in which the bull is killed, is the form practiced in Spain and many Latin American countries. A clip which will amaze you Bullfighting Information about this Art