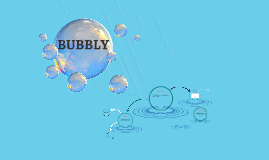 Transcript: In the project we tested three different solutions that all included water and soap. The first mix was water, soap, and glycerin. The second mix was water, soap, and Baking powder, and the last mix was water, soap, and Windex. We took measurements of the bubbles created with each recipe. The solution with glycerin resulted in having the best bubbles. We think the bubble that contains glycerin will be the biggest, and the baking powder will be the smallest... In a container of water, the tiny water molecules are attracted to each other, which means that they're constantly pulling on each other. At the surface of the water, these water molecules are attracted to the water molecules around and below them. In conclusion, we found that our hypothesis was half correct. Because glycerin was the biggest. But baking powder was not the smallest. Abstract Results Materials Prepare three cups with the same amount of soap and water. Label each cup 1,2,3. To Cup 1 add glycerin. To Cup 2 add Windex. To Cup 3 add baking powder. Use the straw to test the bubble. The bubble should be blown on a wet surface. Water Straws Cups Windex Baking powder Glycerin Baking powder makes an effect that makes gas. The gas then forms trillions of tiny bubbles. It's like an alkaline compound. It causes ingredients to rise. Conclusion Work Cited So basically the glycerin has a better structure than baking powder. Question Which substance will create the biggest bubble? mix 3 cups with soap and water. label cups 1,2,3. to one cup add Windex, to the other add glycerin, and to the other add baking powder. test them by dipping a straw into a cup and blowing onto the mat. do the same for all 3 mixtures. Procedure Research Procedure BUBBLY Hypothesis Background research http://www.hometrainingtools.com/a/learn-about-bubbles http://www.webmd.com/vitamins-supplements/ingredientmono-4-glycerol.aspx?activeingredientid=4&activeingredientname=glycerol http://www.eckraus.com/4-oz-glycerine-99-5.html 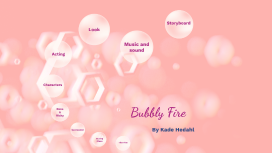 Transcript: Bubbly Fire By Kade Hedahl The Fire The Fire Log line: Rena, an overworked motel manager, must fire her alcoholic younger brother, but he has a secret that could dismantle her future. The idea came from... Acting Class Improv scene gone well! Acting Class Sibling tension Higher stakes Succession Succession Unique sibling dynamics Unstable mood = hand-held Unique Sibling Dynamics Rena & RIcky Shared distaste for father Quick, unfiltered dialogue Brutal honesty The urge to swing your fists Rena & Ricky Characters Cast Rena Rena Rena is a 23-year-old motel manager. Despite coming from money- as her father owns the fancy motel- Rena is a hardworking, determined manager. She is about to get married to Kedwick, and her attraction to him comes from his presentation of success and professionalism (but he's actually just a tacky poser). For Ricky, Rena is one of the only people that keep him in check. She cares for Ricky deeply and wants to help him with his addictions, but their relationship is tainted by Rena having to act more as a parent than a sibling. The men in her life consistently let her down. Why Ciara? Hard worker Darting eyes Acting together Ricky Ricky Ricky is 19 and works for the front desk at the motel. He's rebellious, with eyeliner that could cut a bitch. He still acts (and flirts) like he's in high school. Throughout high school, Ricky struggled with alcoholism, causing him to be emotionally stunted in this manipulative, vindictive, and destructive phase. He thinks he's a really hard worker, but the world also revolves around him. Ricky rejects Rena despite her attempts to help him. Why me? Love acting Complex character (dislike but understand) Motel experience Changes after practice shoot... Kedwick Kedwick Kedwick, 24, is a posh narcissist (with a scarf and satchel) that rarely lets down an ingenuine image of success. He wants everyone to be in awe of his posture and presence. He's attracted to Rena because she's a hard worker, and he is not. He has always gotten his way, so his secret, sexual relationship with Ricky is impulsive and of little concern to Kedwick: he believes he's always in control. He is a closeted gay man, and his narcissistic tendencies stem from deep insecurities. Why Matt? Great actor Fit physical description Preexisting film exp. with Ciara and I Tom Tom Tom is Rena and Ricky's old-fashioned father. He's wealthy, but doesn't have to work much. His favorite thing to do is watch hockey, and he's the kind of straight man that feels burdened by women. He has neither the time or patience for his kids. Tom is a dick of a father. (We never see Tom: we only hear him in Rena's opening phone call) Why Karl? Perfect voice Retire-itis (over it) Attacking during office hours Acting Techniques Acting My primary focuses for both directing and acting are on character motivations and secrets (when they're relevant). How these characters go about getting what they want is also important. Examples Scene 3: Rena is motivated to fire Ricky and get his drunk ass home safely by utilizing a stern, motherly stance. Ricky wants to hurt Rena for criticizing him. His pride is hurt, so he decides it's the right time to reveal his affair with Rena's fiance. Freedom Acting Inspirations Reading about some of my favorite directors, Darren Aronofsky and Andrea Arnold, I found that they have a very similar technique: to let actors explore the space themselves and think through characters in the context of that space. They make the acting experience so much more personal than just feeding lines. They ask things like, "how would you react in this scenario?" and "how would your character react differently to that?" Aronofsky and Arnold are open to bend the script if it ups performances. Elmhirst, S., Schwartz, A., &amp; Segnit, N. (2016, October 8). Andrea Arnold's immersive cinema. The New Yorker. Retrieved March 29, 2022 Matt. (2022, March 12). Darren Aronofsky directing style: The Essential Guide to aronofsky's work • filmmaking lifestyle. Filmmaking Lifestyle. Retrieved March 29, 2022, from https://filmlifestyle.com/darren-aronofsky-directing-style/ My rehearsal plan: April 3rd Why co-directing? Co-directing The Look Look Maeve palette Pink lighting Black Swan - POV shots and movements Music and sound effects Music and sound Isolated drums and violins Human sounds High tension Speeds up at the end Storyboard 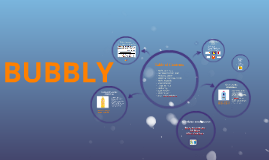 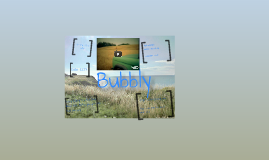 Transcript: Bubbly Composer: Colbie Caillat Date: 2007 Photo based on: 'horizon' by pierreyves @ flickr Style: Contemporary pop instruments: Guitar and vocals Listening: Love Story: bubbly is a love song about that feeling you get with that one guy History: was made in a debut album "Coco" 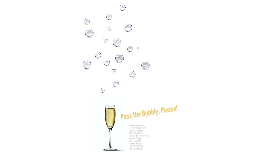 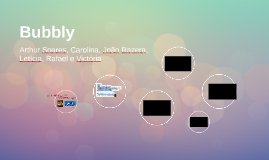 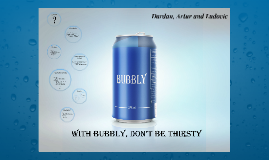 Transcript: Packaging Poster Relatively cheap Simple Just the product and the slogan Simple = effective The Price Can Blue sober colour of blueberry Just the name to touch people more Information about the content because it is compulsory To everybody since the teenagers Not for children because of the taurin and caffeine In general for all the thirsty people Introduction To be effective = Simple Simple = cheap Cheap advert = more money for the product or packaging Questions Whom addresses the product? The product Conclusion Dardan, Artur and Ludovic Sparkling water Sugar Blueberry juice Taurine Caffein CHF 2.50 "Sophisticated" drink Special launch price: CH 2.00 Attract buyers Accelerate sales During 2 months The Slogan Ingredients Advertising Technique The Product Why this advertising technique? Whom addresses the product? The price Conclusion Your questions "With Bubbly, don't be thirsty" Rhyme = striking Message simple = effective Easily understandable So when you are thirsty, you think at Bubbly 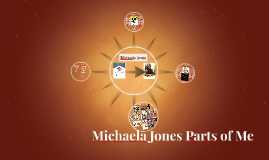