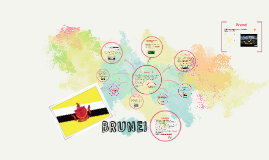 Transcript: Shopping Zone The beautiful beach in the South China Sea such as Muara beach, Meragang beach, Serasa beach and Pantai Seri Kenangan beach Building Billionth Barrel Monument for celebrate the wealth of the country is a major oil exporter. There is also a discovery oil many more. History of Brunei can produce fuel for up to 1 billion. Worth more than US $ 1.4 million Contain 1,788 rooms, five swimming pools Banquet Larger containing up to 5,000 people. Exclusive Hotel Jerudong Park ฺBut this presentation will let present about tourist attraction for offers another of Brunei. BRUNEI ฺBRUNEI Larger area Hong Kong Disneyland Tickets only $ 1 Which is not included ticket of player Negara Brunei Darussalam means land of peace so tourist attraction outstanding architecture and natural beauty. Brunei Museum The museum consists of several zones, including zones gallery show history and culture of brunei and trade and zone artifacts from the Muslim world show The Quran Smallest in the world, ancient jewelry made ​​of gold. Brunei tourist attraction Billionth Barrel Monument Time 1 hour ahead of Thailand Use money a dollar, Brunei and Singapore Very cheap oil in Brunei Brunei, high security and excellent benefits. Some places will be closed Friday. It is Friday the rights under Islam This country is Islam Do not take when entering the mosque's religious sites Capital is 'Bandar Seri Begawan' Exclusive room name 'The Emperor Suite at 7 floors This hotel is 7 stars name 'The Emperor' Rule is have to be Royalty or leaders of country only one night about 500000 bath In room divide bedroomม drawing room, dining room, kitchen, butler's room and pool Pool in the room The Istana Nurul Iman palace i will show you brunei tourist and overview brunei in 3 minutes Temburong National Park, Brunei's vast natural resources And have rafting along the Temburong you get close to nature Brunei What is good what most people would say. The resources of oil and natural gas. And a small country that is rich. But nothing attractive when compared with other countries in ASEAN. Temburong National Park Beach Brunei Ayasan Sultan Haji Hassanal Bolkiah Complex, the largest shopping center in Brunei divide local products, crystal and jewelry Gadong Shopping Mall, is the fullfill shop brand name 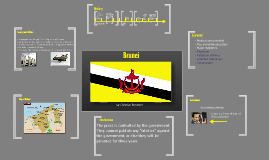 Transcript: Acknowledgements Coat of Arms Borneo And Its Countries In 1761 Alexander Dalrymble set up a trading port in Sabah. In 1942 Japanese forces landed in Sabah and taking control of the country for 3 years until Allied forces re-gained it. In 1963 Sabah earned independence from Malaysia. The Yang di Pertua Negeri of Sabah is Juhar Mahiruddin and the Cheif Minister is Nusa Aman. The total land area of Sabah is 73,631 km2 and the population is over 3,000,000. The capital of Sabah is Kota Kinabalu with the official language being Malay. Sabah Coat of Arms West Kalimantan Hornbill in Sarawk Forests in West Kalimantan Sabah Brunei Coat of Arms Brunei Sarawak Coat of Arms Sarawak Thank you to the websites below: Brunei is part of the 3rd Largest island in the world. Brunei like most countries had a civil war. It was fought between Sultan Abdul Hakkul Momin and Sultan Muhyiddin in 1660. After 13 years the Civil war had ended with Sultan Muhyiddin the eventual winner in 1673. The country was in peace until 1941 when the Japanese invaded Brunei. Fortunately Australian Forces re-gained Brunei in 1945 and Brunei was once again independent. Brunei takes up 1% of Borneo but is already the 2nd most developing country in South East Asia. The country is run by Sultan Hassanal Bolikah and he is also Prime Minister. The official language of Brunei is Bahasa Melaya ad the currency is Brunei dollar [BND]. Brunei has a population of just over 400,000 aproximately, the capital city of Brunei is Bander Seri Begawan. The culture is malay with heavey influences in Islam, it also has a legal system based on english commn law. Google images WWW.Wikipedia.org Thank you for wacthing By Ben Dawson James Brooke was appointed Rajah of Sarawak by the Sultans of Brunei in 1842. In 1941 Sarawak was occupied by the Japanese forces capturing Miri. In 1945 Australia came to the rescue and re-capturing Sarawak. In 1963 Sarawak gained independence from Malaysia. The Yang Di Pertua Negeri of Sarawak is Abang Muhammad and the Chief Minister of Sarawak is Abdul Taib Mahmud. The population is 2,420,009 and the capital is Kuching. The Iban tribe take up 29% of the population, the total land area is 124,450 km2. The Official Language is Malay. In the 17th century the Malay migrated to West Kalimantan and set their own Kingdom. The Dutch occupied West Kalimantan in 1884. During 1942-1945 the Japanese had occupied West Kalimantan. When Indonesia declared independence, 21,000 people were kidnapped and massacred by the Japanese. Drs.Cornelis M.H is the Governer of West Kalimantan. The Capital city is Pontianak, the total land area is 147,307 km2. The population is 4,393,239, the Official language is Indonesian. The Dayaks take up 33.75% of the population. The most popular religeon is Islam with heavy influences is Catholic Bander Seri Bagawan the capital of Brunei Mount Kinabalu in Sabah 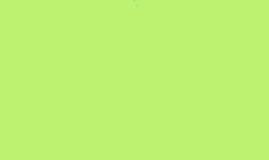 Transcript: climate the flag is yellow, with black and white diagonal stripes and a red crescent ~Bandar Seri Begawan is the capital city of Brunei~ population: 427,721 half and half with men and women 5082 babies have been born this year the climate in Brunei is pretty much just hot and humid. the hottest months are March and April. Brunei By Olivia . pics page... the main foods are fish and rice. the beef is very expensive. in areas animals get eatin the hottest temperature in Brunei is 27.1 Location Population the black and white strips represent Bruneis chief ministers hello: kaixo how are you: Zer moduz zuade good: Ona bad: txarrak maybe: agian ok: ok birthday: urtebetetzea olivia: olivia Australia: Australia computer: ordenagailua other top cities: Kuala Belait (31,178) Seria (30,097) Tutong (19,151) Bangar (3,536) capital city/other cities! thanks for watching :) Brunei is one of the smallest countries on earth. Brunei is located in Borneo on the northern coast. they drink a drink called "Teh Tarrik" which is a sweet milk. there are arms on the sides of the crescent flag~ translate! foods and drinks the official language for Brunei is Bahasa Melayu (Malay) 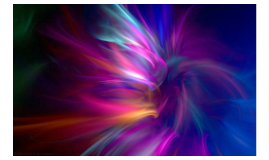 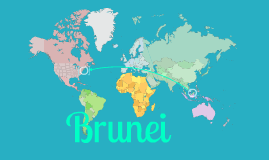 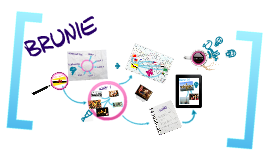