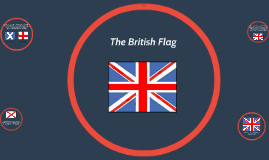 Transcript: The Scottish flag In 1603, the year of Queen Elizabeth I's death, England and Scotland existed as completely separate nations, each with their own monarch and parliament. Therefore, they each had their own flags. The English flag In the spring of 1606, to symbolize the monarchical unification of the two nations under himself, James created a banner to this end, by fully superimposing the English red cross upon the Scottish flag. This became known as the Union Flag, and it was the forerunner of the present flag of Great Britain. The British Flag And this is the British flag as it exists today In 1801, when Ireland became a part of Great Britain, the Union Flag was redesigned to include the Cross of St. Patrick (red, diagonal), the patron saint of Ireland. 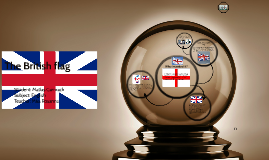 Transcript: Label of the English flag The English version of the First Union Flag, 1606, used mostly in England and, from 1707, the flag of the Kingdom of Great Britain. It was created when the flags of Scotland and England were first merged to symbolise the Union of the Crowns. England, Northern Ireland, Wales and Scotland are part of the United Kingdom. In 1188 Henry II of England and Philip II of France agreed to go on a crusade, and that Henry would use a white cross and Philip II the red cross. Student: Matías Carmach Subject: English Teacher: Miss Rosanna Who invented it? From 1801, in order to symbolise the union of the Kingdom of Great Britain with the Kingdom of Ireland, a new design which included the St Patrick's Cross was adopted for the flag of the United Kingdom of Great Britain and Ireland. The British flag In England and Great Britain, the label of the flag has to be in the highest consideration. It is not allowed hoist to the flag in the same mast that another flag, since this would force to that one was higher or lower than other one. Which is the difference between the United kingdom and England? The flag only can be hung on the correct way, and it must never touch the soil. As soon as the flag crushes, it gets dirty or gets worn out, it must be replaced with the new one. The secondhand flags must be burned with respect, in a private area, and they must never be thrown in the garbage. The United Kingdom flag is called the union "jack" flag because this is a maritime type of flag, used by warships in the bow on special occasions. Since then, its called this way. 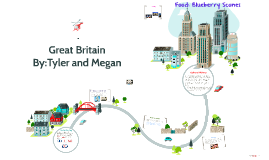 Transcript: Modes of Transportation: From Canada you can take a plane to Britain which the cost of going to London From Toronto would be $950+ Traveling The British flag combines 3 older national flags; the red cross of st.George of the kingdom of England, the white Saltire of st Andrew for Scotland, and lastly the red saltire for st Patrick to represent Ireland Cultural History The British flag Crops can consist of Potatoes, Carrots, Onions, and Cabbages. Potatoes are grown year round while carrots and Cabbages are grown 9 months out of 12, Onions are grown 10 months out of 12. Food: Blueberry Scones design by Dóri Sirály for Prezi British Diet Some of the cultural influences other countries had on Britain would consist of Tea from China, Sugar from the Caribbean and the spices of India. Britain need a cheaper substitute for beer so tea was in high demand after being brought to the country. A popular tradition was then founded, most people now it as "Afternoon Tea". The spices from India were used for food but also medicine The typical British Diet mostly consists of Roast Beef, Fish , and other regional specialties like Black Pudding and Trifle. The difference between a British diet and Canadian Diet is some what similar because we both have fish included and beef, chicken, etc. Canada also has a lot more fast food restaurants and that is another thing that we commonly eat. Britain's Climate Other Countries cultural influences Attractions: There is Buckingham Palace, Big Ben, Tower Bridge, and Kensington Palace Britain's climate is usually hotter in the south than the North and more precipitation in the West and North-west because of the mountains Famous Festivals are St Andrews Day(Scotland), St Georges Day(England, St Patrick's Day(Irish), and St David's Day (Wales) Hotel: Grange St. Paul's- Price $190- $250. Has 3 restaurants, smoke free, full service spa and indoor pool. Also has 3 bars/lounges and a coffee Shop/Café Britain's Culture is seen through Cinema, Music, and various types of Art. Some of the famous Arts would be Literature such as plays, books and are made by famous people in history like William Shakespeare. For music some famous people or groups would be the Beatles, pink Floyd or even Adele. Great Britain By:Tyler and Megan 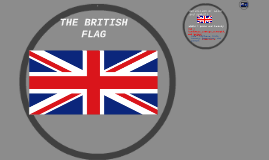 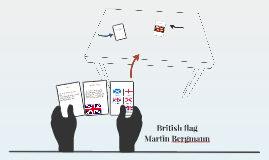 Transcript: Thank you! http://www.google.com/ http://en.wikipedia.org/wiki/Flag_of_the_United_Kingdom name: Union Jack or Union Flag The earlier flag of Great Britain was established in 1606 new flag Adopted: 1801 facts lines above and below the diagonal red are different widths. when rotating the flag 180 degrees, but if mirrored the flag will be upside-down. upside-down British flag Martin Bergmann sources 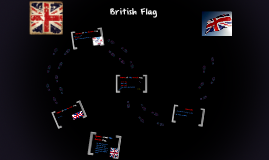 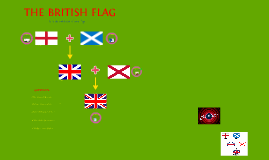 Transcript: THE BRITISH FLAG It is the combination of some flags (San Jorge cross) boats to sail protected in the Mediterranean sea and Black sea. (San Andrés cross) QUESTIONS: 1º When did appear the Union Jack? It appeared in 1801 2º What cross did appear in the sky? San Andrés cross 3º What is the color of San Andrés cross? White 4º What is the color of San Patricio cross? Red 5º What flag was in boats of England? San Jorge cross ENGLAND FLAG England was taking it in the This flag represents the Sant patron of Ireland, is the oldest flag of Ireland. There was a war and in the sky appeared the white cross and this gave force to the battle and they win. (Ireland) UNION JACK FLAG (1801) SAN PATRICIO FLAG (1606) It appeared with the union of the lands and it had the three cross. SCOTLAND FLAG