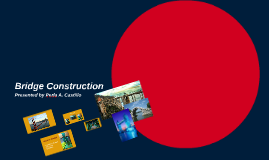 Transcript: Does the construction of a bridge determine its overall strength? Place two of the cups by each other, make sure there is space in between the cups, like the size of your fist. Place a sheet of paper on top of the cups. Then place the third cup on the top of the sheet, placing it right in the middle/between the two cups. Observe what happens. Repeat the process, but this time fold the second sheet of paper as if to be making a paper fan. Determine which "bridge" provides the best support? Begin placing pennies in the cup on top of the folding paper. How much weight can it support? When force or weight can be spread out or directed so that it is shared with many support structures, the form becomes stronger. The fan fold spreads the force of the cup filled with pennies, allowing more of the paper to be used in the support of the cup. Scientists know that the size and quantity of the folds are important. The larger and fewer number of folds, the stronger the paper. The smaller and greater number of folds, the weaker the paper. Question Why It Works Two pieces of paper Three cups 12 Pennies What To Do Bridge Construction Presented by Perla A. Castillo Materials Needed 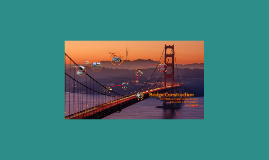 Transcript: END sketch of bridge golden gate bridge is the most known bridge in San Francisco we want a triangle bridge because we thought it would be stronger then anything else and its most common design. The famous golden gate bridge as youy can see in the picture its base is a triangle ARCH BRIDGE BEAM BRIDGE Geocentre sticker BY; Madison O'dell an Samantha J due march 6 2017 grade 7 miss ledwell examples * ARCH BRIDGE *SUSPENSION BRIDGE *BEAM BRIDGE measurements width~ 11 length~79 height~10 COMMON BRIDGES what is a bridge IT'S THE END OF THE BRIGE FOR U BUDDY LOL ! MY IDEA The Sydney Harbour Bridge is a steel through arch bridge across Sydney Harbour that carries rail, bicycle, and traffic between the Sydney central business district and the North Shore. An idea of the kind of bridge A bridge is a structure that helps you get over a obstacle like river,valleys or roads. and building a bridge can be very difficult with the measurements and weight. Donghai Bridge is a Chinese bridge counted among the longest cross-sea bridges in the world . crushed bridge Suspension BRIDGE Bridge Construction 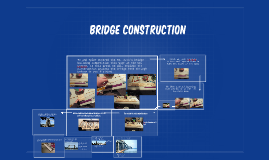 Transcript: Its length is 36m It was completed in 1883 We also could have used more suspension like this one Its length is 12900m btw the dimensions are 10 by 8 The first bridge we researched was the London Bridge. Its width is 26m We then started layering over planks of sticks for the main base The second bridge we researched was the Brooklyn Bridge in New York. The last bridge we researched was the Confederation Bridge that connects New Brunswick to PEI. or we could have layered the base some more like this Then we put the base together What we could have done to improve the bridge is that we could have built cross braces like this one Then we built the walls and put the top on bridge construction It was opened in 1824 First we took popsicle sticks and layered them to make the start of the base Its width is 32m Me and Tyler entered the St. John's bridge building competition this year at the Geo Centre. In this prezi we will explain the construction process the bridge went through before it was finished. Its length is 269m Its length is 1825m 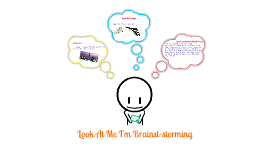 Transcript: It is located in between Shanghai and Nanjing in East China's Jiangsu province. Construction ended in 2010, facts include: The bridge runs roughly parallel to the Yangtze River, about 5 to 50 miles to its south. It passes through the northern edges of population centers (from west to east) beginning in Danyang, Changzhou, Wuxi, Suzhou and ending in Kunshan. There is a 9-kilometre long (5.6 mi) section over open water across Yangcheng Lake in Suzhou. Type Of Bridge By: Johnny Bowers & Mark Gonzalez Date Completed And Facts Location Danyang–Kunshan Grand Bridge: The Longest Bridge In The World Look At Me I'm Brainst-storming Made up of Cable and Rail 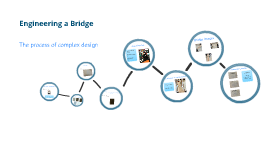 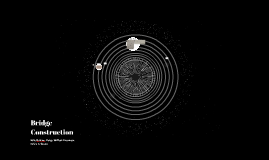 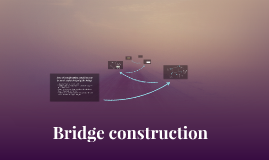 Transcript: The bridge did not withstand the 50 N specified. A more through plan and superior build quality would help improve structural rigidity. The design was kept relatively simple (apart from paper base), allowing ease when building. Initial concepts Triangular cross member throughout the bridge to help distribute the load. A lot of material was used to secure the paper down meaning the cost was high, £83,516. More time planning could have meant more efficient material use. Try not to rely on loads being applied perpendicular to a member without giving additional support. Using an Instron load cell, a vertical force was applied to the highest center point. The force would increase until the the resistive force from the bridge dropped, due to e.g. buckling, twisting or sheared joints. Vertical struts would distribute load throughout the base, where the bridge was strongest Maximum load of 40.9 N. Target of 50 N was not achieved. Poor joint construction caused them to fail under small loads. Strong base meant top strut warped considerably. Increase the length of the bridge past 500mm to allow for slippage. Final design The use of paper in this way still has potential. the use of larger paper sheet or more wedges between the frame and paper would have helped. Structural failure of base and one end of bridge dramatically reduced rigidity. Central strut succeeded in transferring load to base of bridge. Paper wasn't under enough tension to aid strength. Lack of symmetry causes twisting at puts additional stresses on one side of the bridge. Points of failure and success Results and potential improvements for next time Several 'steps' in load initially as joints began to fail. A load capacity of 50 N was required. The bridge would have to be at least 500mm to fit on support struts within load cell. Costs of materials meant there usage had to be kept minimal (no redundant material on bridge). Feasibility: would the design be feasible to construct out of the material provided? Balsa, paper and glue. Several consideration would have to be made whilst designing the bridge Extra length allowed for considerable bending without the bridge falling of its supports. Inclined triangular members at either end to distribute some of the load onto the paper fastenings. Testing to destruction Use papers tensile properties to support the bridge. Strips of paper would be placed on you underside of the bridge, which would be put in tension as the base buckles. Place the top member under compression by arching them upward, hence displacing the applied load in a horizontal direction. Bridge construction Paper covering the base was wrapped around either end. 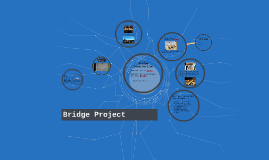 Transcript: This is our original design of our bridge Golden Gate Bridge We started making support triangles and put clothes pins on them to hold together while drying. Then we constructed the base and continued with the sides. Date due: March 7 We realized that our bridge did not have the right support on the bottom of the bridge therefor causing bottom left side of the bridge to crack. . Three bridges around the world and what makes them strong The Confederation Bridge is 8 miles long and opened in 1997. It is a multi-span beam bridge. It's concrete box girder structure is made from steel which makes it very strong. The dimensions of our bridge We modeled our bridge off of the Prince Edward Bridge in Toronto The Brooklyn Bridge is a suspension Bridge, it opened in 1883 and is 486.3 meters long. It is constructed from Steel-wire and is supported by 3,578 feet of 6 inch long wire cables which makes this bridge very strong. The Brooklyn Bridge is the first of its kind in the world. Brooklyn Bridge what went wrong with our bridge Width:11 cm Height:12 cm Length: 82 cm Submitted To: Ms Lushman Submitted By: Gavin Glasgow and Jamal Ramjohn Our bridge held 75 kilograms and weighed 1652 grams Bridge Construction Bridge Project Confederation Bridge sticker placed on bridge from Geocenter The Golden Gate Bridge is a suspension bridge, it is one mile wide and 3 miles long. It opened in 1937. The bridge is made from steel, the steel and geometry of this bridge is what makes it strong.