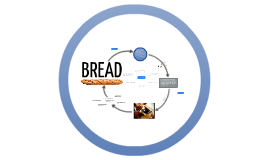 Transcript: BREAD Biotechnology!!! Bread is made using a microorgansim called yeast. The art of using these microorganisms in making food is called; Biotechnology. Making bread is very simple as yeast is one of the easiest microorganisms to control. Some other types of food made using biotechnology are: cheese, yoghurt, soy sauce, beer and wine, sauerkraut, vinegar, and various medicinal drugs. How To Make Bread!!! Heres a video just to show you how easy it really is! If the video was not clear enough, then these dot points might be. Firstly bread needs a leavening agent to make it rise. To do this we use a microorganism called yeast. The yeast reacts with the suger and flour to form air bubbles in the dough. Once the dough has been made it needs to be kneaded. Kneading distributes the yeast evenly and gives the bread a smooth texture. Once kneaded, the dough needs to be covered and placed in a warm dry place until it is almost double in size. This rising process is called proving. After proving the dough needs to be punched and kneaded again to get rid of any excess air pockets. Then another round of proving is required to make the bread nice and fluffy. Lastly the bread needs to be baked, it needs a hot oven for the dough to expand, if it does not expand enough it will turn out dense and heavy. History Of Bread!!! 1. It is thought that bread was invented over 30,000 years ago. 2. All bread at first was unleavened as the discovoury of risisng products was yet to happen. 3. The first method of making bread rise was to leave it out in the air, where naturally occuring yeast would mix with the dough, similar to how the first beer brewers made their beer. 4. Bread became a specialty as well as an important part of the everyday diet for many ancent cultures. 5. Up till the 20th century bread was aldulterated with dangerous substances such as chalk, saw dust and clay. 6. In 1928 a machine that sliced and wrapped bread was invented. 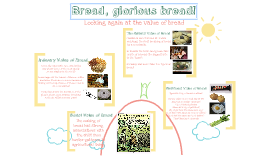 Transcript: Bread, glorious bread! Commonly made with; rye, oats, barley and wheat (some of the most widely grown staples in the World) Bread supports the trades of farmer, miller and baker (these are common surnames hinting at the importance of these roles in old communities) Bread has driven the invention of the plough, shear, seed strains, threshing methods, millstones and yeast. The making of bread has strong associations with the shift from hunter-gatherer to agricultural living Looking again at the value of bread Social Value of Bread Nutritional Value of Bread Challah (a sweet bread) at Jewish weddings; the first breaking of bread by a new family. In Russia the bride and groom take a bite of a bread (the biggest bite is the "boss"!) Germany has more than 300 types of bread! Industry Value of Bread Typical a 100g of bread contains: Energy value of 250 kcal (about the same as a regular Mars bar) 40g of Carbohydrates (same as 200g of potatoes) 13g of protein (the same as 1 egg) 7g of fibre (the same as 500g of celery) 3g of fat (the same as 4g of butter) Plus Vitamins & Minerals The Cultural Value of Bread 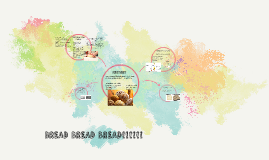 Transcript: Yeast-makes the bread rise and gives its taste and aroma. Production Stages of Yeast Bread Baking soda - Helps to make the bread rise Cream of Tartar- boosting ingredient for baking soda and naturalizes the taste of baking soda Baking Powder-ready made baking soda and tart already mixed Types of yeast Active dry yeast Quick-rise yeast Bread machine yeast Compressed fresh cake yeast Scaling Mixing and Kneading Fermenting the dough Punching down the dough Portioning the dough Rounding the Portions Shaping the portions Proofing the products Baking the products Cooling the products The Muffin Method- 1. Combine the dry ingredients. 2. Combine the liquid ingredients and the egg(s). 3. Melt the fat and add to the liquid ingredients. 4. Combine the wet and dry ingredients with a minimum of stirring. Quick Bread Mixing Methods Man discovered that adding water to the grain creating porridge—made it more palatable. Nutrients in Bread The Biscuit Method 1. Combine the dry ingredients. 2. Combine the liquid ingredients and the egg(s). 3. Cut the fat into the flour mixture until the mixture has a coarse texture. 4. Combine the wet and dry ingredients. Be careful not to over mix. Once a ball of dough forms, it can be kneaded briefly. http://seedsurvivor.com/just-for-teachers/learn-more/videos/nutrients-in-bread/ People used wild yeast to make the bread rise. BREAD BREAD BREAD!!!!!! History Fermentation is a metabolic process that converts sugar to acids, gases and/or alcohol. It occurs in yeast and bacteria, but also in oxygen-starved muscle cells, as in the case of lactic acid fermentation. The Cake Method 1. Cream the fat and sugar together. 2. Beat the egg(s) then add to fat and sugar mixture and beat well. 3. Add the sifted dry ingredients alternately with the liquid ingredients, beginning and ending with the dry ingredients. After each addition, stir to combine the ingredients then beat briefly. 4. Fold in any flavorings, fruits, and nuts. Chemical Leavening Agents At first they hard to bake bread with charcoal until the tem. was 480 degrees F. Fermentation & Yeast 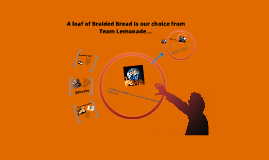 Transcript: A loaf of Braided Bread is our choice from Team Lemonade…. Cut the bread into alphabets and use them to teach children/adults who can't read. This helps LITERACY Show Compassion Educate "Give a man a loaf of bread and he eats for a day. Teach a man to bake, and his village eats for a lifetime." To CREATE VALUE, we'll use this loaf to do the following: Serve the bread to homeless people and ask them to help us serve others. This shows COMPASSION Change lives: Create small businesses and teach people in other countries how to sustain themselves and feed their village: " Break Bread Break the bread with others to unify and come together to the table despite our different belief, culture, race, etc. This symbolizes PEACE 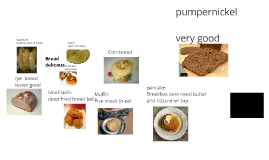 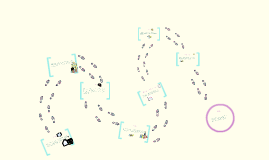 Transcript: Theft Resolve? Peace Momma told me that the merchants were stealing from people by making all the food more expensive. I think she was very brave to go in and get food for us! I sat there and watched the ladies take flour, salt, molasses, and one lady took twenty dollars in cash! Was stealing worth it? Would've they made it on own? Find out on Finn and Jake's next adventure! Crisis! Extra! Extra! Extra! Read All About It! Everything is starting to settle down, people aren't rioting anymore! I wonder when papa will get back from the war, several riots were ended by military forces... Hi! My name is James Stewart and I'm very hungry. Momma says that there isn't much food because of fights, I really don't understand what she is saying. We live next to the woods but I like walking to the stores with Momma. Hunger This man came and spoke to all the ladies that were stealing, Momma says he made sure that they would get whatever they needed! Everyone began to calm down... Today, I saw a bunch of ladies around the bakery! There had clubs, rocks, and some even had hatchets! Momma had joined the ladies and began to take food and clothing, why is she doing this? Food for everyone? Today on the newspaper they had our city on the cover! "Bread Riots" are what they called the angry women, but i heard that women are still stealing the stores...inflation still occurs. The papers are saying that more women are stealing from stores, all around the south. Sadly, we are running out of food again but Momma says we have enough to spare. We were the third riot..