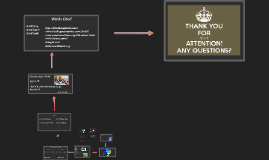 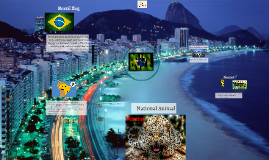 Transcript: Brazil is the largest country in South America It is called Brasil in Portuguese, the official language spoken in Brazil Brazil is the 5th largest country in the world by both land area and population Brazil covers 3 time zones Brazil flag The statue, with a height of 38 meters, was constructed from the head down, so that the head was completed first. In total, more than a thousand tons of concrete were used to build the statue. Christ the Redeemer (statue) Soccer ! Brazil's soccer team National Animal Panther The flag is green, symbolic of Brazil's lush fields and forests. Its primary feature is a large yellow diamond, symbolic of Brazil's wealth in gold, and in its center floats a blue celestial globe. Every city in Brazil has at least one soccer stadium Brazil has won the World Cup 5 times 2014 FIFA was in Brazil 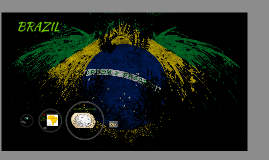 Transcript: BRAZIL Each color of the flag represents something that is found in brazil. typical dish : the blue represents the sky. the main tourist areas are : The currency in Brazil is the Real. BRAZIL FLAG and the stars represent the states and the federal distric. the yellow represents the wealth. the green represents the florest and grasslands. Its official language is Portuguese Brasil is in the southern of america. Its capital is Brazilia. types of music: tourist spots and its population is 193,946,886 capoeira 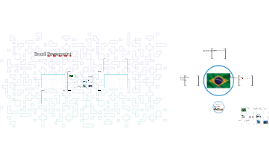 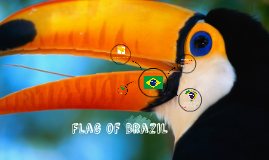 Transcript: . each color has a meaning Flag of Brazil A blue circle with 27 white five-pointed stars whose position in the flag reflect the sky over Rio de Janeiro on November 15, 1889 . ordem e progreesso green, symbolic of Brazil's lush fields and forests. primary feature is a large yellow brazilian falg