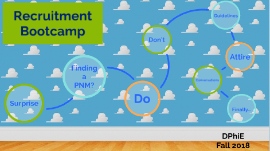 Transcript: Recruitment Bootcamp DPhiE Fall 2018 This semester's theme is....... Surprise .......... Meet her Make her your friend Introduce her to your friends Introduce her to sorority sisters Encourage her to come to events 5 Steps Finding a PNM? Expectations Set goals for our chapter Have a personality diverse chapter Choose New Members who will be an asset to the chapter Consider all conversations each PNM has had, and all sister’s opinions of the PNMs Be open and prepared to speak to all types of women Girls that will..... PNM Conversation Do's Do DO Listen to PNM Speak Positively be positive about the chapter; about life in general Always be polite and show interest Give sincere compliments, always accept compliments Ask questions that can keep conversations flowing DO PNM Conversation Do Not's Don't Don't Speak negatively about anyone, especially other sororities Interrupt PNM Talk about controversial or secretive topics Religion, politics, ritual, alcohol, boys Use profanity Leave a PNM alone Don't If asked about any of these make it about the sorority or as appropriate as possible! What campus activities is she involved in? Does she participate in campus athletics? Does she have a job/internship? WHY is she interested in a sorority? What are things that are important to her? What are her goals/ aspirations after college? What do I ask? Conversations ALSO: Make sure you ask open ended questions. This makes the convo keep going and can keep it interesting! Guidelines for all PNM Events Guidelines Guidelines ALWAYS Arrive EARLY to events Be in dress code Represent the chapter positively Be polite to sisters and PNMs Act gracefully; display good manners Allow PNMs to eat/drink before active sisters Maintain eye contact with PNMs Greet PNMs and thank them for coming Guidelines Guidelines Avoid using cell phones besides taking pictures or exchanging phone numbers with PNMs NEVER be rude to PNMs Never turn your back to a PNM Avoid touching PNMs during conversation Never frown, look unhappy, tired or bored Guidelines Unless Asked!!! Attire Attire Do Wear sisterhood badge when appropriate Wear your hair and makeup done as if you were going to a nice dinner Name tags are to be placed on the upper Left Present yourself polished and pulled together at all times Do Don't Wear too-tight or midriff-bearing tops Dresses/skirts too tight or too short Allow bra straps, panty lines or underwear to show Don't If you wear low cut shirts, Wear longer Bottoms... If you wear short dress/skirt, Wear High Neckline! Don't forget to have fun & smile!!!!!!! We are meeting potential sisters!!!! GET EXCITED WOOHOOOOOOO Finally... 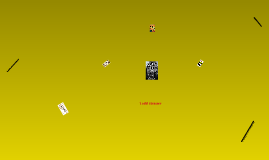 Transcript: Todd Strasser Todd Strasser was born in New York on May 5th, 1950. He studied literature in Chicago and then started his journey as a journalist. He has written 10 books including a couple popular ones like... http://youtu.be/apJrK6rDe2o http://en.wikipedia.org/wiki/Todd_Strasser http://www.elmhurst.edu/library/courses/edu/fiene/toddstrasser.html 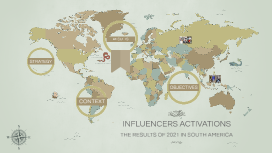 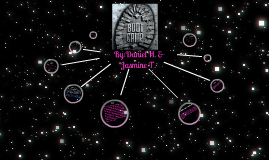 Transcript: By:Daniel H. & Jasmine T. Role:Adam was the antagonist of the story. The reason he is antagonist is because he was mean and was bullying all the teenagers in the boot camp. No one knows why he is there though. Description: Red short hair, yellow lizard teeth, a little muscle, and short. Role:Garrett is the main character, he was sent to Lake Harmony by his parents. He had a lot of bad experiences there, but also some good ones. The reason he was sent there was because he was with an older woman, skipped school, did drugs, and came home late. Desciption:Brown hair, brown eyes, tall, and a little muscular. Garrett didn't play any sports, but was really smart, so smart that he skipped grades. Conflict & Resolution: The theme of the book is that kids should be more careful on how they treat their parents and that children don't know everything, but then again, neither do adults. Character: Secondary Characters Charater: Antagonist Setting The conflict of the story is Garrett having a hard time at the Boot Camp. He doesn't get along with the other kids there, or even the "fathers" or councils. Garrett fixes the conflict by escaping with Sarah and Pauly. But sadly, that doesn't last forever. The point of view is in first person. The setting of the book is mostly at Lake Harmony, which include TI, Lunch Halls, the Infirmary, and the Living Qu. Other settings of the book are in the woods and roads leading to Canada. The plot is about a boy named Garrett going to a Boot Camp at Lake Harmony. There he gets beaten by the other kids there. He also meets two children there named Sarah and Pauly. Later on in the story Pauly talks to Garrett about escaping, but Garrett isn't 100% sure if he wants to go because everything is going good for him. Finally he decides to go because he knew Sarah and Pauly wouldn't survive out there alone. Rating:Jasmine: I will give this book a 4 star rating. I liked it because I it was interesting to see how bad a lot of people can be. I disliked it because I kinda wanted to know what happened to Sarah and Paul. I didn't find anything confusing, and nothing really made me laugh. Theme The mood of the mood makes a person angry and scared to go there. Point Of View Sarah:Role & description: Sarah has been at Lake Harmony for two years, the guardians don't discipline her because it doesn't work on her. She has black hair, very pale, and very skinny, so skinny that you can see her bones. Pauly: Role & description: Pauly hasn't been there as long as Sarah, but pretty close, he is friends with Garrett. Pauly is just like Sarah, he is very pale, and very skinny, with blonde hair. Plot Character: Protagonist Book Club Opinion Rating:Daniel: I will give this book a 3 star because it was not to good or to bad it talks about more about Garrett then the Boot camp. What made me confused was when they got Garrett naked. The part that made me laugh is when they beat up Garrett. The author of Book Camp is Todd Strasser. The genre is young adult. The publication date of the book is in May 2nd, 2007. The awards the book won was American Library, Association Quick Pick for Reluctant Readers, Georgia Peach Book Award for Teen Readers, New York Public Library Book for the Teen Age, and Abraham Lincoln Illinois High School Book Award 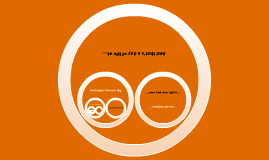 Transcript: by: Carson Bunker In the beginning, Garret gets sent to a boot camp by his parents. Inside the boot camp, he must undergo many challenges. He is beaten, fed close to inedible food, made fun of, ect. When he first arrives, he is put in a uniform containing a red t-shirt, blue jeans, and green flip-flops. When you first wake up at 6 a.m. you run a mile Then you go to a classes that you would regularly have at school After that, you go to lunch, where the food is terrible and rl's are playing over the loudspeaker Afterwards, you go to physical activities Next, you go to circle And that's a day of life at.... Boot Camp And repeat the next day ....over and over again.... ....until you get out.... 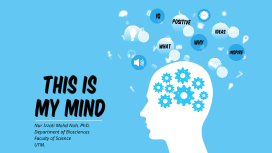 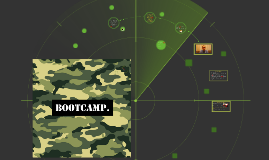 Transcript: - mandatory course - PASS / FAIL - To pass, you must be present for all sessions. Any unexcused absence may constitute grounds for review. - pleasw sign in - if you are absent due to an emergency (acute illness, car trouble, etc) please TEXT or CALL me. If texting, must confirm that I received the text - if you don't hear back from me then please call me. 908.448.8806 - excused absences (up to 1 day) will be granted by Student Affairs Time to spackle any holes in your knowledge / skills Suggested approach: Take notes Store it away Review June 30th and PRN To answer, take out your smartphone... www.prister.org choose a username (anything that identifies you) and enter password (password will change each session) More Ground Rules Ground Rules You get out what you put in... simulations, small groups, hands-on activities Think of it as your "last chance workout" #2 Goal: We are Rutgers - RWJ! Represent! A. 0 B. 1 C. 3 D. 4-5 E. More than 5 No grades, no need to impress for letters, no judgements - this is YOUR time. Poll: how many NGT or dobhoffs have you placed so far? "Under duress, people stoop to their lowest level of incompetence. There could be a gallon of latex paint, bees flying everywhere, and peanuts and strawberries, but at 3 am, nobody's gonna think of anaphylaxis." - Dr. Jeffrey Wiese Bootcamp is designed to condition you so that you are competent even at 3am. This takes deliberate practice. My idea of bootcamp is: This is the time to ask every stupid question you could ever think of!!! A. A rigorous physically challenging training course my college roommate did in ROTC B. A way to burn mega calories and sculpt my bi's, tri's, and abs C. Something the deans invented to take away my 4th year elective time D. An innovative "capstone" or summative course that is quickly becoming a national trend Answer: D The idea of "bootcamp" is becoming a national trend This is the second iteration for medicine :. your feedback is crucial Number One Goal: To help prevent common medical errors due to lack of knowledge / experience i.e. mitigate the "July effect" Remember, "the eye does not see what the mind does not know." - Dr. Salvatore Mangione