HomeTemplatesOtherBook Rose Background For A Presentation

Book Rose Background For A Presentation 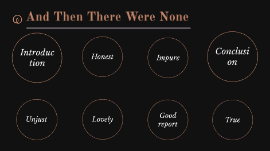 Transcript: And Then There Were None Introduction Introduction Agatha Christie writes some unjust and honest in And Then They Were None this book, but also include true, lovely, good report and pure in this classic book. partially Just partially Just some people always don't care the real thing or admit himself killed other people Injustice : The doctor always says the patient just complication resulting to died, but is he just drunk then to work. 1 the other kind of people is just say real thing, even they killed the people, they will repent. Justice: 2 Like Philip say the real thing, and admit himself doing something wrong. Honest Honest Agatha Christie is one of the best-selling authors in the UK. Her book is logically correct because she has a wealth of experience and has a great influence on the development of detective novels. Lovely Lovely 1. "An island is an independent world. Maybe it's a world you might never return. " 2. "Once you get there, the best island - you can't go any further, you have come to an end. " Impure Impure Those who do not admit to killing will still not admit it, only think of letting themselves live. 1 1.Christie novel is adapted into a drama 2.Christie is known as the "Queen of Detective Novels" 3.This book is translated into 103 languages Good report: Good report 1. Things can't just look at the surface 2. Lies are only temporary, and the truth will be solved sooner or later True True recommend reason: 1. interesting 2. Closely logical 3. popular Conclusion Conclusion 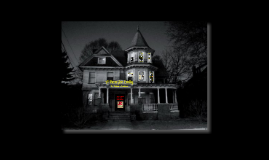 A Rose for Emily Presentation 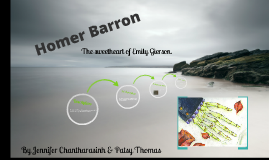 "A Rose for Emily" Presentation

Transcript: "The body had apparently once lain in the attitude of an embrace, but now the long sleep that outlasts love, that conquers even the grimace of love, had cuckolded him." His Unfortunate Death: Builds on traditions of the larger Gothic genre, typically including supernatural elements, mental diseases, and the grotesque Citation: www.wisegeek.com/what-is-the-southern-gothic-movement-in-literature.htm He worked as a foreman for a construction company that was working on the sidewalks in the town that Ms. Grierson resided. Description: Bring the atmosphere and sensibilities of the Gothic Known for damaged and delusional characters By Jennifer Chantharasinh & Patsy Thomas Job Description: The sweetheart of Emily Gierson. Homer Barron Southern Gothic: He was described as "a big, dark, ready man, with a big voice and eyes lighter than his face." "rotten beneath what was left of the nightshirt, had become inextricable from the bed and which he lay; and upon him and upon the pillow beside him lay that even coating of the patient and biding dust." Eschews the supernatural and deals instead with disturbed personality Genre originated in the late 18th century England; used in part to criticize moral blindness of the Medieval era 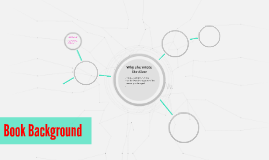 Transcript: About The Book Book Background it is dedicated to her dad her dad was losing parts of his memory as he aged She says " I didn't want it to be futuristic, the book is just about a boy making sense in a complicated world." Why she wrote The Giver 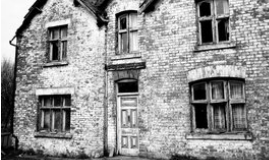 A Rose for Emily Presentation

Transcript: The "Rose" symbolizes Emily's love life (Title) The House symbolizes Emily, and how she has grown old over time ("...only Mrs. Emily's house was left, lifting its stubborn and coquettish decay... an eyesore among eyesores.") (716) Emily herself symbolizes the Old South, and how traditional she is (716) The first example of suspense is when she buys the poison. This makes the reader wonder what she needs it for. The next example is that people only go to her funeral out of curiosity. This makes the reader curious why no one likes her. The final example is that her death is predicted this makes the reader wonder why. "...the men through a sort of respectful affection for a fallen monument, the women mostly out of curiosity to see inside of her house" This story takes place in small southern town in the 1890's. It also centers around her house. It is a big, old and out of style house. It is on what used to be the best street, but now is abandoned. ¨[…] only Miss Emily's house was left, lifting its stubborn and coquettish decay above the cotton wagons and the gasoline pumps – an eyesore among eyesores¨(Pg. 716 A Rose for Emily Symbolism Foreshadowing Story by William Faulkner Presentation by: Conor Mitchell, Nick Cannon, Dalton Peters, Landon Zimmerman Setting -Buying arsenic by herself Miss Emily buys rat poisioning but refuses to tell what it is for. -Miss Emily was described as looking like a dead body. -Homer Barron was seen entering her house at dusk one night. "'Is... arsenic? Yes, ma'am. But what you want--' 'I want arsenic'" (Page 720) Suspense 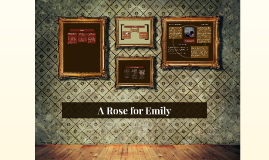 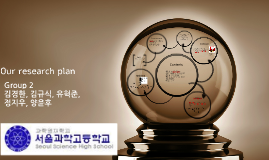 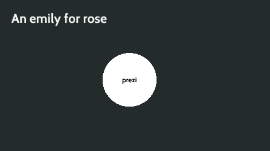 A rose for emily presentation

Transcript: An emily for rose prezi exampleas the story starts off with Emily rose dying ,the whole town went to her funeral and it was like reveled that she actually killed herself with arsenic after she killed homer with arsenic facts about william author facts (william faulker) he was like super cool and stuff and also made as i lay dying and barn burning and he born september 25th 1897 and died july 6th 1962 epic trailer le epix vid theme setting theme and settting the theme is very dark and drearery and the setting is roses house and the town she lives in pov conflict pov and conflict and character traits the point of view is 3rd person limited the conflict is more of an internal conflict with the main character investigating her death being round and Emily being more static