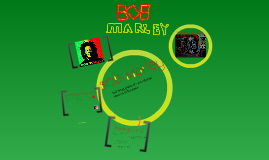 Transcript: Bob Marley background Bob Marley was born in the Northern Jamaica just outside of a small town named St. Ann, in an area named Nine Miles. Bob was brought to kingston by his father who said he was going there for an education. He was found living with an elderly couple and not in school. He started a band called "The Wailers", with Bunny Wailer, Peter Tosh and Junior Braithwaite. The first recording the band produced together was,"Simmer Down."They were very succesfull, 80,000 copies were sold of the first track. While working in Amarica he saw the evils of capitalism. when he returned to Jamaica, he began practicing the religion of Rastafarianism from then on he wore his hair in dreadlocks. Rastafarianism was apparent in the music of the wailers. Marley and the band wrote about how Africans had been oppressed. This is shown in lyrics of two of Marley's songs, Buffalo Soldier and Could You Be Loved. political philosophy The song One Love was written based on Marley's idea that every one sgould just stop fighting and come togather in one love. It is also suggested that within the song there is a deeper meaning. He talks about how evil will come to those who sin. He had strong and deep beliefs for Rastafarianism and would go to great lengths to abide by the religion. what is Rastafarianism ? Some people see rastafarianism more as a way of life than a religion. The movement is belief in the divinity or even messiahship of the Ethiopian Emperor Haile Selassie I. there is aslo an influence of Jamaican culture, and a strong pride in African heritage. Another key factor is the resestance of opression. The rosta way of life usually includes the ritual use of marijuana, avoidance of alcohol, dreadlocks, and bieng a vegitarian. Marley argued that there needed to be some sort of a revolution, one that would have to be pragmatic to work. One that would take place from within only the working class. Bob marleys music mostley reflected three things: * the need to demand justice and fairness from power elites. * a belief in going back to Africa. * he believed in tolerance rather than trying to change and judjung other individuals. There was alot of political unrest which was taking place at the time, this found its way into the lyrics of ’Get up, Stand up’ which urged people to rise and stand and fight for their rights and to no longer just go with the flow of things but to change things to what they needed to be. impact He has fought racism and urged poeple to be proud of there heritage. He encouraged people everywhere. Marley made people think about how they were treating each other. obtained recognition from political powers and changed the politics of Jamaica for forever. He encouraged people to stand up and fight againt the wrongs of this world http://www.oppapers.com/essays/Politics-Oppression-Lyrics-Bob-Marley/101607 http://www.rasta-man-vibration.com/jamaican-politics.html http://newsone.com/newsone-original/casey-gane-mccalla/top-10-most-politically-significant-bob-marley-songs/ http://www.oppapers.com/essays/Politics-Oppression-Lyrics-Bob-Marley/101607 http://www.pbs.org/wnet/americanmasters/episodes/bob-marley/about-bob-marley/656/ http://www.religionfacts.com/a-z-religion-index/rastafarianism.htm is important too had stong political views that he showed in his music 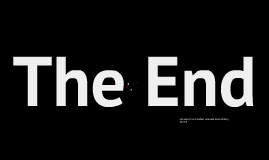 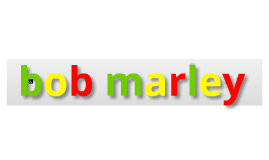 Transcript: bob marley bob marley was born febuary 4,1945 in st anna parish jamaica marley was raised in nine miles with his mom there he learned to play the guiter in the 1950s he moved to kingston and lived in trench town and was in extreme poverty but found inspiration in music there his childhood friend neville livingston and his new friend peter mcintosh formed wailing wailers in 1963 their first song "simmer down" rose to the top of the charts in 1964. around this time the band added three new members Junior Braithwaite, Beverly Kelso, and Cherry Smith. The wailers became very popular in jamaica but they had finacial problems Junior Braithwaite, Beverly Kelso, and Cherry Smith left the band and the remaining members drifted apart marley moved to america to be with his mother but before he left he married rita anderson febuary 10, 1966 after eight years of living in america he moved back to america and reunited with livingston and McIntosh and they reformed the wailers around this time marley developed a growing interest in the rastafarian movement both religous and political side ''Who are you to judge the life I live? I know I'm not perfect and I don't live to be. But, before you start pointing fingers, make sure your hands are clean'' quotes ''Live the life you love. Love the life you live'' "conquer the devils with a little thing called love" 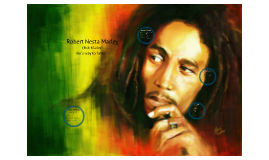 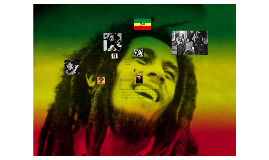 Transcript: Marley's music was heavily influenced by the social issues of his homeland, and he is considered to have given voice to the specific political and cultural nexus of Jamaica. "Your worst enemy could be your best friend, and your best friend your worst enemy." - Bob Marley a voice for people all over the world. Through his lyrics and thinking, he called for social and economical justice. He helped fund community projects and invested in schools in Jamaica. Basically, he changed the world by encouraging people to stand up for their beliefs and to believe in themselves Bob Marley was a member of the Rastafari movement, whose culture was a key element in the development of reggae. Bob Marley became an ardent proponent of Rastafari, taking their music out of the socially deprived areas of Jamaica and onto the international music scene. None but ourselves can free our minds." – Bob Marley Don't worry about a thing, every little thing is gonna be alright" - Bob Marley "Emancipate yourselves from mental slavery. None but ourselves can free our minds." – Bob Marley Pop Quiz! Who was my project on? How did Mr. Marley Change the world? What year did Mr. Marley Die in? Bob Marley helped introduce reggae music to the world and remains one of its most beloved artists to this day. Singer, musician, and songwriter Bob Marley served as a world ambassador for reggae music. He sold more than 20 million records. Bob Marley was born on February 6, 1945, in St. Ann Parish, Jamaica "Get up stand up stand up for your rights Get up stand up don't give up the fight..... Most people think great God will come down from the sky Take away everything and make everybody feel high If you know what life is worth you will look for yours on earth Now that you see the light, stand up for your rights" 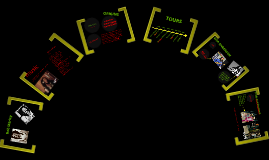 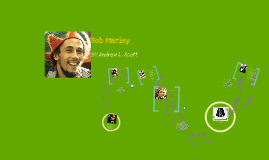 Transcript: Bob Marley, grow in a place called Trench Town Bob Marley Bob Marley’s birth place was the Jamaican mountain village of Nine Mile 1) Bob Marley was born Robert Nesta Marley on April 6, 1945 he died in 1981. Bob Marley was a Jamaican musician who popularized reggae music worldwide and became one of the most well-known exponents of the Rastafari religion. 16 years of age first single "Judge Not In the 1960s, Marley became a key promoter of what was known as "Rude Boy" music, a form of Jamaican music that spread an anti-racist, anti-colonial, revolutionary message. 1971 "Trench Town Rock 1973 and marked a milestone in the development of reggae music it was the release of the release of Catch a Fire BY Andrew L. Scott Rastafari Prophet: The dreadlocks Parents and Birth place Marley started a group with friends who would later be known as Peter Tosh and Bunny Wailer wife :Rita Anderson Bob Marley and the Wailers Stardom Andrew Scott Mother: Cedela Malcolm, 19-year-old Jamaican Marley and his kids Father :Norval Sinclair Marley 50 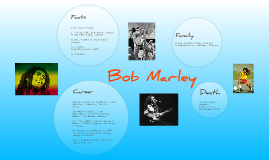