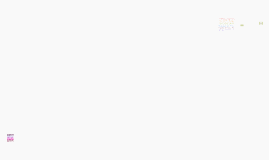 Transcript: The narrator is going to die tomorrow, and he's in jail right now. He is telling the story from jail. He is very fond of animals, and he has a black cat named Pluto whom he loves very much. Black cats are believed to be witches. The antagonist starts drinking and mistreats his wife and pets, except for the cat. He grows moody every day from his newly acquired drinking problem. The cat gets in his way, and the main character gets so angry that he cuts the cat's eye right out of it's socket! He feels sorry and sad about his cruel deed, but not a very deep-down feeling. The next day he decides to finish off the cat. So he hangs the cat! He does it right in plain sight in his backyard. He hangs the cat just because he knows it's wrong. The night he hung the cat a fire burns down his entire house, except for the basement and one wall. On that wall, there is an imprint of a cat with a hangman rope around it's neck. He comes up with a not-so-logical explanation on why this happened. The narrator says someone saw the cat and threw it into his window to wake him up so he would know that there's a fire. The imprint is there because the cat got smushed into the wall. The wall is up because it was newly plastered. A few days later, he's feeling really sad about killing his cat. He misses Pluto very much, so he's looking for a replacement cat. One night when he's walking home from the bar, drunk, he sees a cat much like his past one, except this one has a splotch of white on it's chest. He takes the cat home, and the cat adjusts very well to his house. The narrator is taking a disliking to this new cat, Which is the opposite of what he thought would happen. The disliking of the cat got worse. Once the alcohol wore off, he realized the cat only had one eye, just like his other one. The cat loves him so much, and the cat always follows the main character around, annoying him to great ends. The narrator is still mistreating his wife and the rest of his pets. He neglects to mistreat this new black cat, even though he longs to do so. One day the narrator and his wife went down to their basement on an errand. The cat got in his way, and he got so mad that he swung at the cat with an ax. Since the wife loves the cat and doesn't want the cat to die, she attempts to grab the ax from behind her husband. Well, this didn't fly with the husband. He swung the ax at her, killing her. The cat is still alive, though. The narrator knows he will be arrested for assassinating the wife, so he brainstorms ideas of where to put the corpse. The idea he decides on is to hide the wife in the wall of the basement. He thinks he's off the hook. Now he's tracking down the cat to kill him, too. The cat is no where to be found. This makes the antagonist so overjoyed. Now he can finally sleep well and take some stress off his shoulders. He's admitting to being ashamed of his crime that lead him to his death bed. He's recalling something very intriguing, the white spot on the cat's chest is in the shape of a hangman rope. The hatred of this cat grows stronger and stronger with each day. His poor wife needs to sit through all his drinking problems and him mistreating the pets and her, but the narrator says the wife is being very patient and uncomplaining. The Black Cat By: Edgar Allen Poe Prezi by: Olivia Balabanis Olivia Balabanis Black Cat Summary Four days after he kills the wife, the police come. They search the entire house from top to bottom, and the main character keeps his cool even when they investigate the basement. The police men start to leave, but then he gets cocky and basically tells the police men where he hid the body by bragging about how good the walls are made and tapping on the spot where he hid the wife. All of a sudden there's a terrible wail coming from inside the wall. The police immediately tear down the wall and find not only the corpse of the wife but the cat. He walled up the cat with the wife! He obviously gets taken to jail, and he's going to die tomorrow because of this. 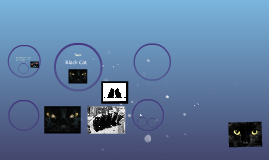 Transcript: people think they give you bad luck when a blck cat cross your path but they don't Topic Black Cat 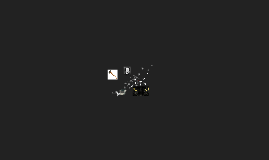 Transcript: Poe gives a sense of urgency to the story for its tone. " I blush, I burn, I shudder, while i pen the damnable atrocity (7)." The narrator tells the story with a nervous sense of urgency Imagery Single unity of effect In the short story " Black Cat" Edgar Allan Poe uses many Literary techniques to create a unity of effect. some of these are Tone, Foreshadowing, Strong Diction, and imagery Poe uses strong diction to create an effect in the story malevolence, irrevocable, destruction, and evil are words that create a scary and dark effect Poe uses imagery to create an effect. "I withdrew my arm from her grasp and buried the axe in her brain. She fell dead upon the spot, without a groan." The vivid description of the murder gives a chilling effect to the story. Poe uses foreshadowing in Black Cat The death of Pluto the cat foreshadows the murder of his wife The second cat has white spot that looks like the gallows also foreshadowing Strong diction Black Cat Foreshadowing Tone 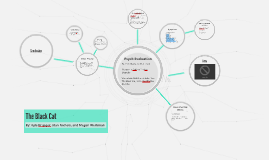 Transcript: - I withdrew my arm from her grasp and buried the axe in her brain. She fell dead upon the spot, without a groan. Conclusion By: Kyle Krueger, Stan Nichols, and Megan Workman Symptoms - Paranoid thoughts -Delusions -Hallucinations -Confusion -Disorganized thoughts -Speaking too quickly -Depression or irritability -Hyperactive or manic mood Textual Evidence Textual Evidence Which type does he have? Extra There is two different types of schizoaffective disorder. 1) Being bipolar 2) Being depressed -No exact cause - Three factors for patient are Alcohol, Brain Chemistry, and or Genes. Textual Evidence Causes for this Illness I took from my waistcoat-pocket a pen-knife, opened it, grasped the poor beast by the throat, and deliberately cut one of its eyes from the socket ! I blush, I burn, I shudder, while I pen the damnable atrocity "The fury of a demon instantly possessed me. I knew myself no longer. My original soul seemed, at once, to take its flight from my body;" Patient : Narrator (Black Cat) Diagnosis: Schizoaffective Disorder We believe that the narrator from The Black Cat, has Shizoaffective disorder What is Schizoaffective disorder? Psych Evaluation Schizoaffective disorder is when a person experiences combinations of schizophrenia symptoms, along with mood disorders. Schizophrenia is ones mind having a battle with their emotions, thoughts, and behaviors resulting in breakdowns The Black Cat Textual Evidence 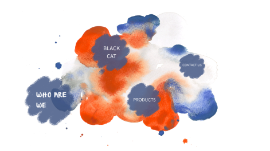 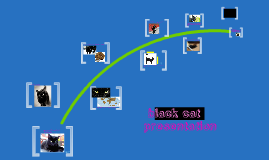 Transcript: And weigh about 11 pounds black cat presentation Black cats live all over the world Black cats give birth to living young. And have about 6-11 offspring The Felis Catus Black cat video (common)House hold black cats black cats eat grass if they have an upset stomach. But, its interesting to see Black cats are fat,cute,happy,brave,and loving. Even though these cats have all of that. They are still least likely to get adopted. By kaden cook Third hour Black cats are about 12 inches long. And 12 inches wide Black cats eat varieties of cat food Black cats tend to be very lazy. 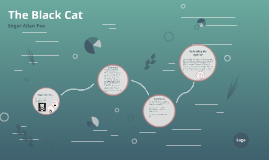 Transcript: What I learned The things that I liked was that it keep changing for where it wouldn't lose you attention. The thing that I disliked was that he stabbed the cats eyeball out and hung it. Was a famous poem writer about gothic literature. Examples Inn- an establishment providing accommodations, food, and drink, especially for travelers Manner- A person's outward bearing or way of behaving toward others. Innkeeper- A person who runs a inn. Brief Summary Edgar Allan Poe -"Tomorrow I die, and today I want to tell the world what happened and thus perhaps free my soul from the horrible weight which lies upon it." Gothic literature because he's talking about freeing is soul. - "I felt growing inside myself a new feeling." Gothis Literature because he is losing something inside of him. -"Doing some evil thing for no other reason than because he knows he should not? Gothis Literature because he's doing evil things. Gothic Literature Edgar Allan Poe Like/Dislike Gothic literature in my opinion means somethg that is scary and also something that you don't want to be around. The Black Cat Defending My Opinion Definitions He knows that he is going to die tomorrow. He also stabbs eye cats eye out then hangs it. Next he gets a new cat and one of its eye balls are gone next he kills if wife and hides her in the wall in the basement. Then he gets caught by the cops and they kill him. This is a gothic literature story. The reason why is because a dude is stabbing his cats eye out even know he loves it, and then he hangs it in the basement. Next he gets another cat but in to even has one eye missing so he trys to get rid off it but his wife won't let him so he kills her to and hides her in the wall where a old fire place was. I learned that no matter what you do or how good your at it. Some one will always be better and they'll beat you out of it. Logo 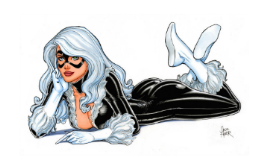 Transcript: Real name is Felicia Hardy Black Cats enemies and allies Enemies are Arcade, Blaze, Fly, Aria, Blob, and more Her allie is mostly Spiderman Expert burglar, speed, agility, endurance, night vision, super human strenth and more Black Cat got her powers by having bad power and now she can give people bad powers Black cats super powers/ Special powers are: Ninja Cat reflexes Black Cat Black Cat is a Burglar Relationship with Spiderman Black Cat is cheating on Spiderman with Flash and others. Black Cat is a part of Marvel Spiderman is her boyfriend