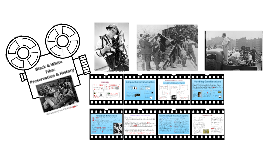 Transcript: By Katherine Jones & Haley Songchild All film stock has the same structure, which consists of two primary layers, the base and the emulsion. The base is thick, transparent, plastic, and provides support for the emulsion. The emulsion is thin and “…carries photosensitive materials in a gelatin binder. Both the base and the emulsion are subject to decay” (NFPF, 2004, p. 8). To guard the original film artifact from unnecessary handling, archives can create surrogate copies (NFPF, 2004). Storage Considerations Because of its instability, reformatting film onto more stable stock is the best option for preservation. In fact, for film, duplication and preservation are sometimes thought of as the same thing. Long-term Protection: In order to safeguard the original film artifact over the long term, preservationists can create a master film copy onto polyester film stock. This “master” replicates the visual and aural content and can be used to create more copies without returning to the original. The copies of the “master” are surrogates and are used for exhibition, research, and loan. The original is then protected in cold storage, where physical decay is slowed. “The four major film archives in the United States all keep original materials” (Nichols & Smith, 2001, p. 37). However, this strategy is costly and time-consuming. Access Copies: Access copies are created for public use. In order to create easily accessible and viewable copies, film stock can be copied to analog VHS videotape. This strategy is relatively cheap and the VHS videotape is acceptable for 20-30 years. The film can also be copied to digital videotape called Digital Betacam, which can be replicated without significant loss and is easier to copy to DVD and other media. However, this strategy is much more expensive, and digital is not yet a practical film preservation solution. The most common strategy is still to copy old film onto new film stock and store it in a cold, dry vault. Because of its expense, preservationists sometimes have to select which titles warrant a more aggressive preservation strategy. The factors for choosing artifacts include, “…the film’s historical significance and uniqueness as well as research demand, availability of funding, and institutional priorities” (NFPF, 2004, p. 44). Treatment Options The following are the most common treatment options for damaged film: Wet-gate Printing: During the film duplication process, many defects can be carried over in a regular “dry printing” lab. With wet-gate printing, film is temporarily immersed in a chemical bath, which fills in scratches. Optical Printing: This option works like a projector. The printer projects the image through a lens and copies the film to unexposed stock, frame by frame. This method is also used to duplicate film to different formats and duplicates shrunken film. Restoration: Restoration involves reconstructing a specific version of the film by “…comparing all known surviving source materials, piecing together footage from these disparate sources into the order suggested by production records and exhibition history, and in some cases, enhancing image and sound to compensate for past damage” (NFPF, 2004, p. 4). Film restoration always involves duplicating the original artifact. Digital Image Restoration: In this strategy, the film is scanned to a digital file. Imperfections are corrected digitally, and then the images are output back to film stock or video. This process is very expensive. Digital Sound Restoration: In this process, the film soundtrack is transferred to a digital file, where anomalies are corrected. Then the restored file is output back to the film. Re-dimensioning: This process is for severely shrunken film and involves a chemical treatment that affects the plastic. After treatment, the film is returned to a relatively normal size, and then it is fed through a printer before the chemical wears off. However, this is a very destructive process and should be used only when there are no other options. Prevention: The most important factor for treating film is proper storage. By adhering to the previous storage guidelines, preservationists can buy valuable time until funding becomes available for more aggressive preservation strategies. Film preservation is an ongoing process as standards and techniques improve, and film needs continual care to extend its life. On-site for researchers: Film, video, or digital copies are used for on-site exhibition and research. VHS copies are inexpensive, convenient, easy to use, can be readily replaced, and researchers can play tapes without supervision or instruction. Internet exhibition: Some films are available for viewing on the library of congress website at www.loc.gov. Other online exhibits include the “History and Motion” exhibit, which includes a famous early film, The Great Train Robbery (1903) http://www.eyewitnesstohistory.com/himmenu.htm. The University of California, Los Angeles (UCLA) Preserved Silent 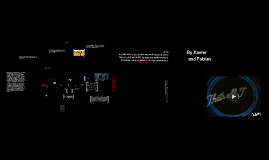 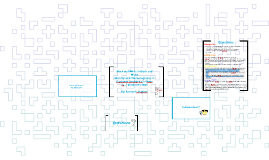 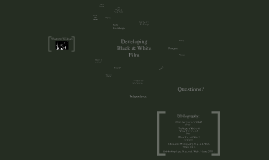 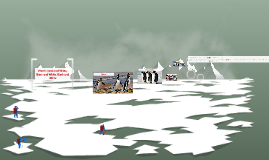 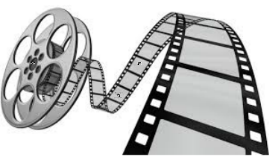 Transcript: The colors you may think you're looking at may not be as it seems... Black and White Film Makeup By Kristina Day Blonde hair photographing too dark, light blue eyes photographing nearly white and cloudy skies filming flat white Because of how the black and white effects how color is perceived The film stock was sensitive to the blue-violet end of the visible spectrum but insensitive to the yellow-red end, which meant that it registered reds and yellows as black and light blues as white. 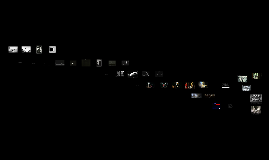 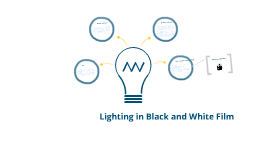 Transcript: Testing! Since shooting in black and white was all about the different shades of the colors, the main thing directors had to do was test every aspect of film(make up, props, ect.) and make adjustments on where the light was shining based on if things need to be lighter of darker. The Maltese Falcon Film Characters in Black and White Early directors had to be especially careful with lighting, as film as in black and white. The sets, which my have looked good live and in color, did not always translate well in black and white. Directors had to use lighting techniques to show contrast between and highlight costumes, make up, ect. Film Noir Techniques General Techniques Why? Hero Portrayal- The hero would normally be shown in a glowing, strong light Villain Portrayal- Normally cast in shadow cinematic elements- suspense- switching lighting on characters as to be unsure of good or evil, using blinds to create striped shadows on a character's face 1.Creating contrast by using a large, low key and only adding smaller lights is necessary to avoid creating too many gray. Film noir was known for its high contrast through dramatic shadows and bright lights. 2. Choose a filming location where shadows and lighting variations exist naturally, like a long street with streetlights. 3. Create strong contrast by either adjusting the aperture and F-stops the camera or increasing the intensity of the harshest light source Lighting in Black and White Film Examples from Popular Films