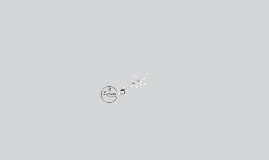 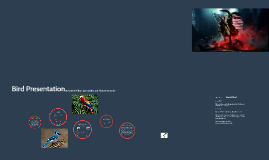 Transcript: Birds belong to the kingdom Animala. Anamalia is composed of multicellular, eukaryotic cells. Basic Bird Facts Birds are part of the Animala kingdom. Like most animals birds have tissue and basic organs. Birds fall under the vertebrate category because they have a backbone. Also they have hollow bones which helps them fly. Birds feed by mashing and mixing the food in their stomache. The stomache does to birds what teeth do to humans. Birds are also warm blooded and there are over 10,000 different species. Endangered Here are some examples of endangered and extinct birds. Pingeons, Sparrows, Crows, Gulls, House Finch, Blue Jay, Canada Goose, Cedar Waxwing, Mallard, Northern Cardinal, Class Extinct and Engangered Birds Birds belong to the class Aves. Aves' are feathered, winged, and two legged. These are the most common birds in the Desert, Grassland, Urban/Suburban, and the Woodland. There are many bird species that have gone extinct over the years, but here are some examples. Choiseul crested pigeon Mauritius blue pigeon Norfolk kaka Woodpecker, Goldcrest, Greenfinch, Jay, Crossbill, Linnet Desert A Bird's Digestive System Bird Environments The bird's digestive system is integral in keeping the bird healthy and nourished. Some birds will starve within hours if they don't eat food. The type of beak and tongue depends on the type bird, such as a vulture will have a very strong beak made to tear flesh, wear a bluejay's beak would not be that strong. The stomache then churns and mushes the food so it can be digested. Birds are in the order Passeiformes, which more than half the birds in the Aves class are in. Greater Roadrunner, Gila Woodpecker, Costa's Hummingbird, Turkey Vulture Grassland Urban/Suburban Work Cited Extinct Phylum Kingdom Woodland Birds belong to the Phylum Chordata. Chordates are animals possessing a notochord, a hollow dorsal nerve cord. wikipedia.org eoearth.org https://web.stanford.edu/group/stanfordbirds/text/essays/Urban_Birds.html nature.org http://www.fernbank.edu/Birding/digestion.htm http://www.treehugger.com/slideshows/endangered-species/14-north-americas-most-endangered-birds/page/1/#slide-top http://en.wikipedia.org/wiki/List_of_recently_extinct_birds Order By Andrew Killian, Dan Guider, and Michael Bernardo Some reasons for endangerement are industialation, destruction of habitat, and hunting. Some endagered birds are: Golden Cheeked Worbler California Condor Orange Bellied Parrot Bird Presentation Bobolink, Dickcissel, Greater Prarie Chicken, Henslow's Sparrow 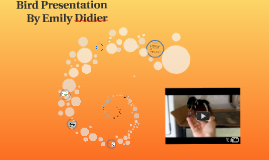 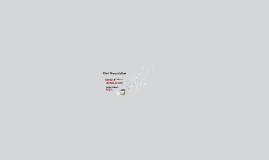 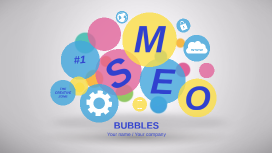 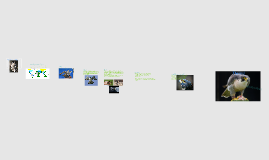 Transcript: Where does he comes from ? The Peregrine's breeding range includes land regions from the Arctic tundra to the tropics. It can be found nearly everywhere on Earth, except extreme polar regions, very high mountains, and most tropical rainforests Size The Peregrine Falcon has a body length of 34 to 58 centimeters and a wingspan of around 80 to 120 centimeters .Males weigh 440 to 750 and the noticeably larger females weigh 910 to 1,500 grams. The female is up to 30 % larger than the male. Color The back and the long pointed wings of the adult are usually bluish black to slate grey. The white to rusty underparts are barred with thin clean bands of dark brown or black. Food The Peregrine Falcon feeds almost exclusively on medium-sized birds such as pigeons and doves, waterfowl, songbirds, and waders. In North America, prey has varied in size from 3-g hummingbirds to a 3.1-kg Sandhill Crane. Special Facts They can also go to a speed of 325 km/hour. The peregrine falcon is considered the fastest animal in the world. I decided to do my presentation on this falcon because it is my favourite bird since I was only a child and I like no mercy killers just like the Peregrine Falcon when he is hunting. Nom Nom Nom ! Why did I chose this bird ? When the falcon is hunting, he hit one wing of its prey so as not to harm himself on impact. The peregrine falcons are used in airport to scare the seagulls away because they can go in the wings motors and cause an airplane crash. The end The Peregrine Falcon !!! 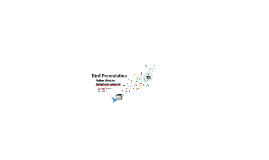 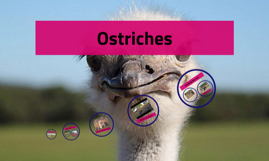