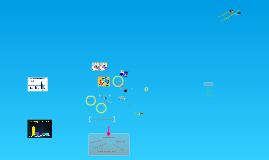 Transcript: Does your child have intense mood changes? What is Bipolar Disorder? mania depression The causes genes abnormal brain structure Brain function anxietys Symptoms of mania of depression Treatment Medication Therapy How to help Child or Teen patient listen encourage them to talk help them have fun help them understand themselves and thier treatment why be concerned? Because its in the School. eat to little or to much Mental illness marked by periods of great excitement, euphoria, delusions, and overactivity. hello no interest in activities short temper communicate complain about pain alot like stomach aches or headaches feel guilty or worthless talk really fast about a lot of different things trouble sleeping but not feel tired think about death and suicide little energy accommodations stress management structured classroom problem solving skills feel very sad Bipolar Disoder: Research in Children and Early Teens act in a way thats unusual do risky things Bipolar Disorder: Children and Teens A condition of mental disturbance, typically with lack of energy and difficulty in maintaining concentration or interest in life. mental health provider 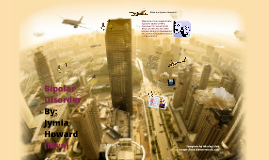 Transcript: Common Medications for Bipolar Disorders: Lithium Anticonculsants Antipsychotic drugs Calcium channel blockers Benzodiazepines Antidepressants Paxil, Prozac, Luvox, and Zoloft for Bipolar Disorder Interesting Facts: Total Number of Adults with Bi-Polar 5.7 million Total percent of people that suffer from BiPolar disorder 5% Average Age of Bipolar Onset 25 years old Percent child will get Bi-Polar when 1 parent has it 23% Experts believe bipolar disorder is partly caused by an underlying problem with the balance of brain chemicals called neurotransmitters. A multitude of controlled studies of bipolar patients and their relatives have shown that bipolar disorder does run in families. Perhaps the most convincing data comes from twin studies. There is also growing evidence that environment and lifestyle issues have an effect on the disorder's severity. Stressful life events -- or alcohol or drug abuse -- can make bipolar disorder more difficult to treat. Disorder used to be known as manic depressive disorder or manic depression. It's a serious mental illness, one that can lead to risky behavior, damaged relationships and careers, and even suicidal tendencies -- if its not treated Causes of Bipolar Disorder There are four types of mood episodes in bipolar disorder:mania, hypomania, depression, and mixed episodes. Each type of bipolar disorder mood episode has a unique set of symptoms. Feeling hopeless, sad, or empty. Irritability ,Inability to experience pleasure ,Fatigue or loss of energy, Physical and mental, sluggishness, Appetite or weight changes ,Sleep problems ,Concentration and memory problems, Feelings of worthlessness or guilt, Thoughts of death or suicide. Bipolar Disorder By: Jymia Howard (Mya) Medications/Intersting Facts Symptoms... Template by Missing Link Images from Shutterstock.com What is a Bipolar Disorder? 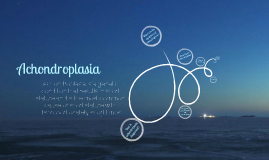 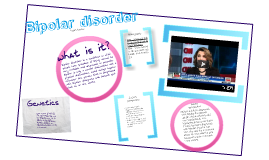 Transcript: Bipolar disorder what is it? Genetics bipolar happens in both men and woman equally and runs in families. parents with manic depression increases risk for children to have bipolar. through a period of testing the disease gene is on chromosome 21,4,13,18, and the x chromosome. doctor's perspective each patient that is diagnosed with bipolar will have different doses and different types of medicine depending on how severe it is. it takes many trials to find the correct medicine and the right dose for the patient. parent perspective bibliography (cc) photo by Franco Folini on Flickr bipolar disorder is a condition in which people have episodes of being normal to very irritable and depresed in seconds. bipolar is only a mental disfunction not a phyisical disfunction. mood swings happen whenever the person that is diagnosed with bipolar; disagrees and doesnt get what he or she wants. (cc) photo by Metro Centric on Flickr (cc) photo by Metro Centric on Flickr logan bowles http://www.youtube.com/watch?v=U0GstzQbNnA// http://www.ncbi.nlm.nih.gov/pubmedhealth/PMH0001924/ When a child is diagnosed with bipolar the parent's quickly find a solution, said Mrs. Vanderbeck. Mrs. Vanderbeck has a son that is 11 and has been diagnosed with bipolar since he was four. She said she is worryed about him the older he gets because he gets more and more violent. (cc) photo by jimmyharris on Flickr 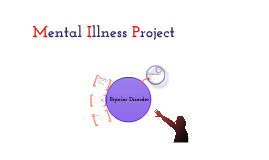 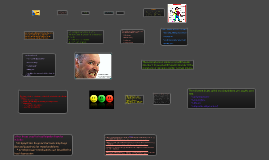 Transcript: Bipolar disorder is a condition in which people go back and forth between periods of a very good or irritable mood and depression. The "mood swings" between mania and depression can be very quick. A mild form of bipolar disorder called cyclothymia involves less severe mood swings. People with this form alternate between hypomania and mild depression. People with bipolar disorder type II or cyclothymia may be wrongly diagnosed as having depression. Types of Bipolar *Life changes such as childbirth *Medications such as antidepressants or steroids *Periods of sleeplessness *Recreational drug use Cyclothemia Bipolar type II Many factors are involved in diagnosing bipolar disorder. The health care provider may do some or all of the following: *Ask about your family medical history, such as whether anyone has or had bipolar disorder * about your recent mood swings and for how long you've had them *Perform a thorough examination to look for illnesses that may be causing the symptoms *Run laboratory tests to check for thyroid problems or drug levels * Talk to your family members about your behavior * Take a medical history, including any medical problems you have and any medications you take * Watch your behavior and mood Other drugs used to treat bipolar disorder include: *Antipsychotic drugs and anti-anxiety drugs (benzodiazepines) for mood problems * Antidepressant medications can be added to treat depression. The depressed phase of both types of bipolar disorder includes the following symptoms: *Daily low mood or sadness *Difficulty concentrating, remembering, or making decisions *Eating problems -Loss of appetite and weight loss -Overeating and weight gain Very elevated mood * Excess activity (hyperactivity) * Increased energy * Racing thoughts * Talking a lot * Very high self-esteem (false beliefs about self or abilities) *Bipolar type I *Bipolar type II *Cyclothemia Bipolar type I These symptoms of mania occur with bipolar disorder I. In people with bipolar disorder II, the symptoms of mania are similar but less intense. *Fatigue or lack of energy *Feeling worthless, hopeless, or guilty *Loss of pleasure in activities once enjoyed *Loss of self-esteem *Thoughts of death and suicide *Trouble getting to sleep or sleeping too much *Pulling away from friends or activities that were once enjoyed The following drugs, called mood stabilizers, are usually used first: *Carbamazepine *Lamotrigine *Lithium *Valproate (valproic acid) In most people with bipolar disorder, there is no clear cause for the manic or depressive episodes. The following may trigger a manic episode in people with bipolar disorder. *Very involved in activities *Very upset (agitated or irritated) People with bipolar disorder type II have never had full mania. Instead they experience periods of high energy levels and impulsiveness that are not as extreme as mania (called hypomania). These periods alternate with episodes of depression. Citations Basile, M. (2005). Bipolar Disorder. In B. Narins (Ed.), The Gale Encyclopedia of Genetic Disorders (2nd ed., Vol. 1, pp. 166-170). Detroit: Gale. Retrieved from http://go.galegroup.com/ps/i.do?id=GALE%7CCX3451500062&v=2.1&u=mlin_c_tss&it=r&p=GPS&sw=w Sobieski, S. (2010, March-April). Not a life sentence: bipolar symptoms can lessen with age. Psychology Today, 43(2), 19. Retrieved from http://go.galegroup.com/ps/i.do?id=GALE%7CA220764815&v=2.1&u=mlin_c_tss&it=r&p=GPS&sw=w Shaghaghi, M. (2009, September-October). Bipolarity's hidden hazards: multiple causes of early death. Psychology Today, 42(5), 31. Retrieved from http://go.galegroup.com/ps/i.do?id=GALE%7CA219821257&v=2.1&u=mlin_c_tss&it=r&p=GPS&sw=w Seeking cures for adult bipolar disorder. (2011, September 12). Crain's Detroit Business, 27(38), 0031. Retrieved from http://go.galegroup.com/ps/i.do?id=GALE%7CA267063078&v=2.1&u=mlin_c_tss&it=r&p=GPS&sw=w People with bipolar disorder type I have had at least one manic episode and periods of major depression. In the past, bipolar disorder type I was called manic depression. Reckless behavior and lack of self control *Binge eating, drinking, and/or drug use *Poor judgment *Sex with many partners (promiscuity) *Spending sprees The manic phase may last from days to months. It can include the following symptoms: *Easily distracted *Little need for sleep *Poor judgment *Poor temper control 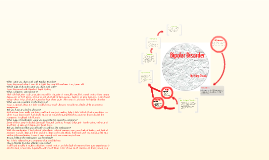