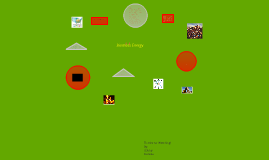 Transcript: Biomass Energy Pros: Wood -when we receive heat from biomass energy through wood, it is stored solar energy Alcohol -during distillation, biomass fuel, such as corn, is changed to an alcohol such as ethanol. -ethanol can be mixed with another fuel, such as gasoline, which cuts down the amount of fossil fuel needed to produce gasoline - fluid biomass fuels are more efficient and have more uses than solid biomass fuels do Garbage -since humans throw away tremendous amount of burnable garbage away it can be burned in large quantities -if more grabage were to be used for fuel, human dependance on fossil fuels would decrease -it is a cheap source of energy and helps reduce the amounts of material dumped into landfills -heat is produced when garbage is burned, which turns water into steam, which turns turbines (turbines run generators to produce electricity) Cons: Wood -gases and small particles are released when wood is burned ( this pollutes the air) -the wood needed to burn destroys natural habitats Alcohol -growing the corn that is changed to alcohol and distilling the ethanol often uses more energy from burning fossil fuels then the amount of energy that is derived from burning ethanol Garbage -burning municipal waste can produce toxic ash residue and air pollution -heavy metals and other substances could find their way into the smoke from the garbage then into the atmosphere We access biomass energy by burning organic materials. The term biomass comes from the words biological and mass. Thanks for Watching! By: Gabby Dumsie Examples of use: It can be used from burning wood to create heat energy. It can be used from alcohol to create gasohol, which is used in the same way as gasoline. It can be used from garbage. When garbage is burned, heat is produced, which turns water into steam. The steam can be used to turn turbines that run generators to produce electricity. Definition: Energy derived from burning organic materials, such as wood, alcohol, garbage. Here is more about Biomass Fuels 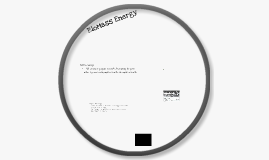 Transcript: BioMass Energy BioMass Energy: Fuel obtained by organic materials; also burning the gases realsed by decomposing organic materials and organic materials. Examples of BioMass Energy: The main source of BioMass is wood we burn it to create energy; as in heat for homes and in some countries for cooking. Crops (switch-grass, corn, sugarcane) are used to produce ethanol to fuel vehicles. Algae is being harvested to replace oil. The advantages: There is approximately 14o billion metric tons of biomass produced every year. Alcohols and other fuels produced by the biomass are efficient, and clean-burning. Available throughout the world . The disadvantages: Biomass crops not available all year. They are seasonal crops. Trees are also a slow growing resource even though they are renewable. Biomass collection is difficult. 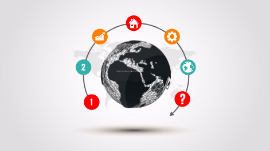 Transcript: https://en.wikipedia.org/wiki/Photovoltaics Photovoltaics (PV) is the conversion of light into electricity Introduction 1 Title Present all the details Second Topic 2 #1 Important Detail #1 #2 Important Detail #2 #3 Last but Not Least #3 Suitable for Many Presentation Topics All separated design elements Customize: The World is Watching Where are You? ? Question Time? Thank Your Audience! Goodbye Now!

Transcript: Biomass Energy Biomass energy is the burning of organic material to get energy. Plant matter and manure are examples of fuel used to make energy at a biofuel plant. Biomass power generators often use what would otherwise be waste material as fuel. This provides energy while reducing the environmental impact of waste disposal. For example, wood and paper scrap can be used to produce fuel pellets. That means the material produces energy instead of going to a landfill. Another example: herds of cattle produce a tremendous amount of manure as well as methane in the form of flatus. Biomass techniques process the manure and capture the methane in ways that produce energy while minimizing environmental impact. The waste from paper production can be burned for energy. The lumber cleared for farmland can be burned for more energy. 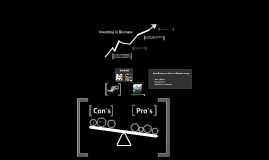 Transcript: What is Biomass? cost effective. Usually the energy is generated and supplied in the same area which means large pipelines are not required it helps in solid waste management. Incineration of biological waste cuts down the levels of expulsion of carbon into the atmosphere plenty of organic waste generated everyday making biomass easily available biomass energy is renewable some gases such as methane, carbon-dioxide and nitrous oxide are emitted into the atmosphere during biomass production the ethanol produced during the process may increase the levels of nitrogen oxide in the atmosphere. to set up a biomass plant it requires a large amount of space and to recycle the waste it requires a large amount of water. The investment costs for bioenergy power plants can be as low as few hundred US$ per kW and as high as several thousand US$ per kW the capital cost of building a biomass-fired steam-turbine plant is about $2000-2500 per kW Projected total costs to generate electricity from biomass gasifier/gas-turbine combined-cycle systems range from 4.0-7.0 US cents/kWh Once you create a surplus of energy you can then sell it the general public or sell it as private equity to earn extra profit 2nd step Electrical power is created Local Businesses that use Biomass energy Pro's Burn Feul steam turns turbine Turbines turn generators 1st step Start Amico Farms Mucci Farms Can-Pol Greenhouses 4th step Raw Materials BIOMASS Finished product Final step Investing in Biomass 3rd step Con's Heat Water To make steam Energy is created for the plant, home, workshop etc. The excess power can be sold for additional profits

Transcript: Biomass Biomass is renewable biological material from living, or recently living organisms. Biomass can be either used directly, or converted into other energy products such as biofuel. Heat can be used to convert Biomass into another energy source such as thermal energy. It is renewable, and is potential energy because it is stored energy. When one form of energy is transformed to another, no energy is destroyed in the process. The form of energy is electrical and thermal. Law of Conservation of Energy