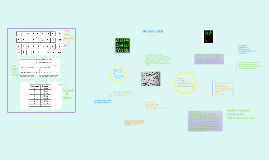 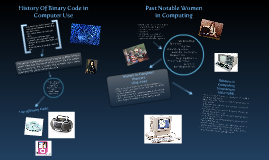 Transcript: History Of Binary Code in Computer Use Computers are digital devices and work on the principle of the binary number system. The work is based on zeros and ones. Computers works like light switchers, and each light switch operates just a single light bulb. ON or OFF. These are known as binary digits or bits. "Book of Changes" Life could be simplified or reduced down to a series of straightforward propositions. Use of Binary Code: Past Notable Women in Computing Woman have been contributing to the world of computing before there were even eletronic computers. Many women in charge of calculations, solving complex equations and producing tables. Ada Lovelace described as the first computer programme. Hedy Lamarr co-inventor of an early form of spread spectrum broadcasting. Betty Snyder, Fran Bilas, Kay McNulty, Marlyn Wescoff and Ruth Lichterman are the origianl programmers of the ENIAC. Grace Hopper first programmer of the "Mother of COBL". The German mathematician and philosopher Gottfried Wilhelm Leibniz introduced the idea of binary code in the 17th century. He was trying to find a system that converts logic's verbal statements into a pure mathematical one. Ròsa Pèter Erna Schneider Hoover Edith Clarke Grace Murray Hopper Jean E. Sammet known as developer of FORMAC programming language. Mary Allen Wilkes known as computer programmer of LAp and LINC. Barbara H. Liskov is the first American female Doctorate of Computer in Science. Karen Sparck Jones, pioneer of information retrieval and natural language processing. Carol Shaw becomes a game designer and programmer of Atari Corp and Actision. Adele Goldberg is one of the developers and designers of the Smalltalk language. Roberta Williams complets groundbreaking work in graphical adventure games for personal computers. Susan Kare created the icons and many interface elements for the original Apple Macintosh. Women in Computing Innovations 1962-1988 Margaret R. Fox Alexandra Illmer Forsythe Women in Computer Pioneers 1842-1949 Joan Margaret Winters Evelyn Boyd Granville Alice Burks Ada Byron King 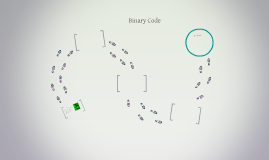 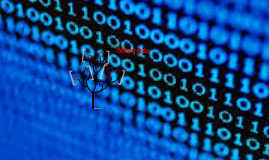 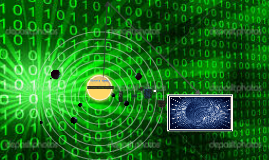 Transcript: Contents Page : What is a binary code. Binary number. Examples of binary code. How transform binary code to decimal code? History of binary code. Photos about the binary code How transform binary code to a decimal code? The modern binary number system, the basis for binary code, was discovered by Gottfried Leibniz in 1679 and appears in his article Explication de l'Arithmétique Binaire. The full title is translated into English as the "Explanation of the binary arithmetic", which uses only the characters 1 and 0, with some remarks on its usefulness.Leibniz's system uses 0 and 1, like the modern binary numeral system. Leibniz encountered the I Ching through French Jesuit and noted with fascination how its hexagrams correspond to the binary numbers from 0 to 111111, and concluded that this mapping was evidence of major Chinese accomplishments in the sort of philosophical mathematics he admired. Leibniz saw the hexagrams as an affirmation of the universality of his own religious beliefs. A binary number assigns a bit string to each symbol or instruction. For example, a binary string of eight binary digits can represent any of 256 possible values and can therefore correspond to a variety of different symbols, letters or instructions. Examples of binary code : The Braille Bagua Ifa divination Morse Code By Tomas Molto Alfonso What is a binary code? A binary code represents text or computer processor instructions using the binary number system's two binary digits, 0 and 1. A binary code assigns a bit string to each symbol or instruction. The transformation is first :C program to convert decimal to binary: c language code to convert an integer from decimal number system(base-10) to binary number system(base-2). Size of integer is assumed to be 32 bits. We use bitwise operators to perform the desired task. We right shift the original number by 31, 30, 29, ..., 1, 0 bits using a loop and bitwise AND the number obtained with 1(one), if the result is 1 then that bit is 1 otherwise it is 0 Binary code The history of binary code Binary number s Example of the transformation of the binary code to decimal code :: 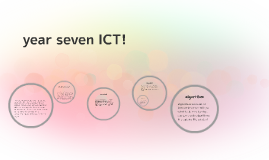 Transcript: Scratch is a program that is used to make animations, programs, games and wayy more! These few terms we covered algorithms and variables! we made our own game and a calculator game that can add subtract divide and times numbers! - ] - ] outputs are something that displays data on the screen examples may be screen monitor speakers and printers! don't forget scanners outputs! what is binary? binary is the code of computers. it is called binary because bi means two and nary i think (i ain't no computer-language geek) means number binary only goes up to 1 so this makes perfect sense! the numbers binary has is 0 and 1 and it goes up in doubles: 1 2 4 8 16 32 64 128 it only uses 2 digits Scratch algorithms are a set of instructions that tell you what to do step by step. you can create algorithms in programs like scratch! algorithm inputs may include but are not limited to: keyboards, mouse, microphone, scanner and joysticks! inputs are things that go into the computing system i have learned,in this term, how to add and subtract, binary and denary (our number system). i also learned how to do algorithms which are sets of precise instructions. we used scratch to exercise our skills and to help us understand them and use them dinary is the number system we use and 11 digits. year seven ICT! inputs! 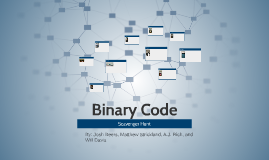 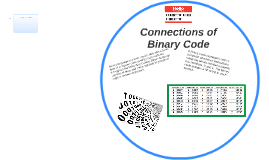 Transcript: Evolution of Computers Connections of Binary Code A binary code represents text or computer processor instructions using the binary number system's two numbers, 0 and 1. The binary code assigns a bit string to each symbol. Connections of Data Manipulation Binary language is a term used to describe a basic form of computer code used by many cultures throughout the Milky Way Galaxy. Binary language consists of ones and zeros, typically in groups of eight or sixteen characters.