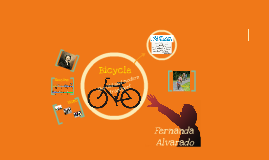 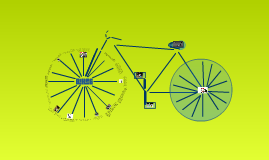 Transcript: Bikes since then bicycles have remained unchanged at least the meaning and representation has but the frames wheels and other components have evolved a lot over the years we have altered the frames on bikes to create smoother rides for women we have bikes with lower frames to allow them to be more comfortable there have even been insane ideas for bicycles such as: The eliptical gear: there was once the idea of making the main gear (the one with pedals) eliptical or oval instead of round, this was a good idea because you created more torque per rotation but it isnt used today because the chain would lock up too much on the strange gear the newest innovations and ideas are as crazy and ingenious as the eliptical gear bikes with gear systems were introduced in 1869 for people who enjoy offroad we added suspension to he front fork and main diamond to allow for a fun experience and less road rash In 1893 the design of the bicycle was changed to the modern diamond-pattern frame with a roller chain and pneumatic tired wheels. in 1839 a man by the name macmillin made a bike with a system of pedals to move the rear wheel for the people who live in the city and dont have room for a full-size bike we have folding bikes The first "normal " bike with a chain was made by H.J. Lawson in 1874 and was called the safety bicycle The bicycle has been one of the most innovated inventions as it started out as a wooden device without gears chains or pedals this design was the face of the bike from 1790 to 1839 In 1870 James Starley made a bike with a large front wheel and a small back wheel and pedals on the front wheel, this bike is known as the penny farthing bike 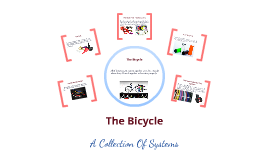 Transcript: The inner tubes allow the tire to move because of the air placed in them. The inner tubes would not work without tires. The inner tube and tire system go hand in hand just like the pedal and chain. The Seat All of these systems come together to make a bicycle where they all work together to function properly. The handle bar system gives the rider support and allows the rider to ride with ease and without falling off. Pegs are not a necessary part of a bike but, they do help. Pegs are great for letting another person ride with you or for doing tricks. The Seat on the bike isn't necessary but, it allows the rider to ride comfortably and with ease. The seat also allows the rider to ride a lot longer than without a seat standing up. The Handle Bar System The Bicycle The Peg System The Chain And Pedal Systems The Bicycle The chain system allows the rider to move the wheels when pedaled. The pedal and chain systems work hand in hand. When force is put on the pedals the bike moves. The Inner Tube And Tire Systems A Collection Of Systems 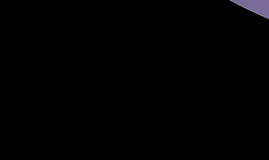 Transcript: Baron von Drais invented the first bike 1850 1865 The Velocipede "Boneshaker" 1817 before the bike there were very few ways to get transportation. walking was a cheep way to do it but it was very slow. cars are a lot faster than walking but they are very expensive. bikes are a cheep and efficient form of transportation. While the men were risking their necks on the high wheels, ladies, confined to their long skirts and corsets, could take a spin around the park on an adult tricycle. These machines, also afforded more dignity to gentlemen such as doctors and clergymen. Many mechanical innovations now associated with the automobile were originally invented for tricycles like the rack and pinion steering, the differential, and band brakes. Bikes Delivered. Digital image. About Bikes. Wheels4life, 2006. Web. 23 Sept. 2012. <http://www.wheels4life.org/bikes/>. The most important development of the product is making the bike medal. This made the bike more stable and comfortable. The engineer that made this innovation had to realize that there was a problem with the bike and had to research what would be the best solution. Introduced just after the First World War by several manufacturers, such as Mead, Sears Roebuck, and Montgomery Ward, to revitalize the bike industry. These designs, now called "classic", featured automobile and motorcycle elements to appeal to kids who, presumably, would rather have a motor. If ever a bike needed a motor, this was it. These bikes evolved into the most glamorous, fabulous, ostentatious, heavy designs ever. It is unbelievable today that 14-year-old kids could do the tricks that on 65 pound machines! They were built in the middle '50s, by which time they had taken on design elements of jet aircraft and even rockets. By the '60s, they were becoming leaner and simpler. Digital image. The CELERIFERE: The First Bicycle Ever Made. HubPages, 2000. Web. 23 Sept. 2012. <http://joannabicycle.hubpages.com/hub/celerifere-first-bicycle>. 2002 March People use bikes to express themselves Invented in 1817 by Baron von Drais so that he could get around the royal gardens faster. To move the machine you would push your feet on the ground, turning the wheels. The machine became known as the hobby horse. It was made completely out of wood. It became popular because it was fun. It was not an efficient form of transportation on anything but a well- paved road. 1800 Wooden Bike. Digital image. Bike. N.p., 2010. Web. 23 Sept.2012.<http://www.dupontregistry.com/autos/newimages /27102/largeimages/101_1_TULSA11101.jpg>. Bikes can be used for transportation, thrill, sports, and for just an activity. The High Wheel Bike The Walking Machine A "header" 1800 The bike had a lot of potential for being famous, but the fact that riding it was very uncomfortable opened up opportunities for innovations Bicycle Innovations global impact of the bike Member Bike Patents 1900 The first all medal bike was made who uses the bike 2012 The next two-wheeled riding machine was invented in 1865. This one was different from the last where pedals were applied directly to the front wheel. Since it was made entirely of wood it made the ride rough, bumpy, and uncomfortable. They were often ridden indoors and commonly in big cities. People race bikes for fun. my innovation timeline of the bike (cc) image by jantik on Flickr Richard Rude Descends To Silver In Junior Downhill at MTB Worlds. Digital image. USA Cycling, Incorporated, 2012. Web. 23 Sept. 2012. <http://www.usacycling.org/richard-rude-descends-to-silver-in-junior-downhill-at-mtb-worlds.htm>. The first bike that had pedals was invented The Kids Bike We have innovated the bike to meet our needs. By: Megan Schmitz and Marianna Mayer intro to engineering period 7 The High Wheel Tricycle If I could change the bike I would make it so that the bike had a built in lock. This way people wouldn't have to buy a lock and remember to bring it with them wherever they go. The person could just take the lock that was already attached to the bike. In 1870 the first all metal machine appeared. This is the first time that people have been able to make a metal light enough for the bike to work. The bike had solid rubber tires. It had a large front wheel that provided a much smoother ride and also allowed the bike also to go further with one rotation of the petal. People would often purchase a wheel as large as their legs would reach to. It was the first bike to be called a "bicycle". These bicycles were became very popular. 1870 citations Engineers added motors to the bike The Wright brothers owned a bicycle shop 1955 There are patents for suspension devices for the seat of the bike. shock absorbing seats, pedal range adjusters, folding bikes, tricycles, and front and back wheel brakes all have a patent. 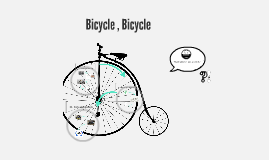 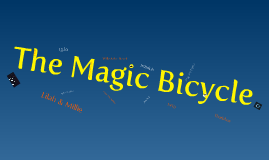 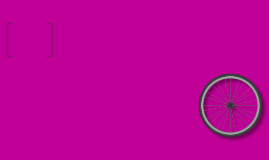 Transcript: The Bicycle! The bicycle otherwise known as the bike, was invented in 1885, as the safety bicycle! It was invented by James Starley in Coventry England. James Starley was born in 1830, in Albourne Sussex.The original idea of the bicycle belonged to him but it was his nephew, John Kemp Starley who started showing the invention, 4 years after his uncle's death. The bicycle is a non-motorized vehicle, with two wheels, and is powered by the rider. You move it by turning the pedals attached to the back wheel by a chain, stearing with the two handlebars and breaking with the handbrakes. The bicycle is the primary source of transportation in many places. It is also used for exercise. Plenty of people use the bicycle to loose weight or get in shape. Bikes have changed alot over the years. So people can get the best use out of them. They've changed so you can get more exercise, be more comfortable and travel faster. Bikes will always be used because it's something everyone can enjoy! :)