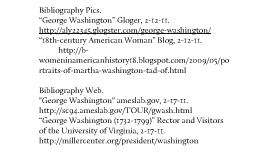 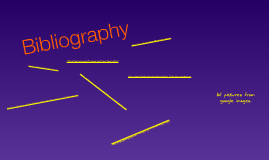 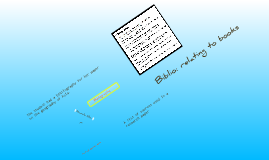 Transcript: Bibliography Sounds like: Part of speech: noun A list of sources used in a research paper Biblio: relating to books The student had a bibliography for her paper on the geography of Asia. Geography 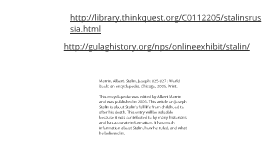 Transcript: Marrin, Albert. Stalin, Joseph: 825-827 : World Book: an encyclopedia. Chicago, 2006. Print. This encyclopedia was edited by Albert Marrin and was published in 2006. This article on Joseph Stalin is about Stalin's full life from childhood to after his death. This entry will be valuable because it was contributed to by many historians and has accurate information. It has much information about Stalin, how he ruled, and what he believed in. http://gulaghistory.org/nps/onlineexhibit/stalin/ http://library.thinkquest.org/C0112205/stalinsrussia.html 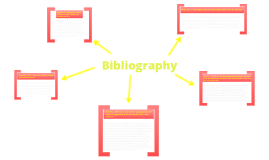 Transcript: Bibliography Charles G. Kels is a recent graduate of the University of Pennsylvania law school. The article talks about the rights of minors for informed consent and also the instances where they could withhold it especially on some medical procedures. It also emphasized the different grounds with regard to false promise confidentiality made innocently but incorrectly by medical professionals. The Military Health System’s (MHS) task, in deferring to state laws governing consent for medical treatment of minors, unless those laws conflict with federal guidelines. Aside from the informed consent to minors, the article also emphasized on the exceptions based on the minor’s status and in their medical condition. A.G.M. Campbell is a pediatrician working in one of the most technically sophisticated areas of medicine: the new specialty of neonatology, which provided high intensity care to premature infants. The article gave emphasis on the right of children for informed consent as research subjects. It provided guidelines for non-therapeutic researches which could provide sufficient protection for infants and young children that are used as participants in research projects but still allowing the researcher to conduct it based on its goals and objectives. Michelle L. Eder, PhD, Amy D. Yamokoski, MA, Peter W. Wittmann, BA, Eric D. Kodish, MD are the makers of this study. They are affiliated in Center for Health Research, Kaiser Permanente, in Portland, Oregon, Department of Bioethics at Cleveland Clinic Foundation in Cleveland in Ohio, and Department of Pediatrics in Lerner College of Medicine, respectively. The main goal of the paper was to elicit information from the parents of children with leukemia regarding improving the informed consent process. 140 parents were used as participants and four different methods to gather data were used. The most frequently cited suggestions for improving informed consent during the interviews and focus groups related to giving parents more time to make their decision, the amount and type of information provided, organization of the consent conference, communication style, and providing additional materials. During the parent advisory group on informed consent meeting, parents developed specific guidelines for organization of the information that is presented during the consent process that include 7 major components: timing, sequence, checklist, checking for understanding, anticipatory guidance, segue into randomized clinical trial discussion with historical perspective, and choice. Kluge, E.H. (1 May 1995). Informed Consent by Children: the New Reality Bowden, V.R., Greenberg, C.S. (2009). Children and Their Families: The Continuum of Care Eder, M.L., PhD, et.al. (1 Apr 2007). Improving Informed Consent: Suggestions From Parents of Children With Leukemia Kels, C.G. (1 Aug 2010). Confidentiality and consent: why promising parental nondisclosure to minors in the military health system can be a risky proposition Bowden DNSc, RN, is a professor at the School of Nursing and the director of the APU Honors Program at Azusa Pacific University. On the other hand, Greenberg, DNSc, RN, CPNP, is an associate professor and Chairman of the department of nursing California State University Fullerton. Their book focused on the role of the Institutional Ethics Committee. In the said book, they have emphasized that IEC should always be consulted in difficult or unusual cases when conflict or lack of agreement exists between parents and physicians or among the professional staff regarding the course of action that is in the best interest of the child. Also, emphasis on family-centered care throughout the family life cycle and managing health challenges were also given. Campbell, A.G.M..( 3 Aug 1974). Infants, Children and Informed Consent Kluge has a B.A. (Calgary)and an A.M., Ph.D. (Mich.). He is a professor and departmental ombudsman. He was able to teach at various universities in the US and Canada before coming to the University of Victoria. In 1989 he was asked by the Canadian Medical Association to establish the Department of Ethics and Legal Affairs, and was its first Director. He was the first expert witness in medical ethics recognized by Canadian courts, and has acted in that capacity in Alberta, British Columbia and Ontario. His artivlegave emphasis on the recent legislative changes in British Columbia and New Brunswick that allow children to make their own decisions about health care, something that used to be the prerogative of their parents. In this article, Eike-Henner Kluge argues that the changes hold profound implications for physicians. According to him, they increase the responsibility placed on doctors, who must now consider whether a child is indeed competent, and whether the decision made by a competent child is indeed in the child's best interests. 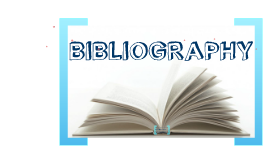 Transcript: 7 Create an alphabetized list of your sources based upon the author’s last name. If the source you are using contains two or more authors, use the last name of the author listed first on the title page. BIBLIOGRAPHY 5 what is BIBLIOGRAPHY? After the author’s name, list the date of publication in parentheses, with a period following the closing parenthesis. 4 8 2 Begin a new page separate from the text for your bibliography or reference list. 6 Why Do We Use the APA Format? Steps in writing BIBLIOGRAPHY (APA): For each source, list the author’s last name and first initials, with a comma separating the names and initials and periods after the initials Book: Morales, L. (1987). The history of Cuba. New York: Franklin Watts. Encyclopedia Article: Parker, S.A. (1947). Fetal development. In International encyclopedia of pregnancy (Vol. 7, pp. 202-207). New York: Aesculapius Publishers. Newspaper Article: Amazing women. (12 Jan. 1955). The Journal News, pp. D11, D14. Website: Summers, M. (2007) Cool scenes. Retrieved August 27, 2007. List the title of the work (book or journal) in italicized text, with a period following the title 1 Title the page. Center your text, and write "References" or "Bibliography." Don't italicize or underline the text. Also leave out the quotation marks and period. List the title of the article List the place of publication of the book (city, state or just city) and then the name of the publisher, with a colon separating them 3